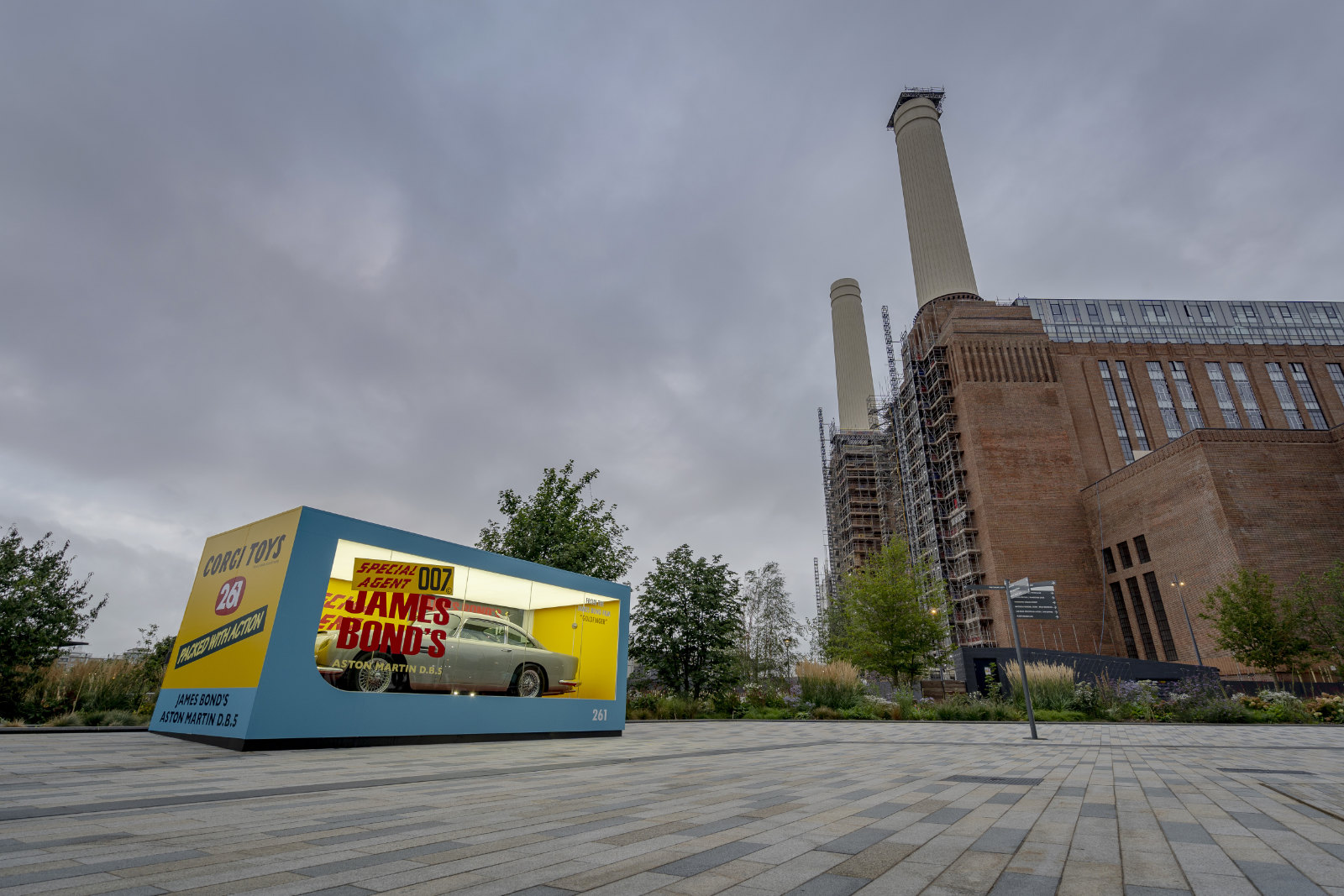 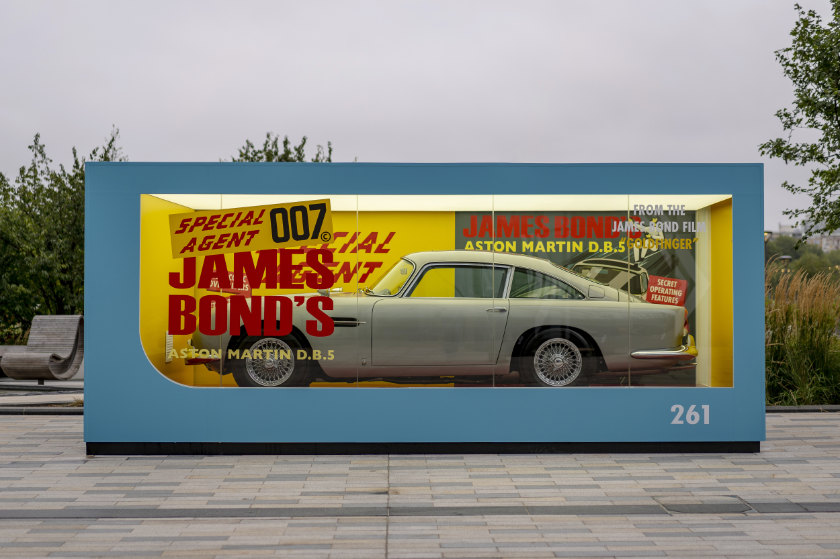 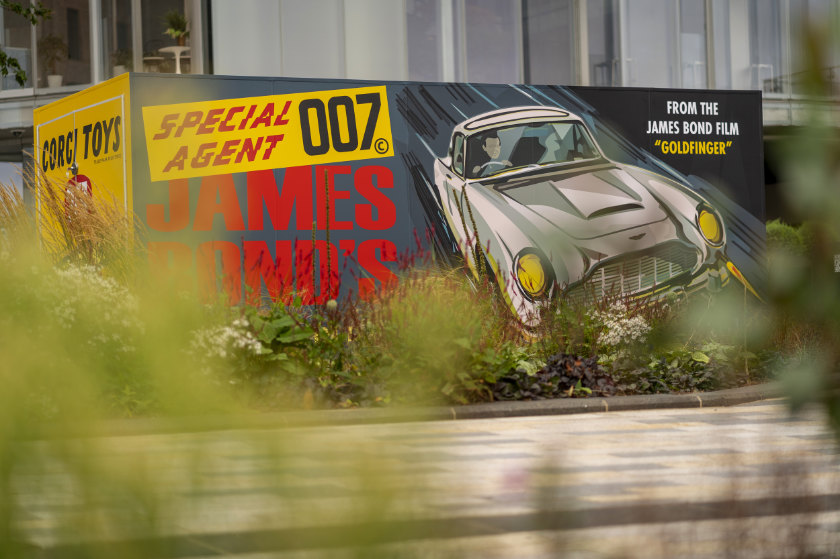 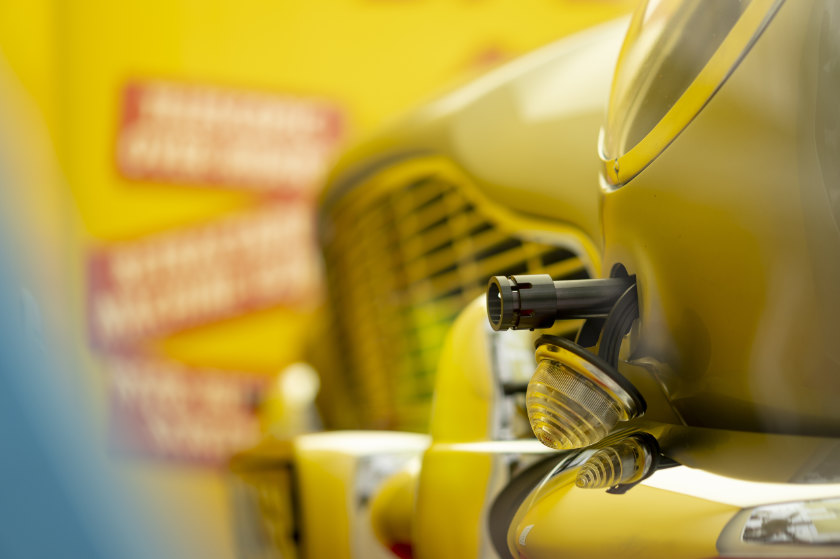 With a month to go till the latest James Bond thriller No Time to Die’s world première on September 30, Aston Martin and Corgi Toys have unveiled a full-size replica of the 1965 Corgi scale model of the Goldfinger Aston Martin DB5.
The replica—one of the 25 Goldfinger Continuation cars complete with rotating number plates, bulletproof shield, front over-riders and machine guns (this last item simulated)—is housed in a Corgi replica box measuring 5·66 m × 2·7 m × 2·7 m, located at the Coaling Jetty outside Battersea Power Station. It will remain there till October 1 as part of No Time to Die’s promotions.
The replica reminds us of how influential the 1964 James Bond film Goldfinger was, with its gadget-laden DB5, with Corgi’s scale model, originally at c. 1:43 scale, named UK Toy of the Year in 1965. It has endured in Corgi’s range ever since, through the original company’s bankruptcy and revival, and numerous acquisitions. The model has had to be retooled numerous times, and over 20 million have been sold to date. It is still being produced today.
The unveiling was carried out by Aston Martin’s chief creative officer Marek Reichman, who was joined by James Bond special effects’ coordinator Chris Corbould, OBE, who has worked on No Time to Die and 14 prior Bond films. Corbould was also involved in the gadgets on the DB5 Goldfinger Continuation cars and the DB5 stunt replicas in No Time to Die.
The new film also features other Aston Martins, including the Valhalla hypercar, the DBS, and the V8 last seen in 1987’s The Living Daylights. 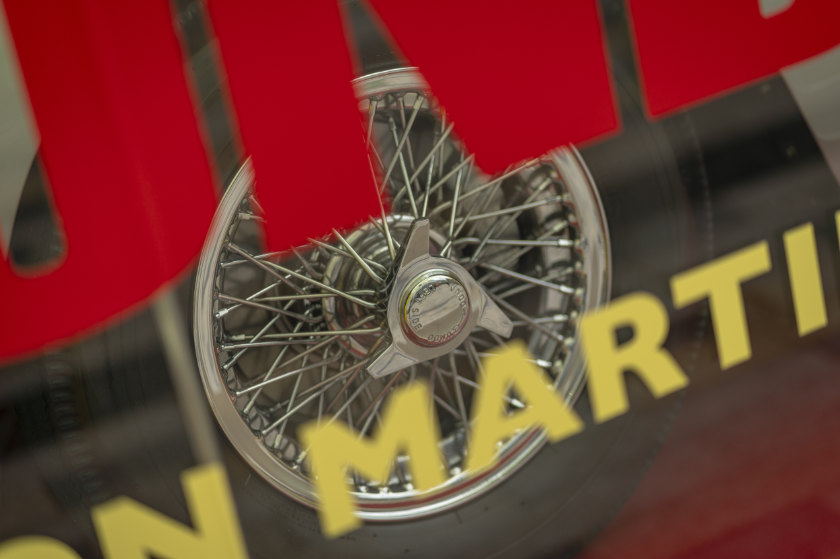 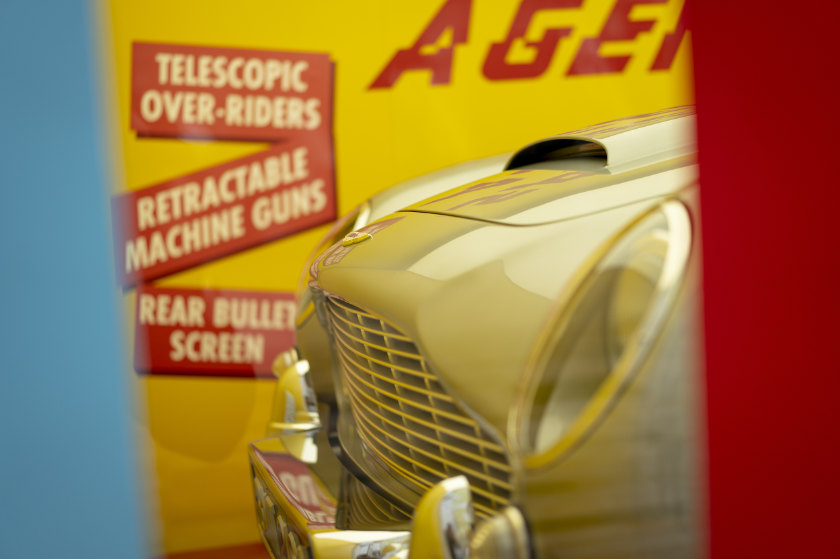 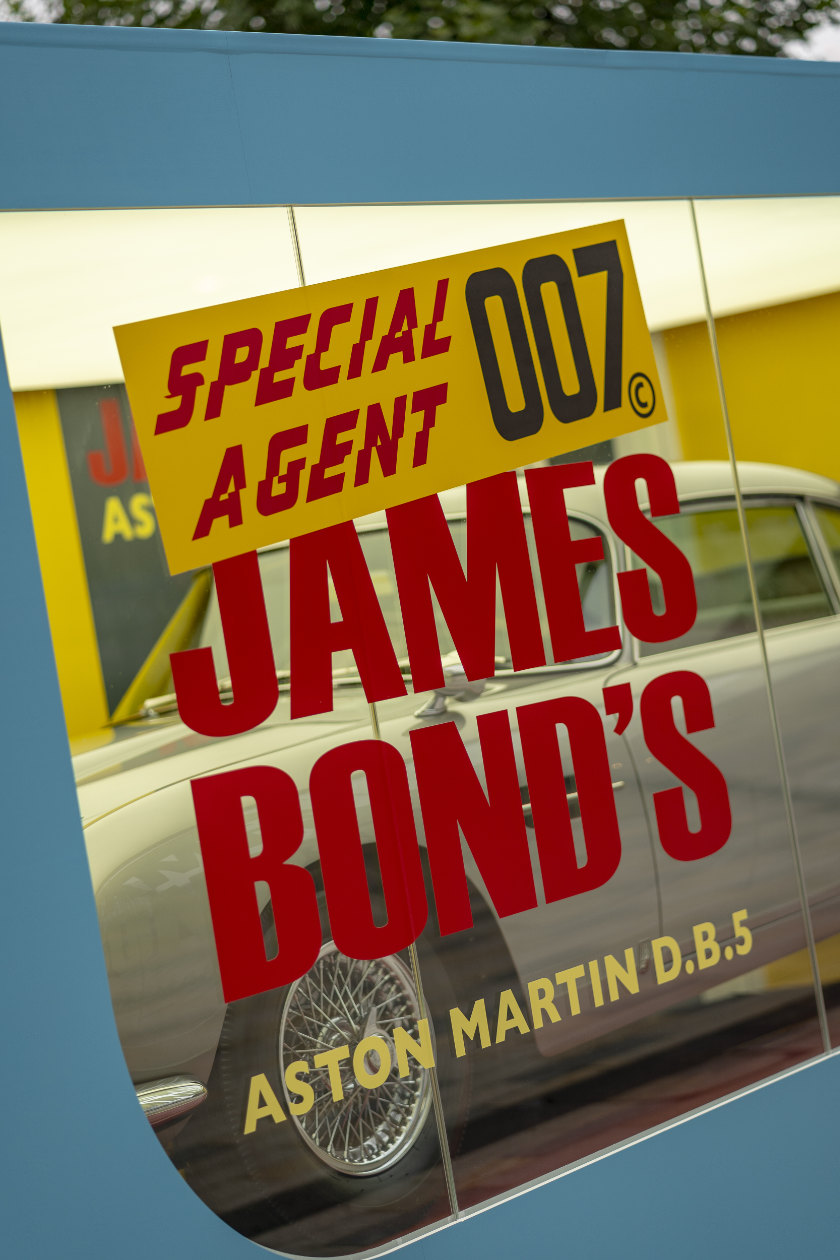 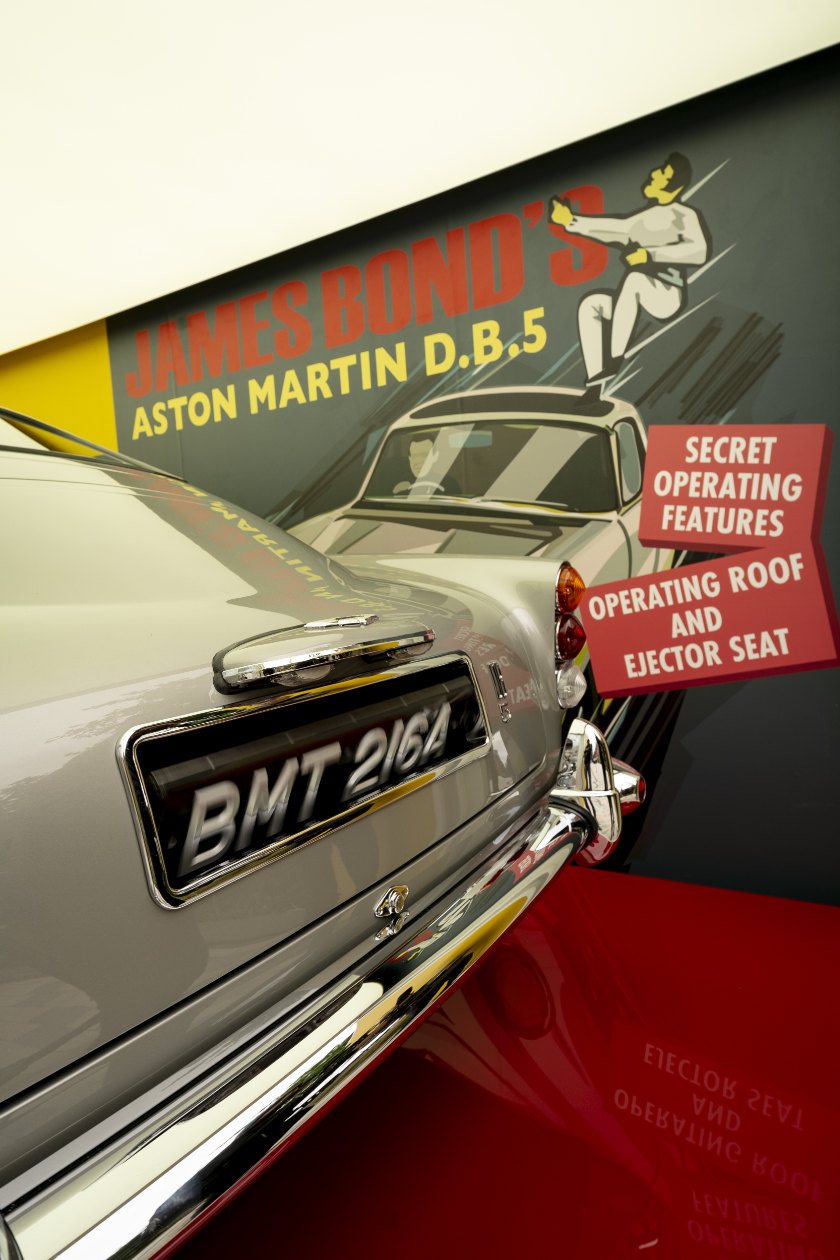 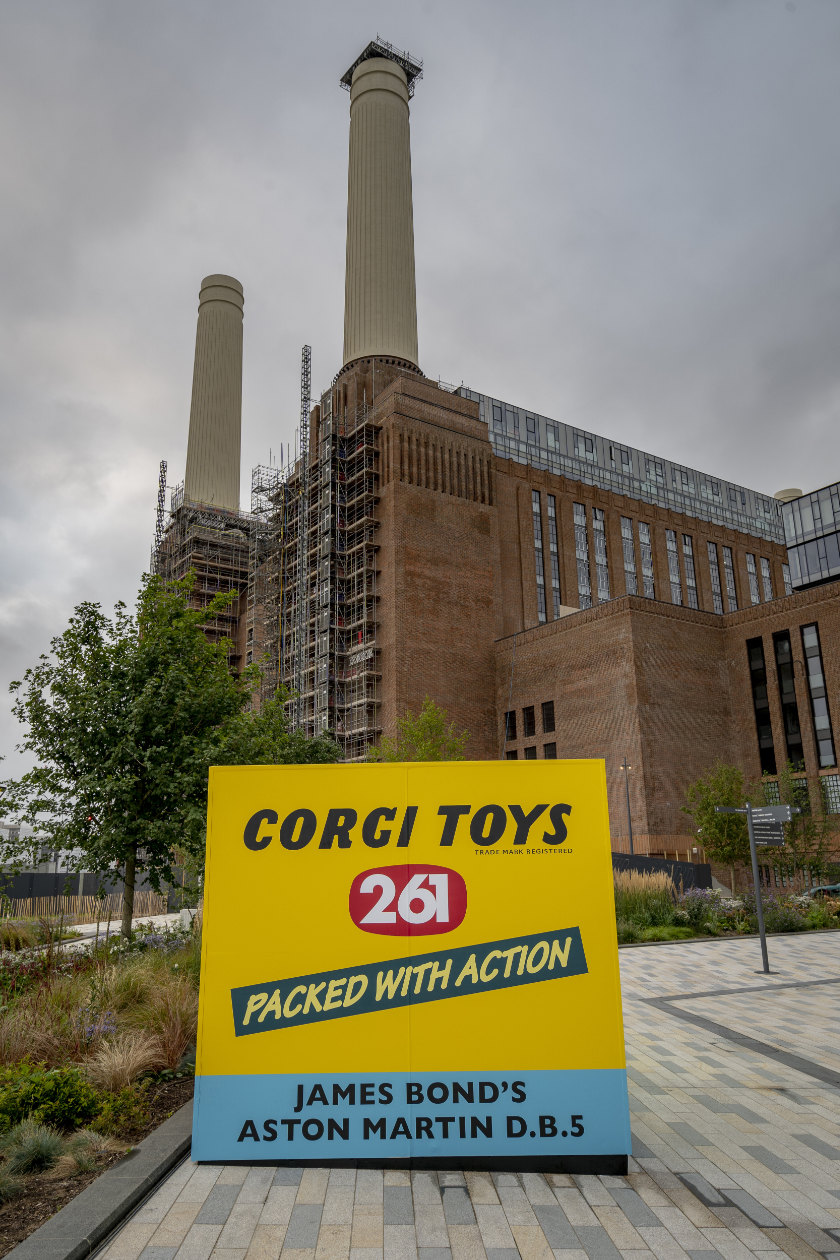 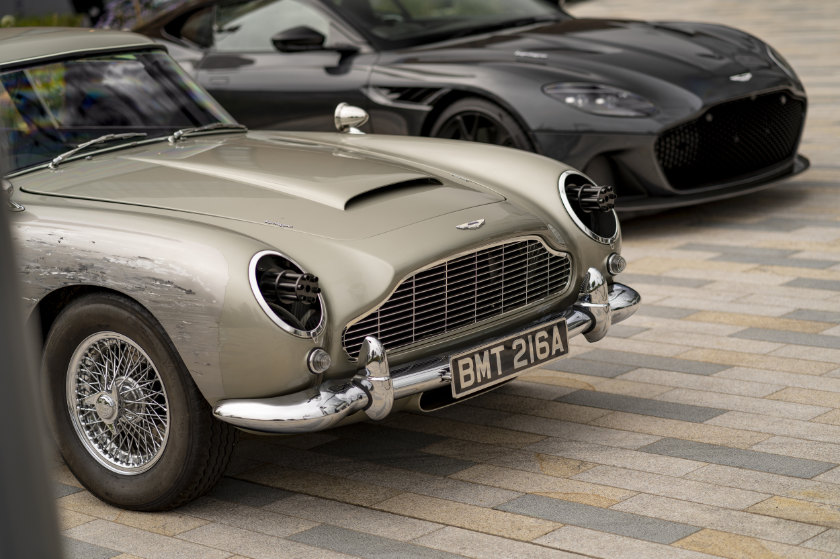 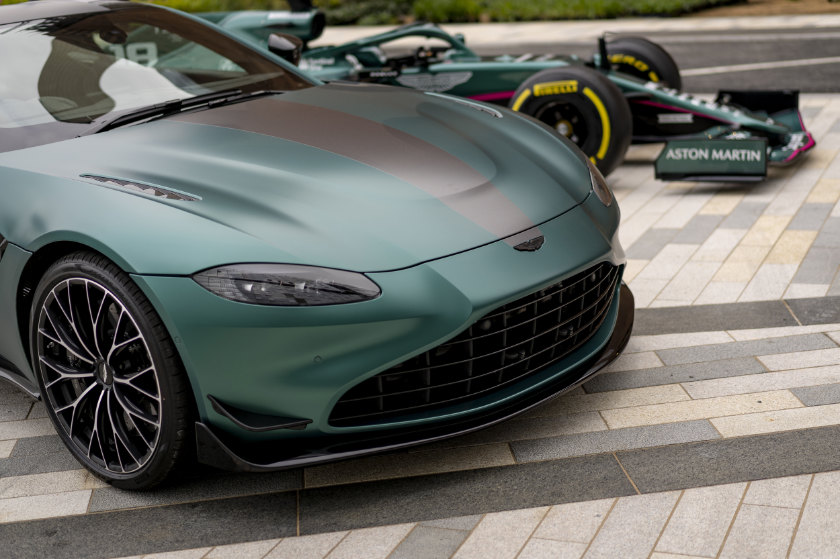 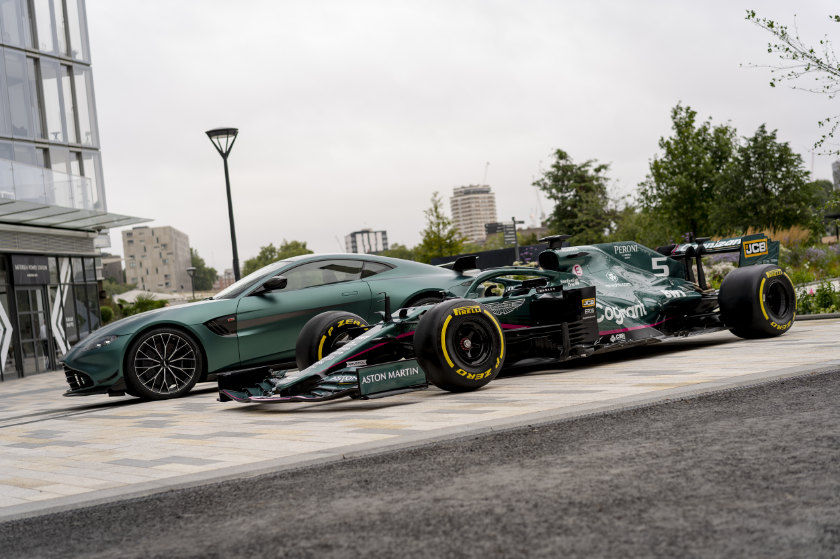 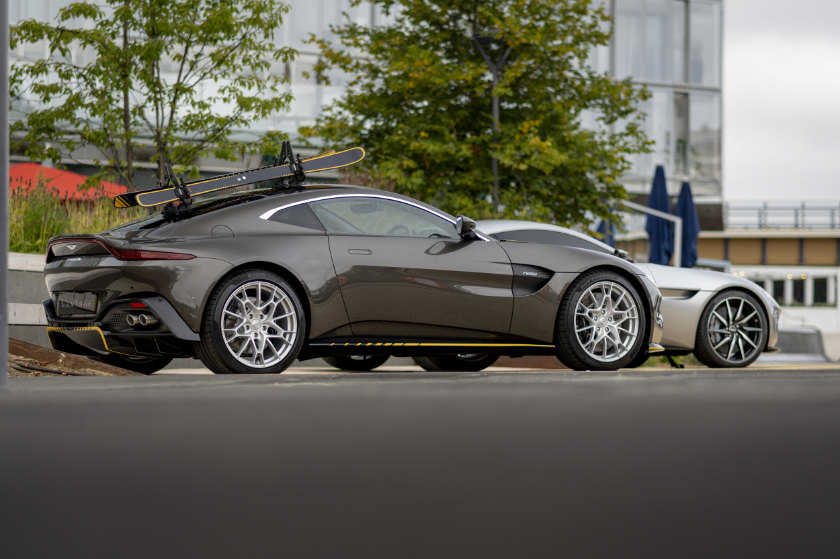 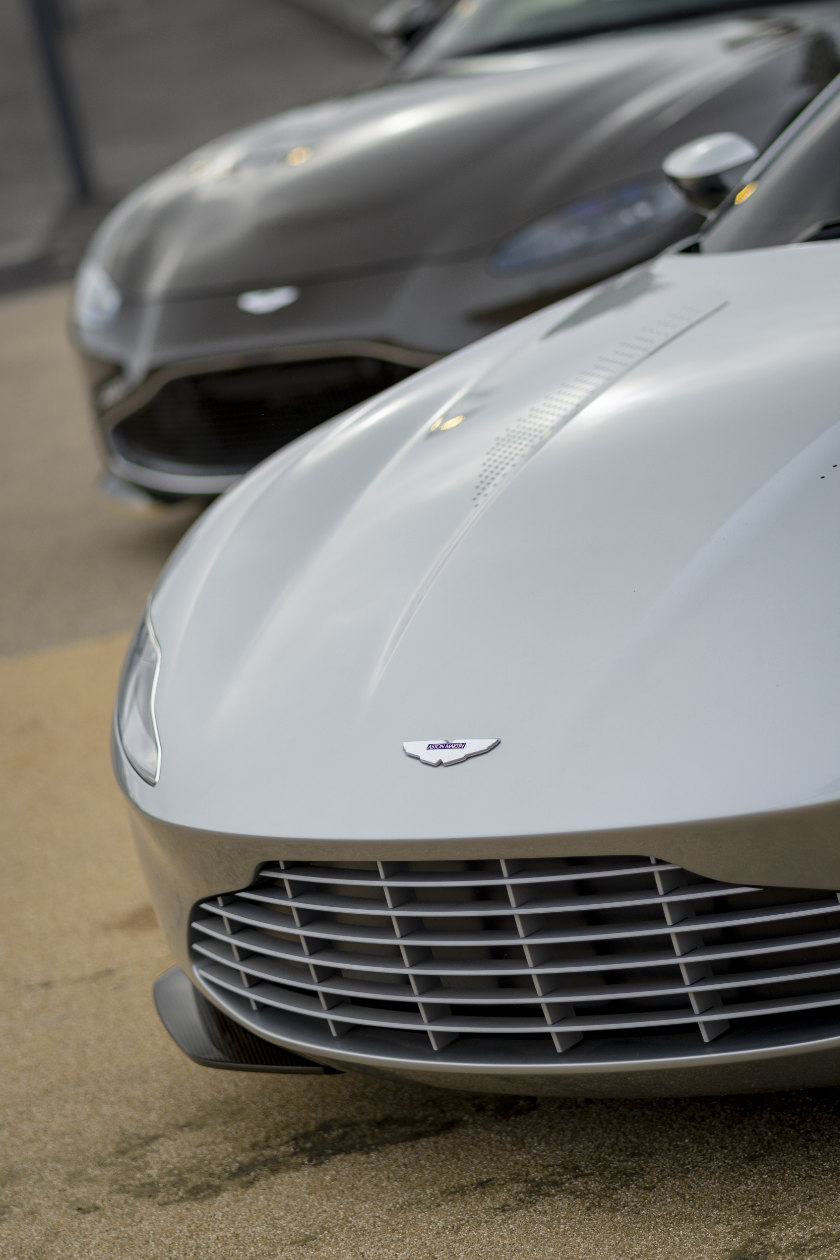