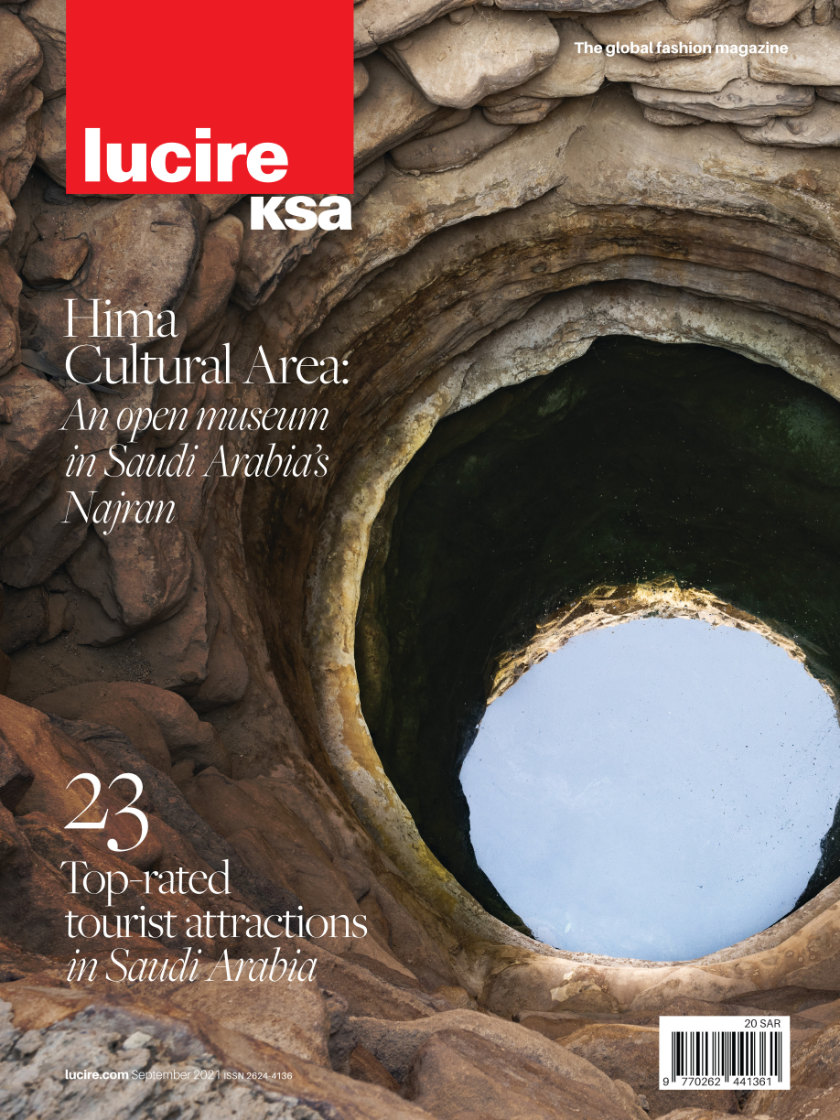 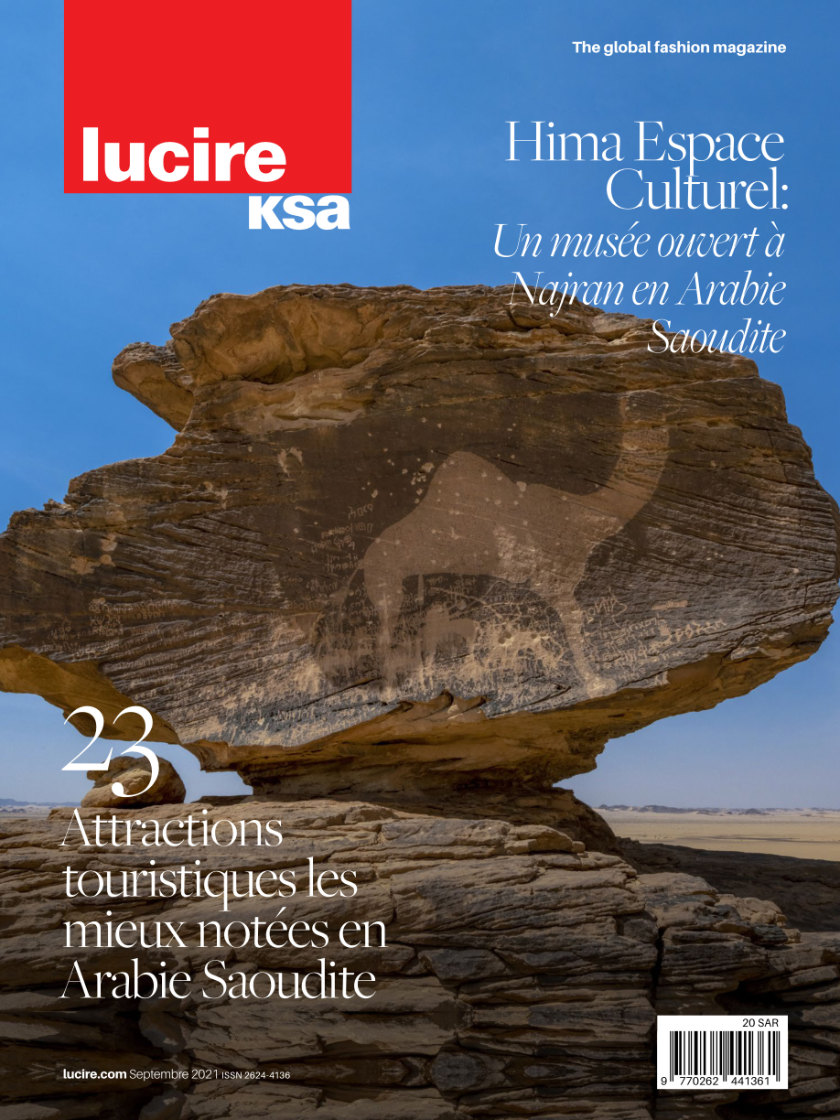 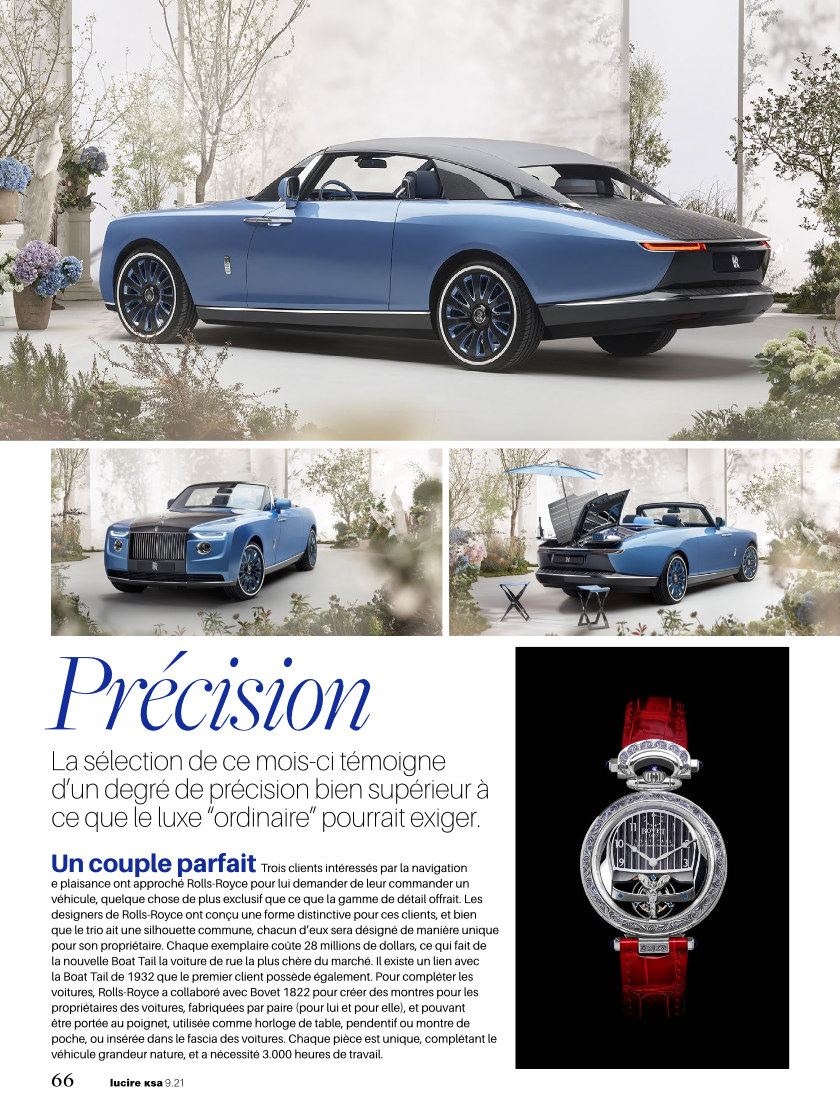 Top and centre: Lucire KSA issue 31, in English and in French. Above: One of the articles in French inside the magazine.

I’m very grateful to the team at Lucire KSA, who have created the first Lucire in French this month. They had an opportunity to reach Francophone readers, and the first issue is now out in the Kingdom of Saudi Arabia.
We’re currently working with the crew there on the second issue, with our translators in Antibes, France and here in Wellington, New Zealand, and the hope is we’ll eventually craft some exclusive French content. As has been the case since earlier this year, the Lucire KSA team chooses their own covers to suit their market, and inside there’s the mix of fashion, beauty, travel, lifestyle and culture that readers have come to know and love.
As a Francophone myself, I’m thoroughly impressed by the quality of translation for Lucire KSA’s September 2021 number, which has set a high standard for our team to meet for October, our anniversary month.
My small contribution this month was that I proofed the September issue before it was completed, and contributed the French titles of a number of films. Reading Cahiers du cinéma and Première all those years ago paid off.
What we may see from October 2021 are some of the French articles online, letting you choose which language you want to read it in. We’re having a look at the template now—after all, the current web one dates back to 2013, which is a long time in internet terms.
It marks the fourth language for Lucire: English being the first, followed by Romanian, and two issues in Qatar in Arabic over a decade ago. We briefly experimented with a Chinese-language website, but as it had a single article, I don’t think I can count it in this tally.
I want to thank publicly a few Francophone Wellingtonians: Carine Stewart, Sylvie Poupard-Gould, and Geneviève Rousseau Cung, all of whom have played a part in Lucire over the years, and whose actions led to us finding the translation team. As some of you know, Sylvie named Lucire in 1997—little did we know I would be writing this message 24 years later.
It feels like another step forward for us, with our five editions: this, the original web one, our New Zealand print edition (which was our second), Lucire KSA, Lucire Rouge over in the US with Elyse Glickman and Jody Miller, and now Lucire KSA en français. I thank everyone for their support and initiative. En avant!—Jack Yan, Founder and Publisher