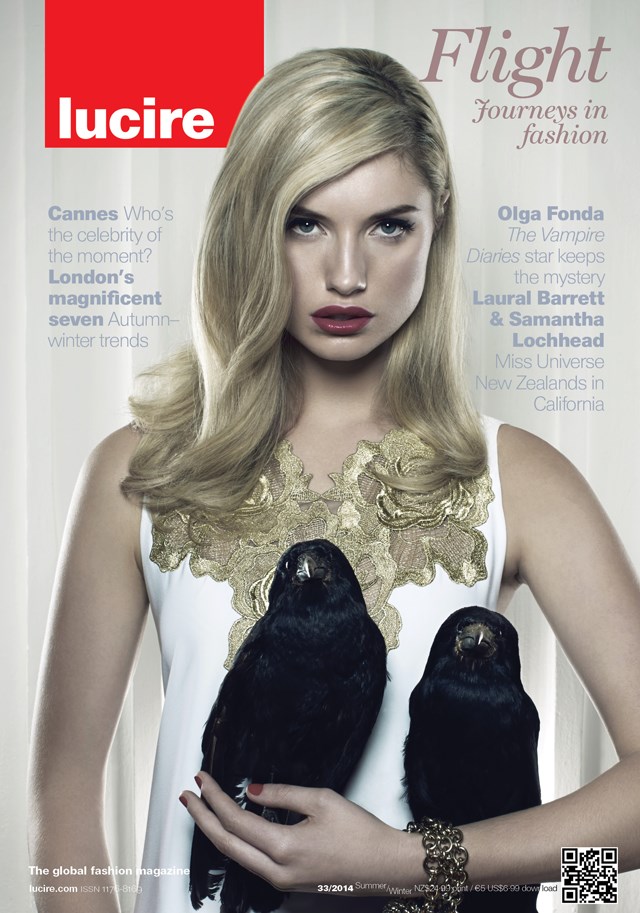 Lucire issue 33, on sale today, marks a number of firsts and is one of the best we’ve had.
We’ve always been very fair on who makes the cover. Sopheak Seng, our fashion and beauty editor, and I choose from all the images we have, and these include ones that he has produced as creative director or stylist. And in the years we’ve worked together, he’s opted not to put his ones ahead of others’. We’ve both gone for what is best for Lucire. Some shoots that have appeared on the cover he has worked on in a supervisory role, but others have come from our brilliant network of creatives worldwide.
Issue 33 sees his first cover that he has directed, and it’s one we’re both exceptionally proud of. Photographed by Dave Richards, and with the A-team of Michael Beel on hair and Hil Cook on make-up, assisted by Jaye Morgan, Natalie Henderson and Andy Alsop, and modelled by Chloé Graham, it’s the first time in 17 years that we’ve cropped the Lucire logo behind the model’s head.
We realize this technique is commonplace and it’s probably a surprise to anyone reading the above that that hasn’t happened before. And we’ve had many great images—only the best get selected for the coveted spot. But for some reason, when it came to the crunch, we opted to keep the logo complete, as have always done on the website. This time, the image was so striking that we felt it was time to take the scalpel to the logo, thanks to head designer Tanya Sooksombatisatian.
It is Dave’s first shoot with us, so to score a cover on your first go is very impressive, though it has happened a few other times—Courtney Dailey with Laura Vandervoort in issue 29, for instance.
I have a feeling, too, that Chloé is the first Scot to be on our cover. While a New Zealander, she hails from Glasgow, and this is rather timely with the Commonwealth Games about to commence.
I congratulate my good friend and colleague, Sopheak, and I think this is going to be one of those memorable Lucire covers that will be cited in years to come.
There’s plenty more inside, and you can get a taste of the articles in our issue 33 preview.
I’m very proud of one shoot by Jon Moe in there, with our California A-team of Jamie Dorman (now in New York, but who was our pointwoman on the shoot), Lei Phillips and Carina Tafalu, and starring two former Miss Universe New Zealands, Laural Barrett and Samantha Lochhead, each in their second appearances in Lucire. Jon lovingly shot this at Riviera 31 at the Sofitel Los Angeles, and I acknowledge our US west coast editor, Elyse Glickman, for her connections with Pivotal Public Relations in getting us the location.
It’s not the only cover that we can talk about: some of you will have seen Dorit Thies’s and Olga Fonda’s announcement of their cover for Lucire Arabia. (The story is in issue 33, too, but it was strongly felt that Dorit’s shot was the best to début our title there. When you see the pages, you’ll also notice why this is an incredible shoot with the Vampire Diaries star.) We’ll have more on that officially soon, but, for now, you can get your issue 33 through the Lucire website, in print, for tablets (Ipad and Android), and as a downloadable PDF.—Jack Yan, Publisher