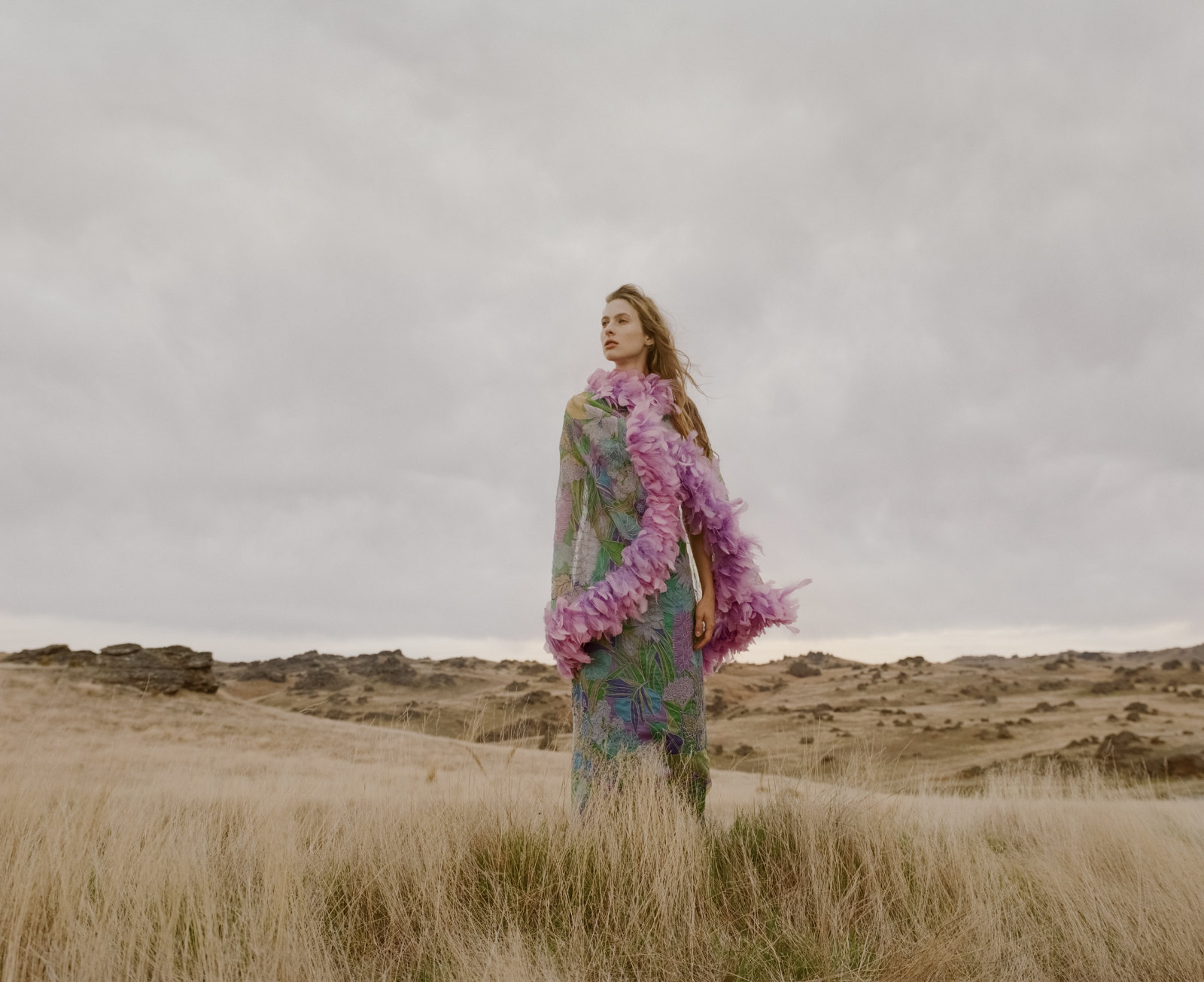 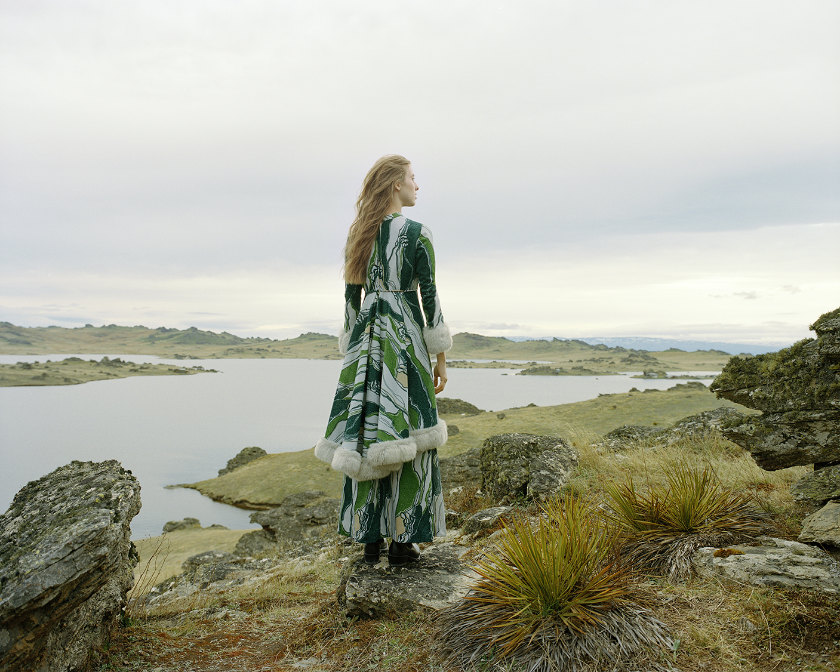 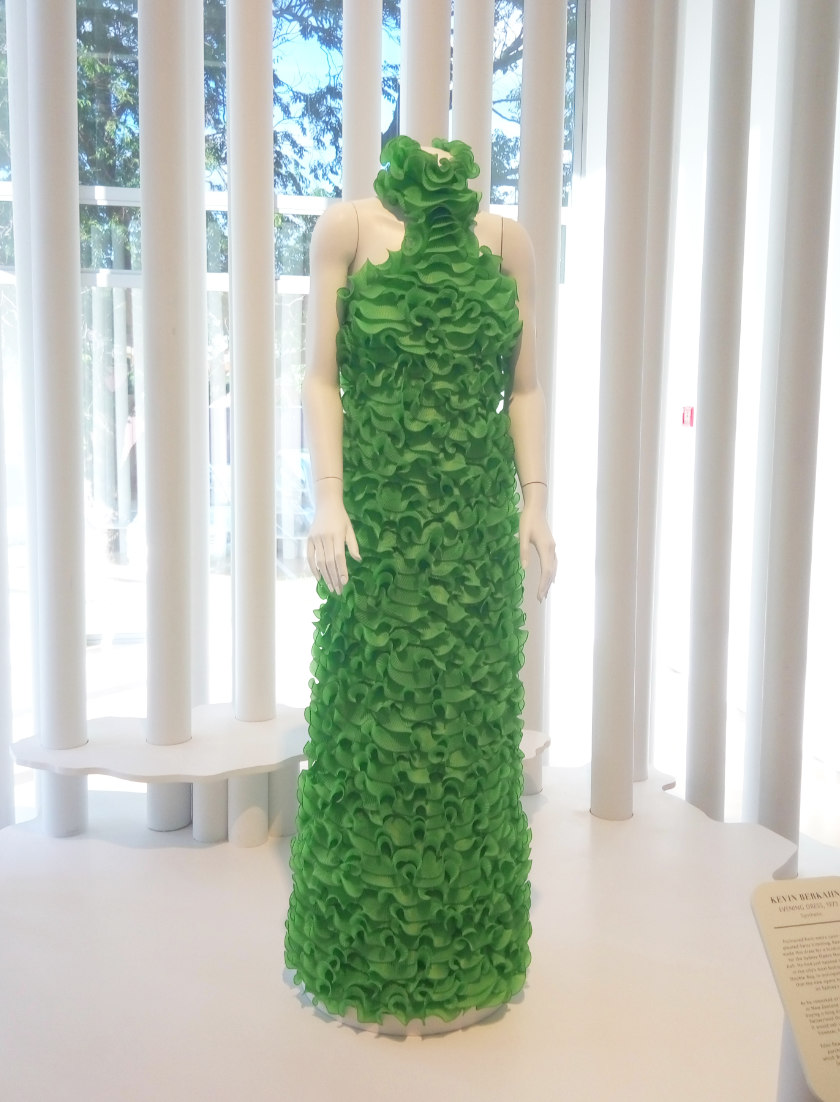 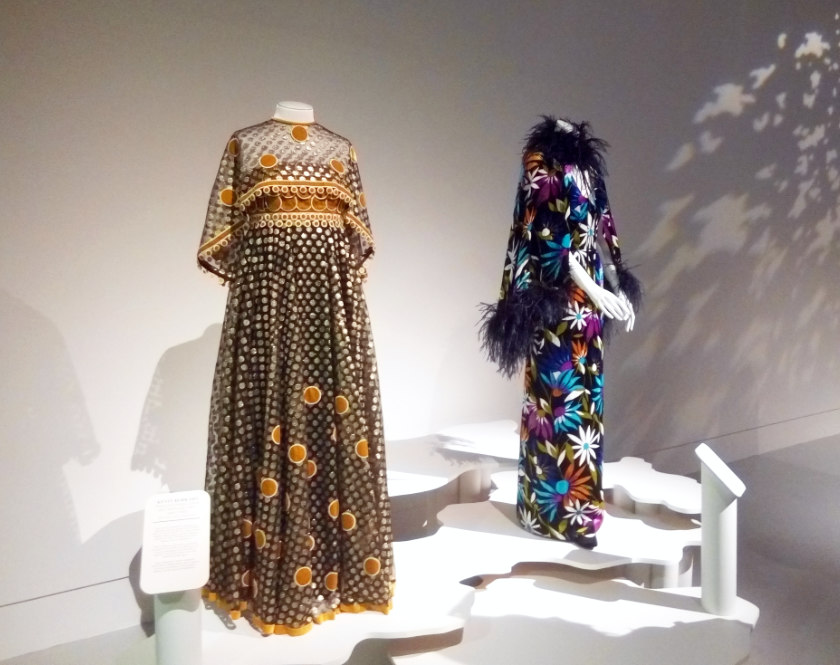 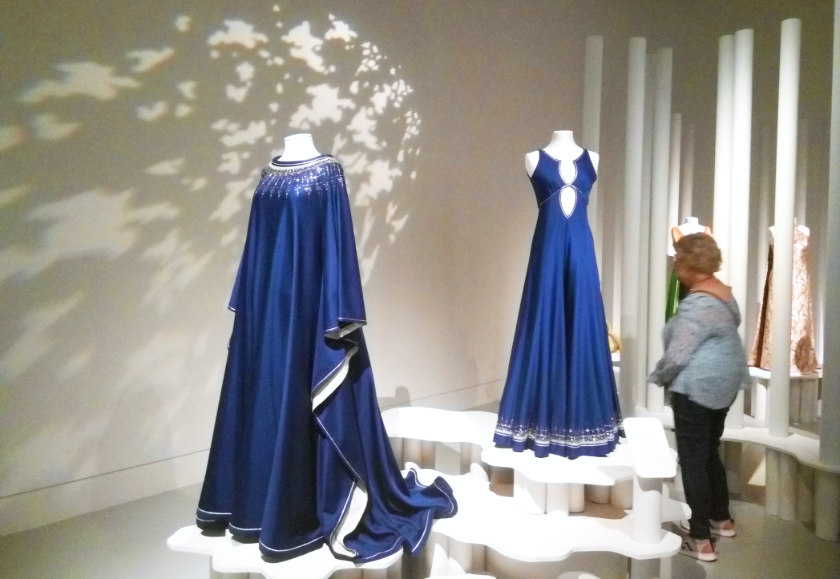 
Central Otago farmer Eden Hore (1919–97) might not strike one as a collector of high fashion gowns, but this individual admired good design so much that he amassed an enviable collection of over 200 gowns during the 1970s and 1980s from designers such as Kevin Berkahn and Vinka Lucas. A small fraction of the collection goes on display at Eden Hore: High Fashion/High Country from December 4 at the Dowse in Lower Hutt, New Zealand, along with images by noted photographer Derek Henderson and stylist Megha Kapoor featuring model Hannah Clark.

Hore was an individual who had already found success in farming and business, and was known for his love of the exotic and unusual, including Jim Beam whiskey decanters, Franklin Mint dolls, rare animals in his private zoo, and a 21-jet fountain on his property.

He made his first purchase in 1970, a hand-woven gown in merino wool. His interest was sparked by his housekeeper, Alma, who was a part-time model, and his friend Joe Brown, who ran the Miss New Zealand beauty pageants.

The collection formed part of his Glenshee Fashion Museum opened in 1975, between Naseby and Danseys Pass in Central Otago.

When the gowns were acquired from the Eden Hore estate in 2013 for NZ$40,000 by the Central Otago District Council, some eyebrows were raised, but it is arguably one of the most important collections of 1970s fashion by New Zealand designers assembled by a private collector. A steering committee was formed soon after, consisting of Otago Museum historian Dr Jane Malthus as co-patron, Nom D founder Margi Robertson, public relations’ consultant Paul Blomfield, arts’ consultant Tim Walker, and Te Papa senior curator (New Zealand histories and culture) Claire Regnault. They had determined that the collection was nationally significant.

Additionally, Malthus knew Hore, and the committee was further supported by actor Sam Neill as its second patron.

In 2019, the Council entered a partnership agreement with New Zealand’s national museum, Te Papa. The exhibition, with free entry, is the result of a partnership between the Dowse and the Council, and has been curated by both Regnault—who had previously been with the Dowse—and Dr Chelsea Nichols, its senior curator. It marks the first time since the late 1980s that the Eden Hore collection had been seen in its own exhibition beyond its original South Island home.

Hore sourced his gowns from the most glamorous of places in the 1970s, from the Benson & Hedges Fashion Design Awards to the annual Miss New Zealand beauty pageants, as well as A&P and Easter shows and the Australian Gown of the Year competition, which New Zealanders occasionally won. Their creators each had something in common with him: they dared to dream big, in a country that was, at that time, more conservative. Many are one-offs and almost all the 25 on display are exquisitely detailed, with painstaking touches such as hand-embroidered sequins, and a bright array of colours.

The first item as you enter the exhibition is a 1973 evening dress by Kevin Berkahn, which cost Hore the princely sum of NZ$3,000 then—the equivalent of NZ$40,000 today. Berkahn had spent NZ$97 per yard for the Swiss lace he used, and created the dress for a fund-raising parade for the Sydney Opera House’s opening ball.

The exhibition runs till March 20 as part of the Dowse’s 50th anniversary programme. A curators’ talk by Regnault and Malthus will take place at the Dowse on December 3 from 1 to 2 p.m. There is free entry to both.


Jack Yan is founder and publisher of Lucire.