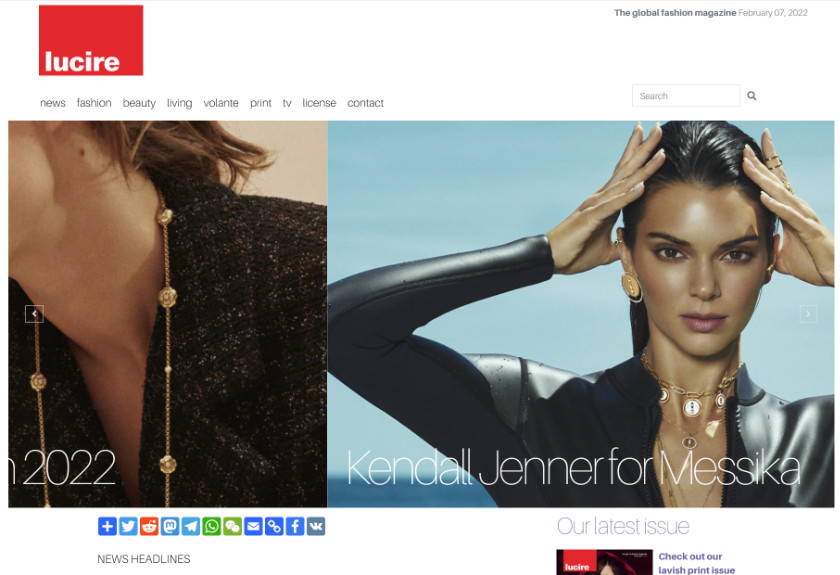 You may be wondering why there have been few updates from Lucire over the past week. It’s not because we’re observing the lunar New Year holiday, but because during January, we were hacked by two parties. One we traced to Los Angeles, California, but the other’s IP address wasn’t as clear.

We had planned for years to put Lucire on to a new server, and Lucire Rouge was already put on to one from its inception, as we closed down Lucire Home. However, what would have taken five hours or so in 2005 now takes several years, since in our experience, computers have become harder to use, and it takes that long to locate experts who know how to do the job when you’re not technically inclined yourself. As you’ve probably guessed, we don’t have in-house people who do these things, and when you’re outside the tech world, it takes time to distinguish between ‘IT experts’, since that’s an incredibly generic term.

Fortunately, three individuals deserve the credit, and as I haven’t sought their permission to mention them (in fact, one has expressly asked I not mention his name), I will keep mum about their identities. The first was the person in the US who set up the new server to host Lucire Rouge; the second, a Wellingtonian who not only put a site for a non-profit on to the same server at my request, but helped with stopping the hackers till 3 a.m. of the night of the first attack in January; and the third, a dear and very patient friend in Johannesburg who has taken it on himself to get Lucire up and running on a third “box”. Each has played a role in what will hopefully be a departure from the old server.

At the time of writing, the new Lucire has been ticking away for several weeks, along with a new JY&A ad server. The ad server itself went live yesterday and is working fine, and, once Amazon releases the domain name during Tuesday, Lucire should come to you live from its new “home” from an environmentally friendly server in Finland.

This friend had to figure out what his predecessor did in terms of configuration a decade ago, and make it all work with the new front end on the server, through which we can manage more ourselves without begging for help from experts.

Once live, the new server should be much speedier, and a fitting way to mark the start of our 25th anniversary year. The proof of the pudding is in the eating, of course, but those errors that have plagued us since the hack—and even during 2021 as our server struggled to cope with the additional traffic—may well become a thing of the past.—Jack Yan, Founder and Publisher

Also in Lucire’s news section
Blogs are good for fashion, as long as we can find...
The people of Lucire
A 25th anniversary retrospective: leading up to Lu...
A number of ﬁrsts for Lucire, with issue 33 on sal...
Sunglass Hut previews Georgia May Jagger; Design C...
Lucire updates: from new cars to Wonderland, not t...
Categories
Los Angeles / Lucire / New Zealand / publishing / technology
Filed by Jack Yan