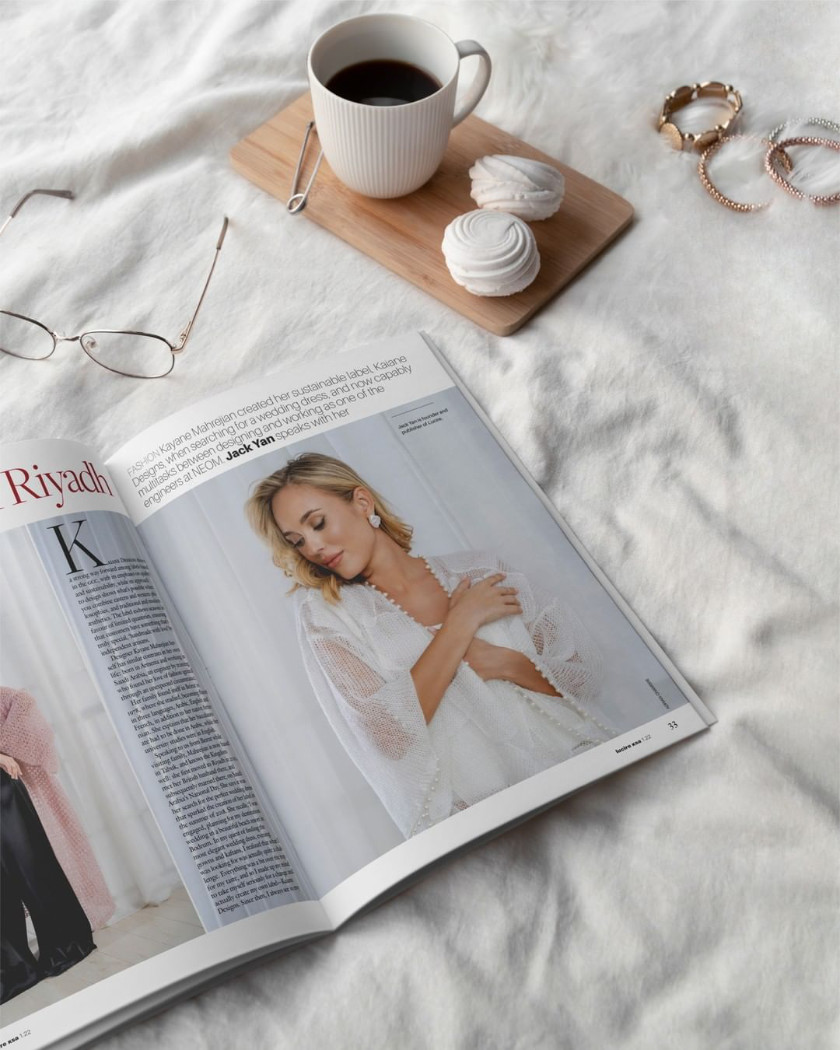 It’s so nice to see Kayane Mahrejian, the subject of our latest fashion feature on the Lucire website, enjoy her copy of Lucire KSA, where her story first appeared. Thank you for sharing this tastefully arranged photo with your Instagram followers.

As some of you have noticed, this site is working more smoothly than it had been for a long time, especially last month, after we were the target of hackers. There are a few bugs that occurred as a result of certain services picking both HTTP and HTTPS versions of this site (the former works with the news section’s header images; the latter doesn’t, yet) so some of the plug-ins show repeated headlines. I’m incredibly grateful to my friend who has been doing the shifting of data, and making sure it all works afterwards—I’ve taken up a lot of his time and I wish I could give him public credit, but he has declined.

We are also serving some pages via Cloudflare, which has been very handy, especially as it gives us traffic summaries, something it didn’t give when I last used it in 2012. We are returning to a set-up that’s closer to that one, but I have been surprised at how the technology has changed—notably being much harder to use. Whomever said that computers would get easier to use wasn’t correct.

Happily, Cloudflare allows us to block intruders easily, so if we are the subject of another attack, we might be able to keep them at bay ourselves without urgently calling tech friends with an SOS.

Funny how things change over 25 years. Once upon a time I would have insisted on the web edition, the first one, of Lucire being called Lucire. The print editions were the spin-offs (my hard drive used to have a folder called Lucire print). In the mid-2000s, I wanted them all to be called Lucire, even Lucire Romania, but as we found in the 1967 version of Casino Royale, not everyone can have the same name. It doesn’t confuse just the enemy, but the audience, too.

Nowadays I’m inclined to call this ‘the web edition of Lucire’ (internally I’ve heard ‘the main site’ and ‘Lucire Classic’, and the latter doesn’t work for me as it sounds like a historical spin-off), the first print edition ‘the home edition’, and the rest take their names (Lucire KSA, Lucire Rouge, Lucire Men; though there is Lucire KSA en français that we seem to refer to without its language qualifier).

Stories you may have missed if you’re relying exclusively on your RSS feed to give you everything: we’ve profiled BeMystique, a UAE-based beachwear label (the story first appeared in Lucire Rouge, which has its own RSS feed), and Kayane Mahrejian, the KSA-based founder of UAE-based Kaiane Designs. Reilly Sullivan spoke to The Real Housewives of Beverly Hills’ Sutton Stracke, and his story appears here. Features in the non-content management system (CMS) part of Lucire’s web edition are still done the old-fashioned way (laid out with Dreamweaver) and not added to the RSS feed, which only serves the news section. We’ve not come across an easy way to integrate them into a single feed in the 14 years we’ve operated a CMS on this site!—Jack Yan, Founder and Publisher