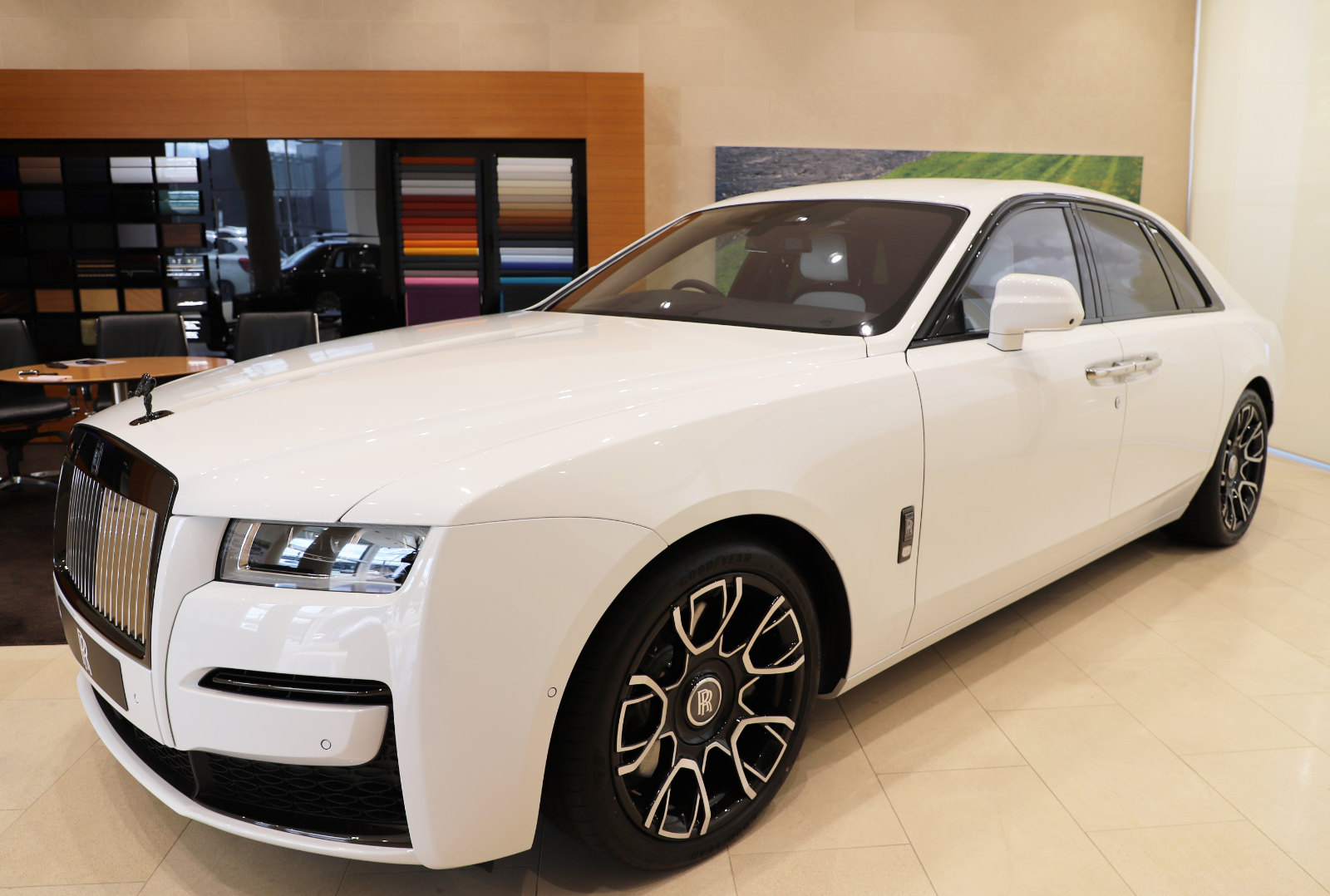 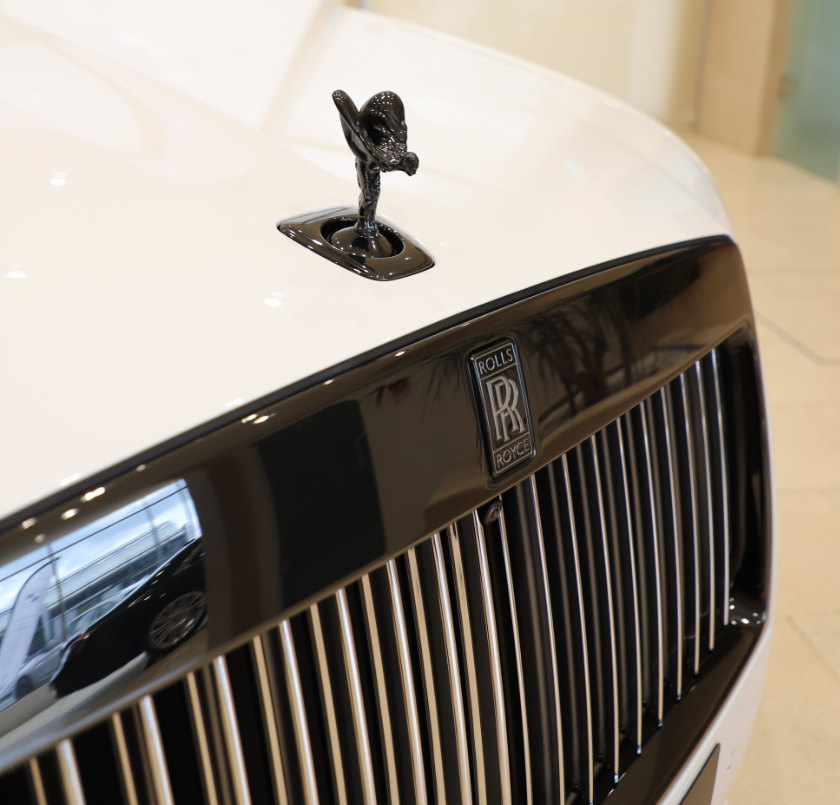 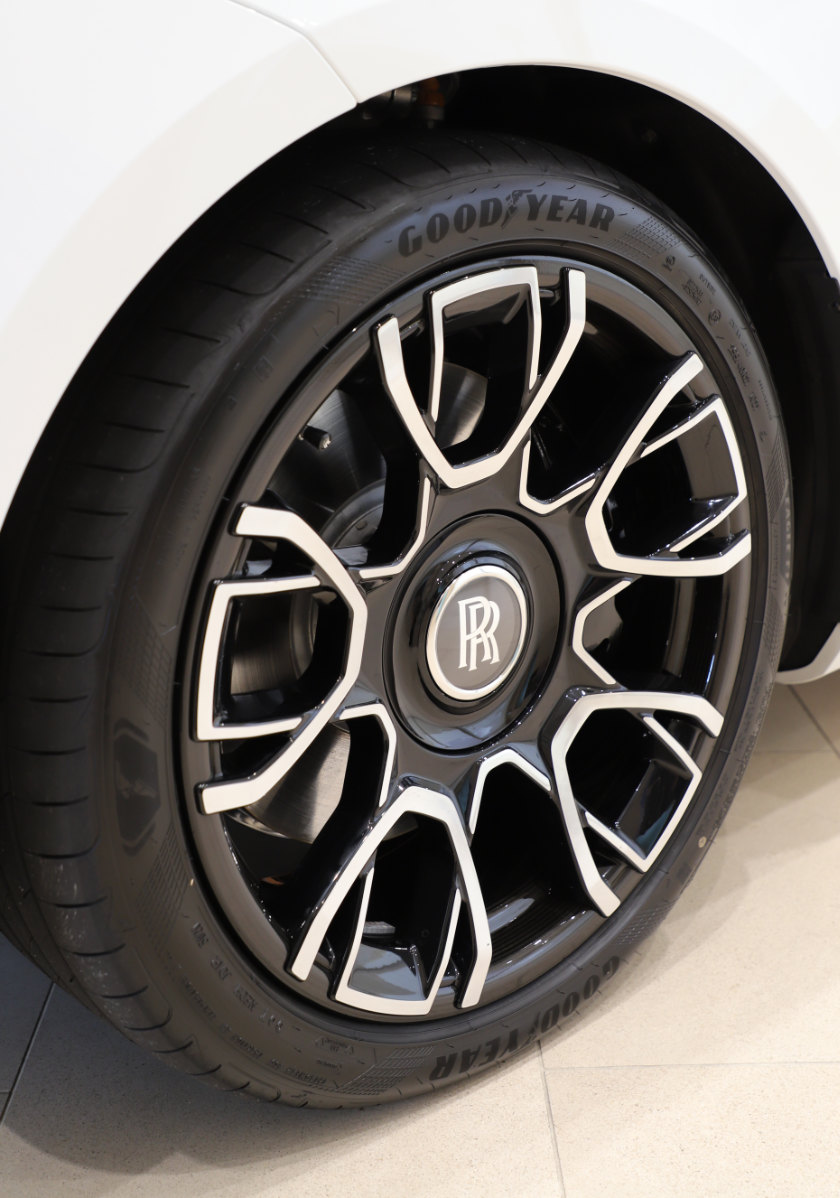 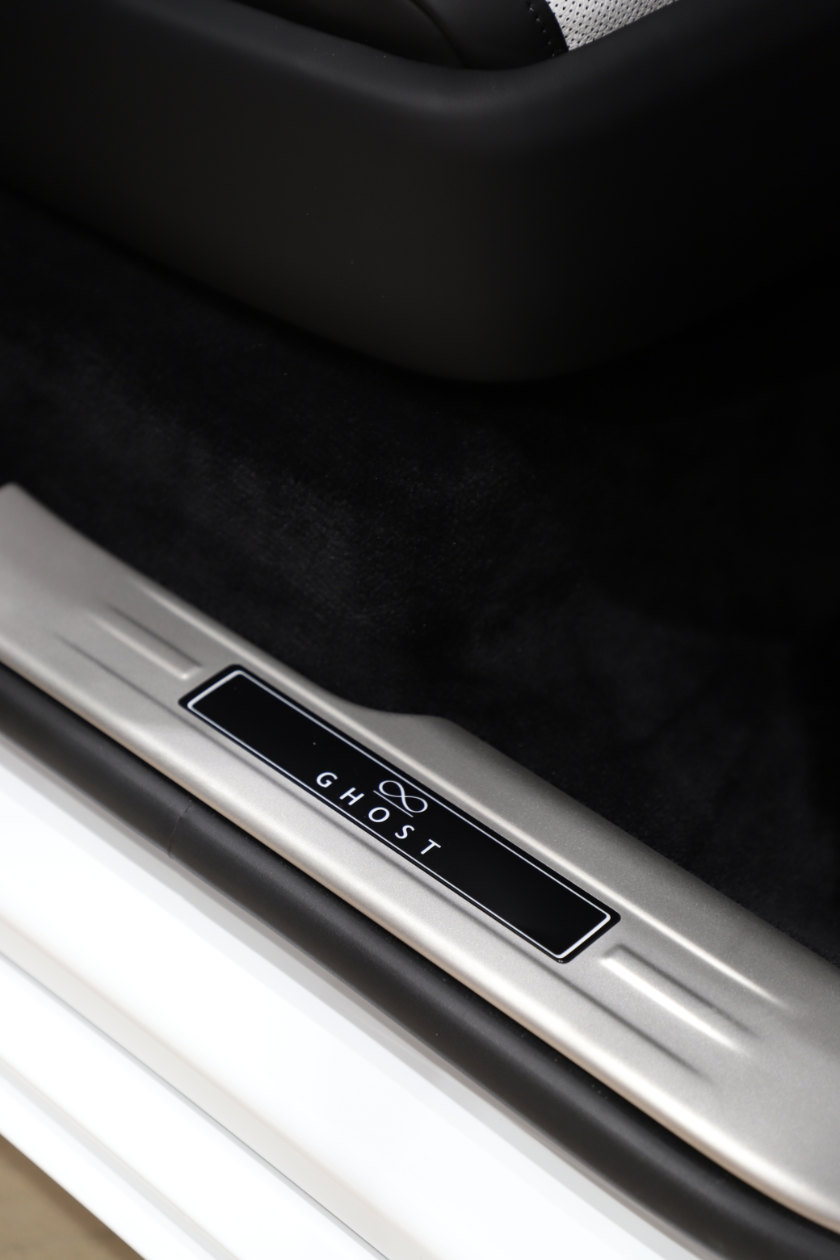 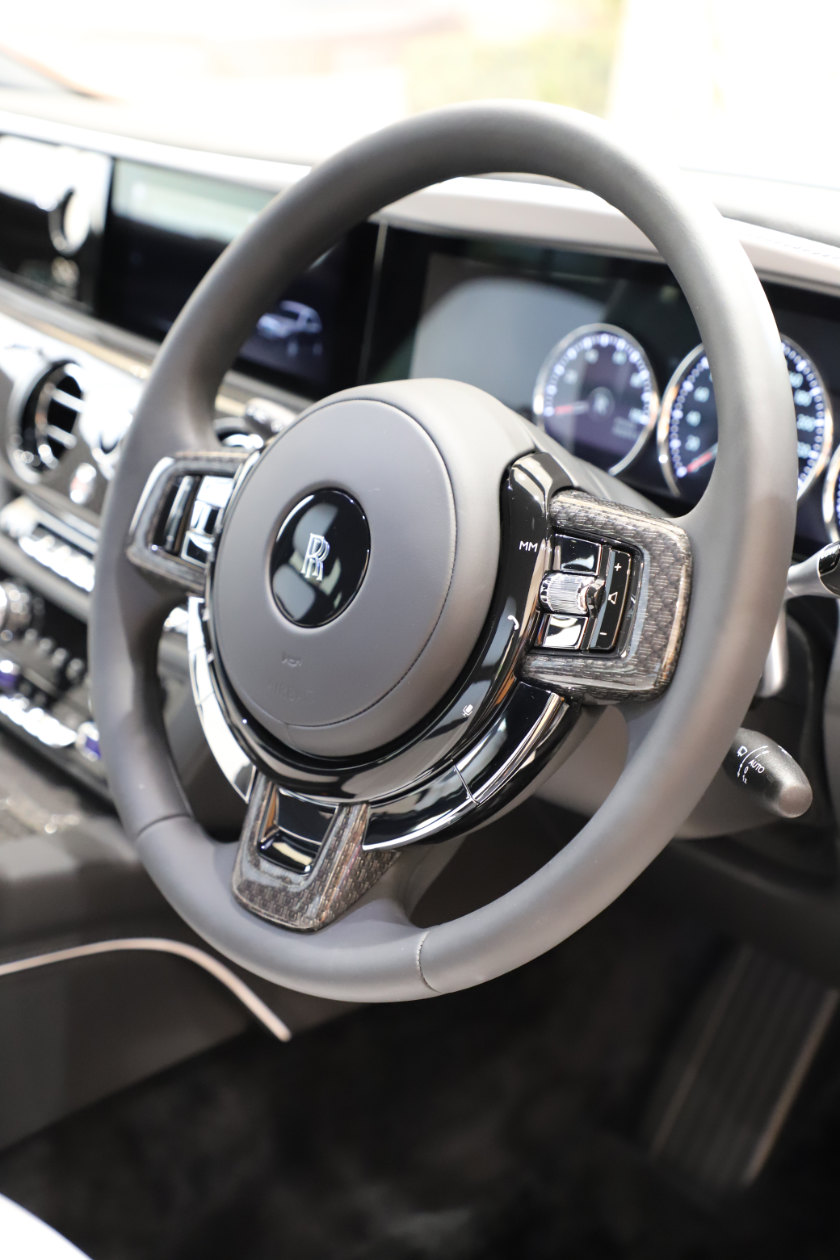 Lucire was among the first New Zealand media to be shown the Rolls-Royce Black Badge Ghost, the storied car maker’s most dynamic model, created for those who prefer to drive their luxury saloons themselves.

Black has become one of the sought-after shades for cars when owners want to signal that they’re driving something special, and Rolls-Royce recognizes the trend—and takes it to the stratosphere as you would expect the brand to do. It knows that there’s a new breed of nonconformist customer who prefers a darker æsthetic that’s ‘assertive’ and ‘bold’.

Not only are there bespoke 21-inch alloy wheels with 44 layers of carbon fibre on their barrel, Rolls-Royce has created the industry’s darkest black for those who choose the colour for their Black Badge Ghost. (It’s one of 44,000 colours available—though of course one can commission a unique colour instead.) This signature black sees 45 kg of paint that’s atomized and applied to an electrostatically charged body in white, which is then oven-dried. Two layers of clear coat are applied, then hand-polished by four craftsmen.

The Spirit of Ecstasy mascot and Pantheon grille see a chrome electrolyte introduced during plating, which darkens their finish and adding a mere 1 μm to the stainless steel.

Inside, the Black Badge Ghost follows Rolls-Royce’s Post Opulent design philosophy, focusing on authenticity and materials. The veneer on the multi-layered wood is cured for an hour under pressure at 100°C, then sandblasted to create a surface for six layers of lacquer to be applied. There is less brightwork, simplifying the interior—continuing the sort of logic first seen in the 2003 Phantom which kept the dashboard to a tasteful, minimalist style.

You can see the infinity symbol on the base plate after the doors are open, and it appears elsewhere in the interior. Dubbed the Lemniscate, it’s a symbol that marks out Black Badge models, appealing to their buyers’ belief of unlimited possibilities. The fibreoptic threaded stars in the headliner continue to catch our eye.

Under the skin lies features including all-wheel drive and four-wheel steering, while the twin-turbo 6·75-litre V12 gets an extra 21 kW compared with the standard Ghost, bringing its total power output to 441 kW—an even 600 PS. Torque is up 50 Nm, totalling 900 Nm (available from a mere 1,700 rpm). Other changes include a higher braking bite point and less pedal travel, matching the car’s character and the self-driving customer’s preferences.

Rolls-Royce says that the Asia-Pacific has one of the highest proportions of Black Badge customers in the world. Ian Grant, Asia-Pacific regional sales’ manager for Rolls-Royce, calls them, ‘innovators, trail-blazers—and above all—those who dare. Black Badge is their code of luxury.’