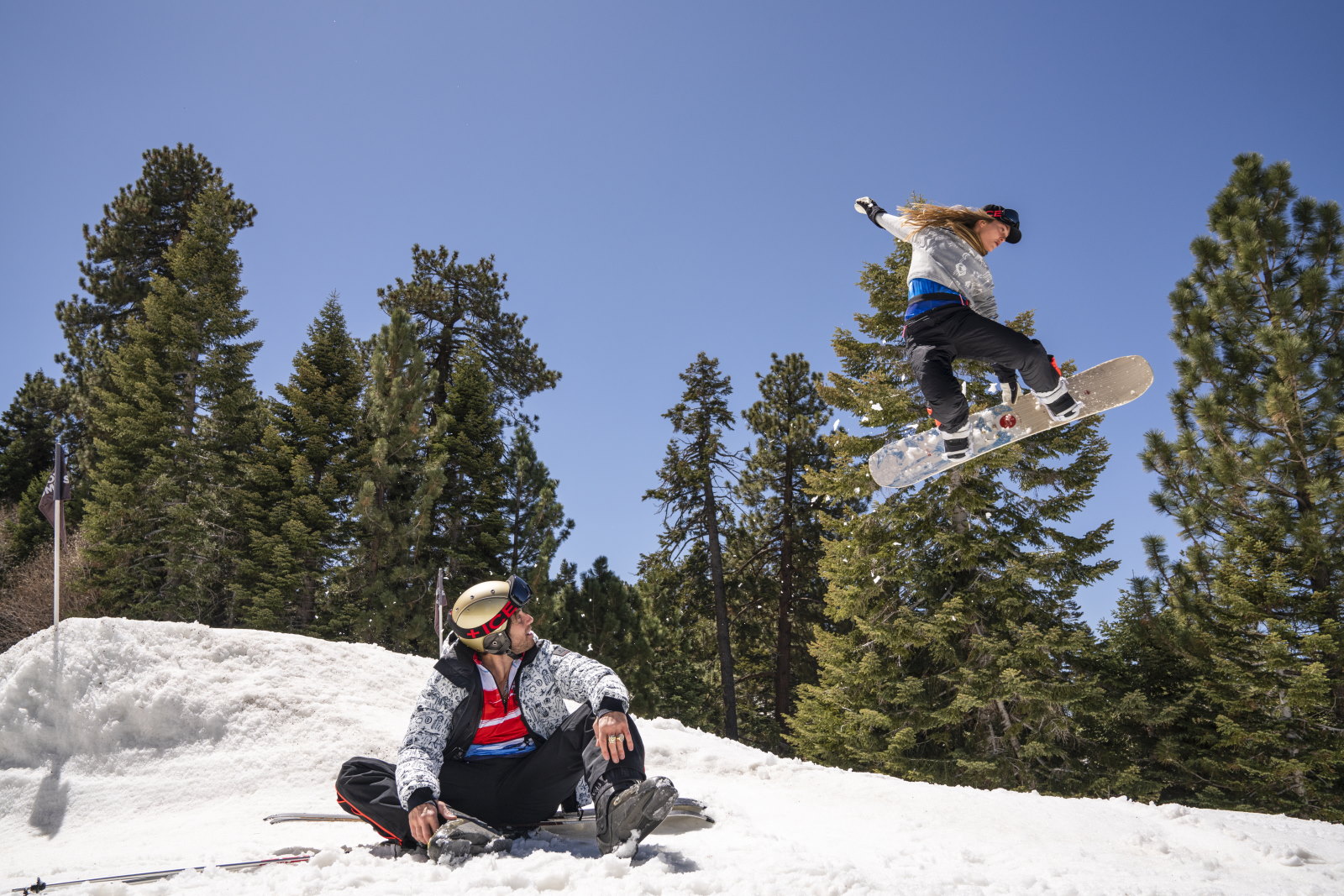 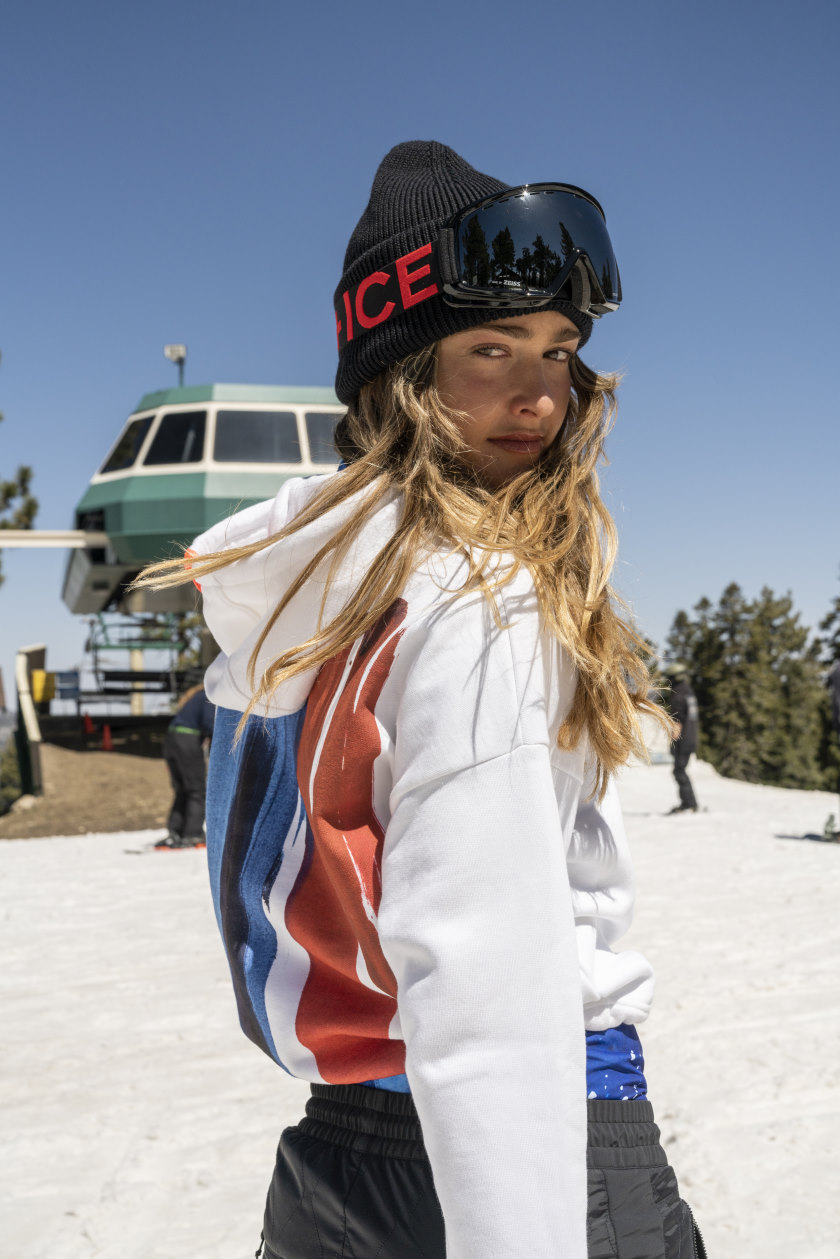 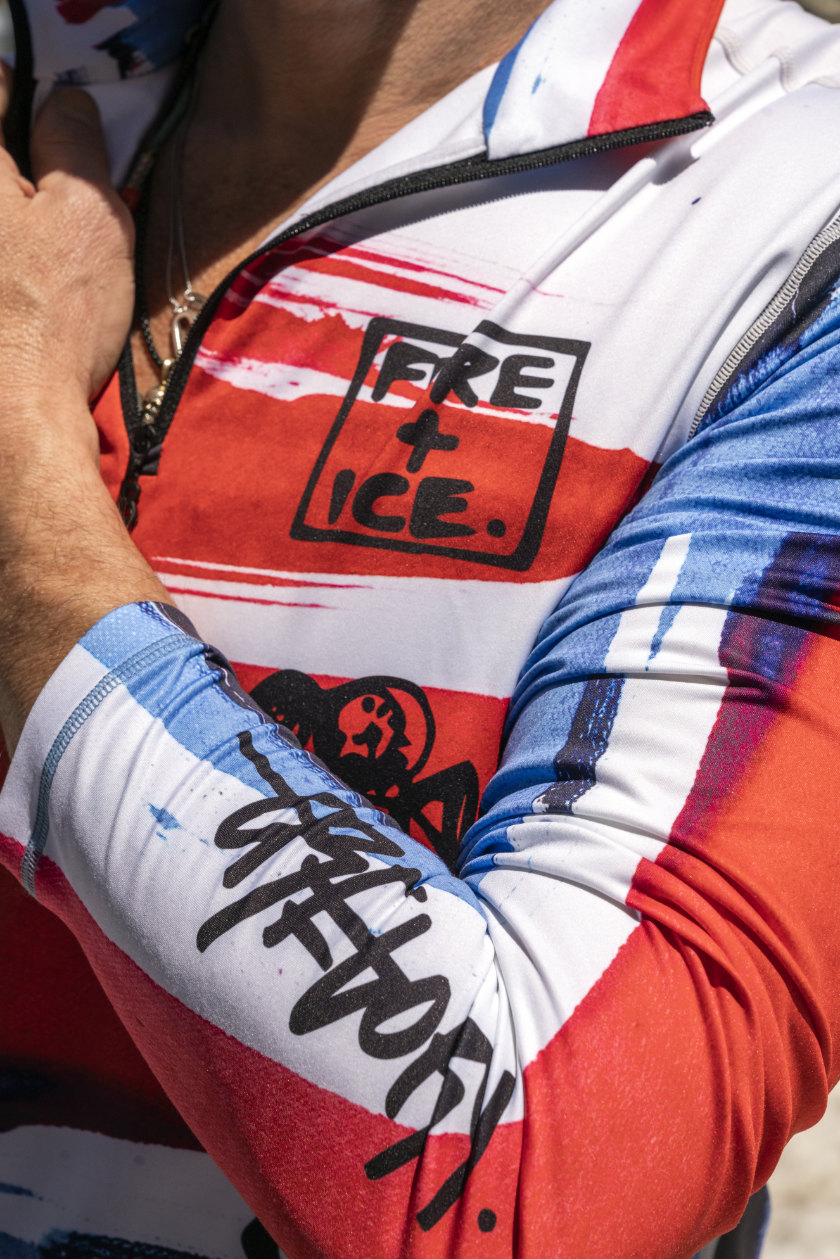 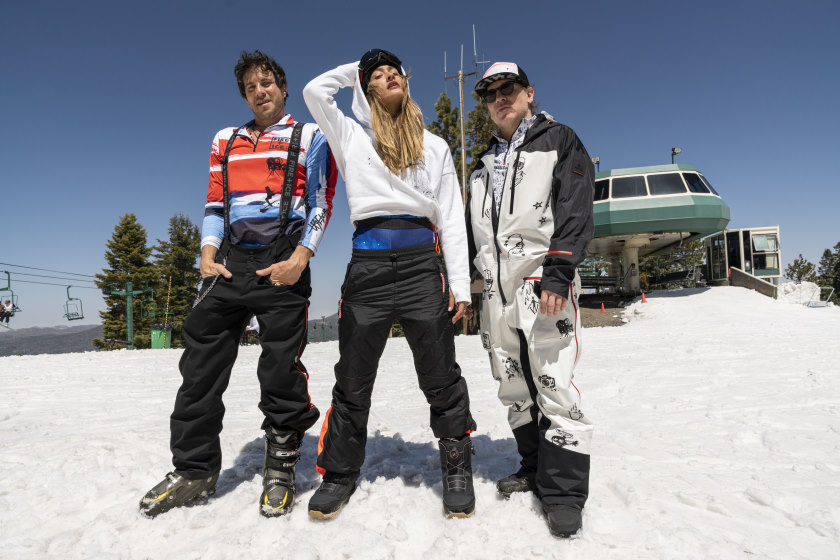 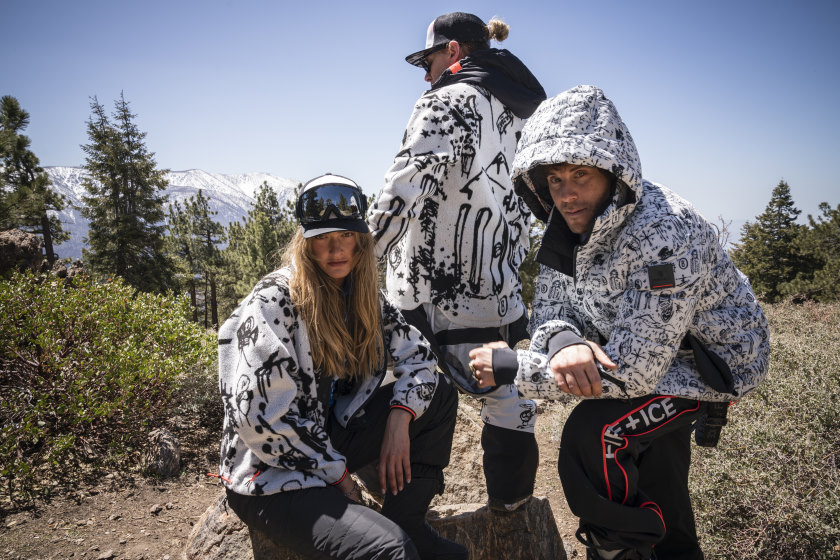 Willy Bogner, Jr had already made his name in film when he directed his 1986 film, Feuer und Eis (Fire & Ice). He already had four James Bond films to his credit, working as the ski sequence photographer and ski cameraman. He created his own camera case and actors talked of how he could ski backwards as quickly as they went forwards.

Fire & Ice is an extravaganza about skiing, and it’s no surprise that this love letter to the sport, prioritizing its eye-popping ski sequences ahead of plot, serves as inspiration for the Bogner label’s latest capsule collection.

US artist Gregory Siff has created a print story inspired by the film, with a mix of black-and-white and bright colours. Siff’s prints for the collection show his graffiti style, with Fire & Ice emblazoned on designs. The works on which the prints are based bear all of Siff’s hallmarks, mixing ink, acrylic and spray paint.

The core Bogner Fire & Ice collection for autumn–winter 2022–3 also uses bold colours, along with fashionable silhouettes, all ensuring both performance and function. The collection works for those who want to take a stroll in cities during the height of winter, as well as those holidaying in sporting mountain resorts. 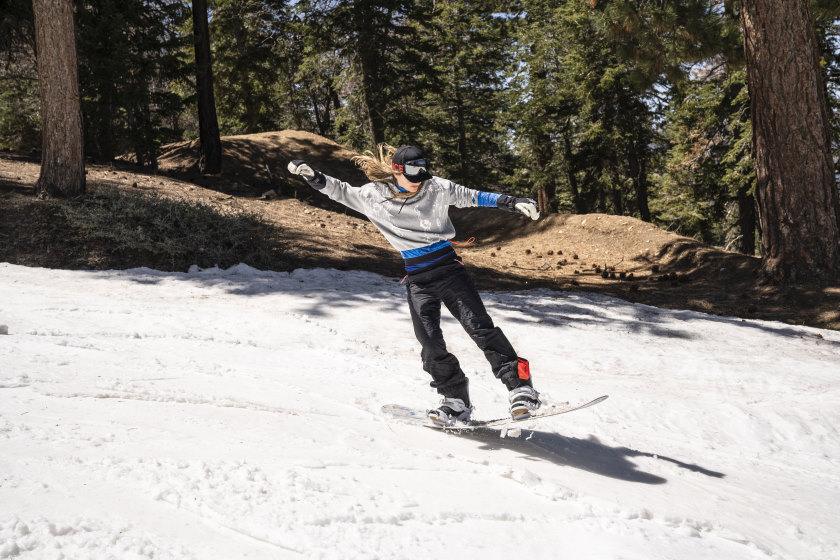 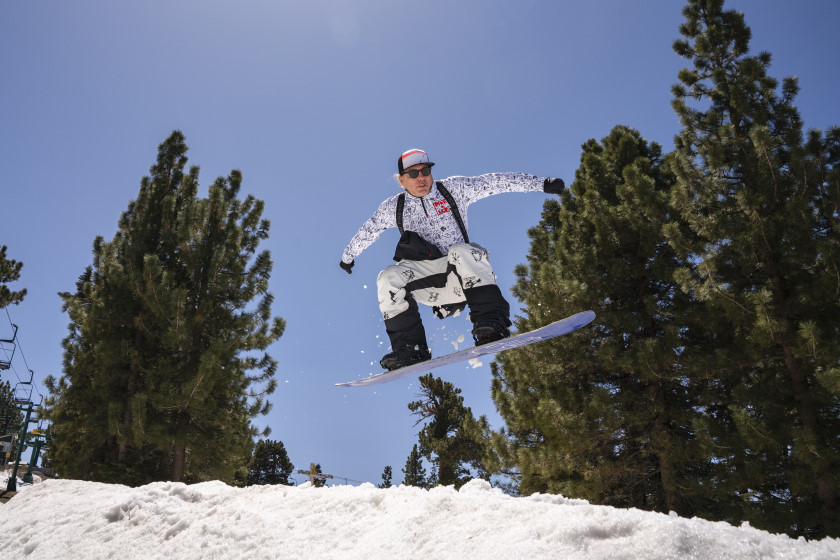 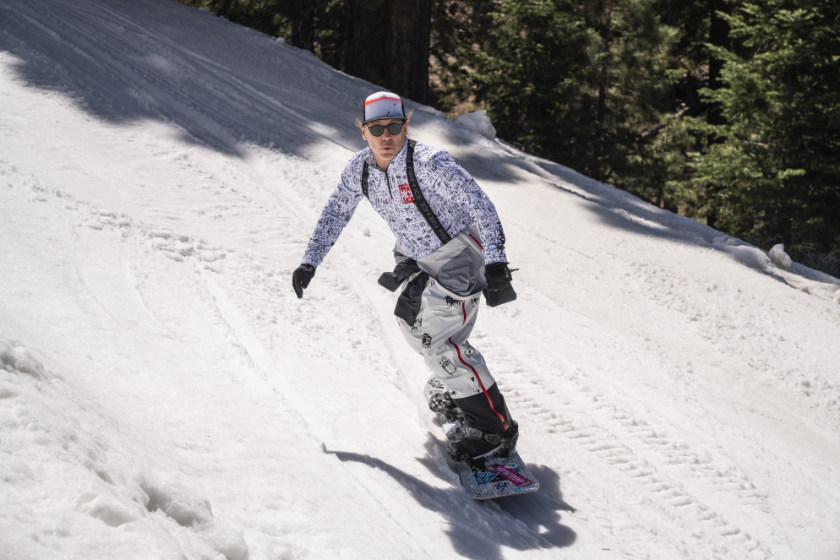 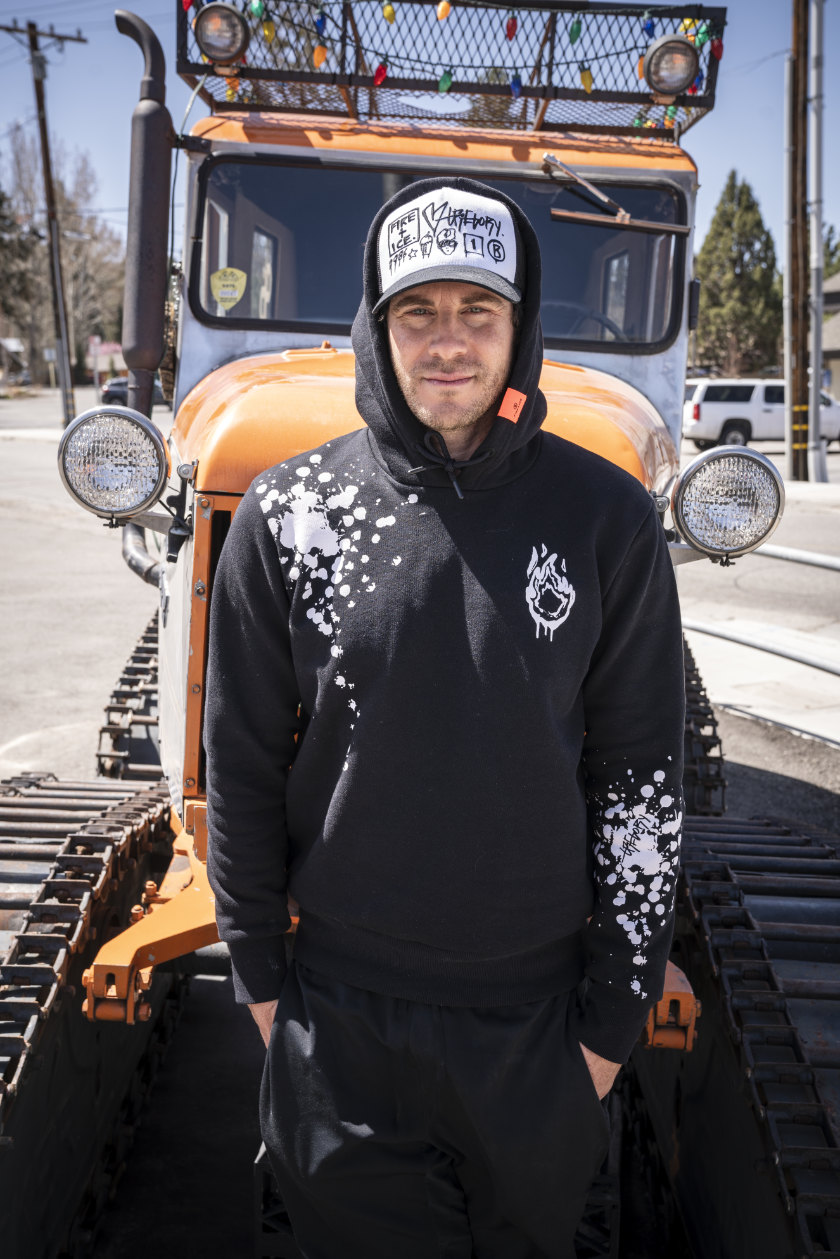