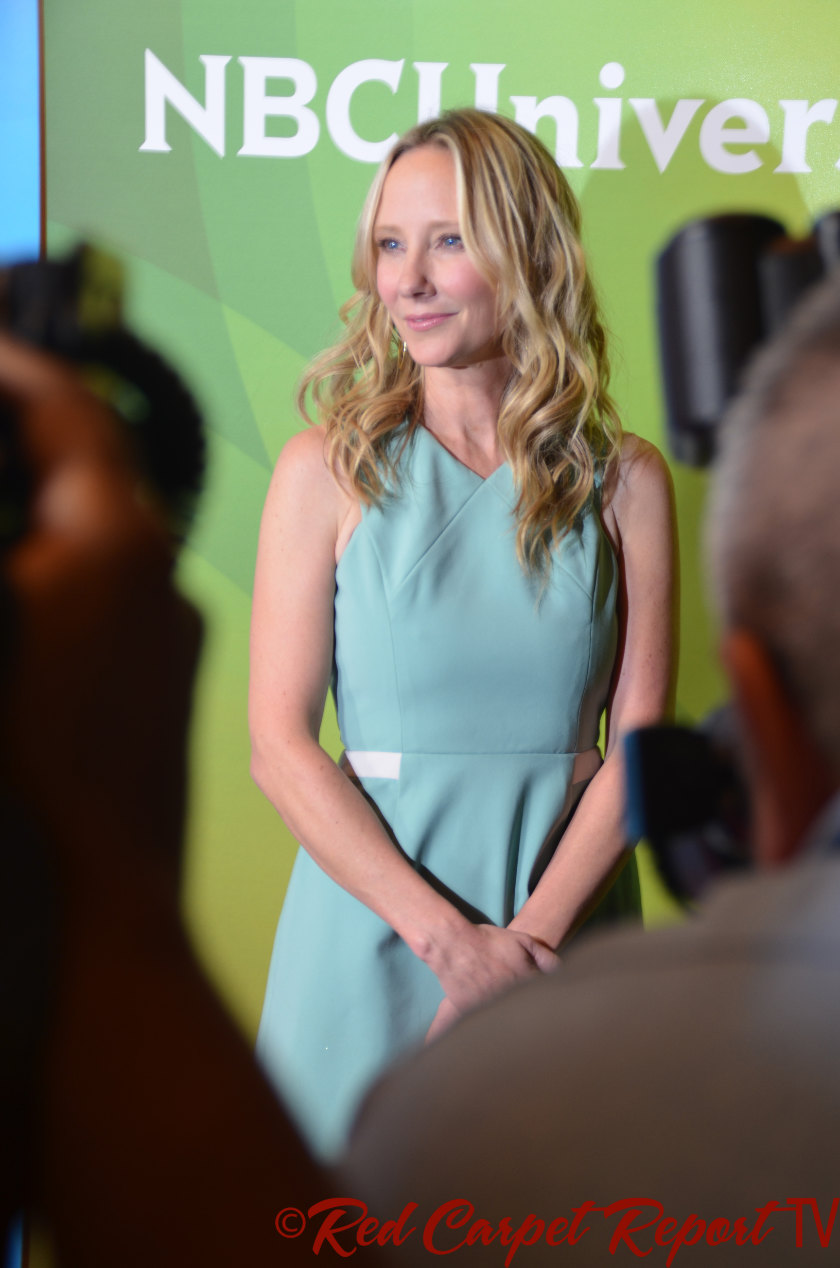 Actress Anne Heche, 53, has died after a car accident in the Los Angeles neighbourhood of Mar Vista last week left her with significant burns and a severe brain injury. She had been in a coma since.

The actress, legally dead under California law, remains on life support as she wanted her organs donated and recipients are being located.

Her death was confirmed by her son Homer, who wrote in a statement, ‘My brother Atlas and I lost our mom. After six days of almost unbelievable emotional swings, I am left with a deep, wordless sadness. Hopefully my mom is free from pain and beginning to explore what I like to imagine as her eternal freedom.

‘Over those six days, thousands of friends, family, and fans made their hearts known to me. I am grateful for their love, as I am for the support of my dad, Coley, and my stepmom Alexi who continue to be my rock during this time. Rest in peace Mom, I love you.’

A statement from a representative on behalf of family and friends read, ‘Today we lost a bright light, a kind and most joyful soul, a loving mother, and a loyal friend.

‘Anne will be deeply missed but she lives on through her beautiful sons, her iconic body of work, and her passionate advocacy. Her bravery for always standing in her truth, spreading her message of love and acceptance, will continue to have a lasting impact.’

The Los Angeles Times reported that the Los Angeles Police Department said that narcotics were found in Heche’s system, and had planned to take a second blood test to rule out hospital treatment as the reason they were present.

Heche was born in Aurora, Ohio, in 1969. Although invited to audition when she was 16, her mother insisted she completed high school. Heche débuted in 1987 in the soap Another World. She went into film in the 1990s, with roles in Donnie Brasco, Volcano, I Know What You Did Last Summer, Six Days, Seven Nights, Wag the Dog, and Return to Paradise.

More TV roles followed in the 2000s on, with Ally McBeal, Everwood, Nip/Tuck, Men in Trees, Hung, Save Me, Dig, Aftermath, The Brave, Chicago PD, and All Rise. She won a Primetime Emmy nomination for her role in Gracie’s Choice (2004). She published a memoir in 2001, and débuted on Broadway in 2002.

She also had a podcast, Better Together w/ Anne Heche and Heather Duffy, which began in 2021.

In 1997, Heche met Ellen DeGeneres, and the two became a couple. They were together till August 2000. The relationship, according to Heche, saw her discriminated against by the Hollywood studios and she did not work on a studio picture for 10 years.

She starred in Girl in Room 13, which is scheduled to be released in September.