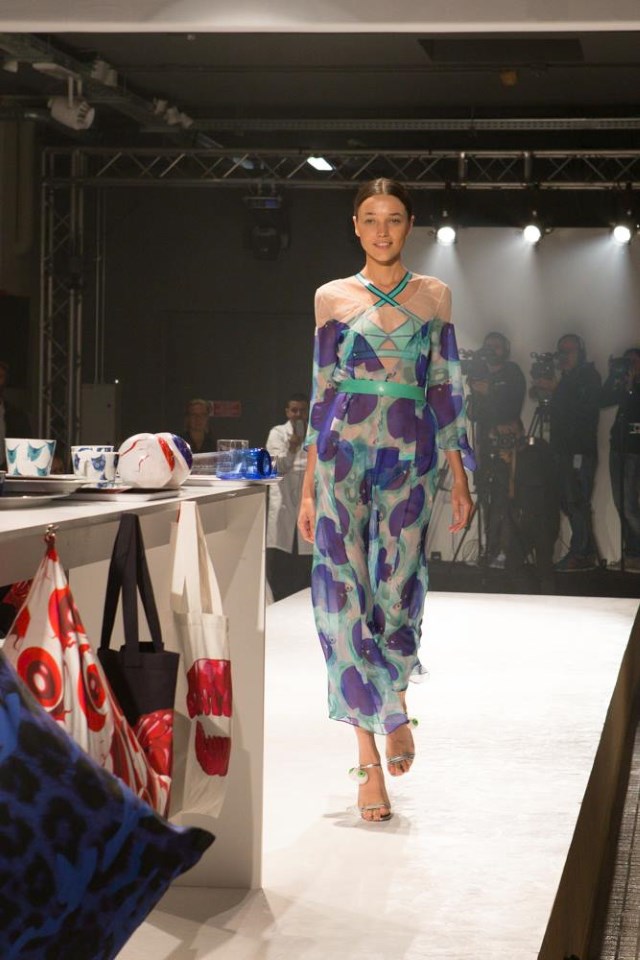 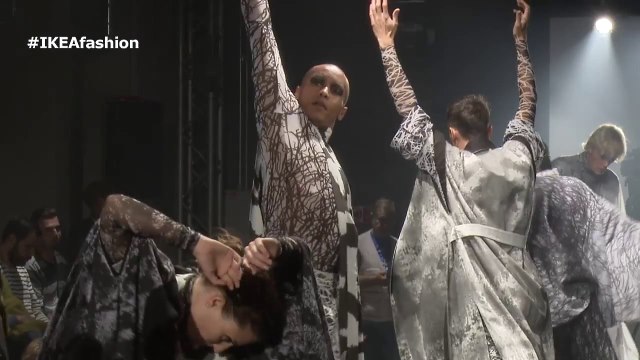 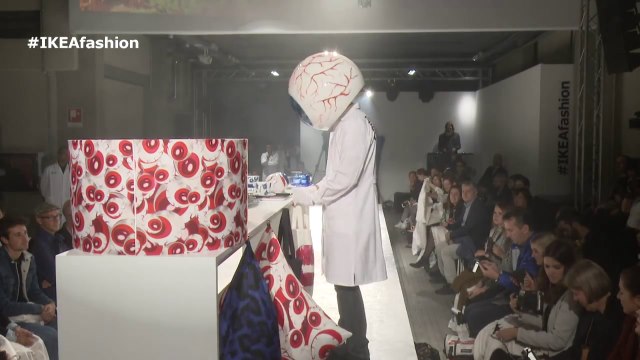 September 29’s Ikea Fashion Show at Moda di Milano (hashtagged both #IKEAfashion and #IKEAtemporary) showcased work from two designers who collaborated with the Swedish-founded furniture conglomerate.
‘With a number of new collections that have been developed in collaboration with fashion designers, Ikea is stepping into new territory—one from which we can learn a lot,’ according to the company.
Giltig by Katie Eary and Svärtan by Martin Bergström will see their collections retailed in 2016, but they received a boost in profile thanks to their appearance at one of the top fashion weeks in the world.
For us, the first thing that came to mind when seeing Ikea fashion was Stefan Engeseth’s (below right) prediction, published in Lucire first last year, and later in Style.com, the Daily Mail, The Guardian and Flare, plus a number of newspapers and news websites: that fashion should be Ikea’s next industry.
At the time, Ikea had no such plans officially, but it isn’t surprising to see another one of Engeseth’s predictions come true. He came up with the idea of Coca-Cola being served through taps at home before Coke itself actually trialled that idea, plus another, over 15 years ago, on how cellphones could connect two strangers, albeit not through an app. 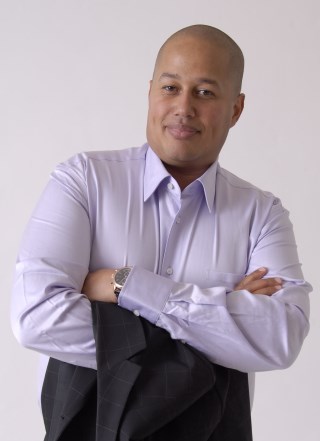 We wrote: ‘Engeseth says that Ikea’s expertise lends itself easily to the world of apparel …
‘He believes that fashion is in a repetitive cycle, stuck in history and needing renewal.
‘Ikea could offer both complete apparel items and composite parts that customers could assemble themselves, says Mr Engeseth. The parts could be “tailored” at home in inventive ways without the need for complex sewing.’
Last year, Lucire publisher Jack Yan added, ‘This taps in to its existing fan base, and just as importantly, Ikea can make full use of its channels, outmanœuvring many existing fashion labels. Ikea has an international retail base and it has distribution down to a fine art.’
When we asked him about the Ikea show in Milano yesterday, he had his reservations about some of the designs, but stated, ‘It’s good that Ikea takes its first step into fashion, and rewarding to see them developing the concept more now.’
He was also buoyed by seeing that, after the show, Ikea’s official Twitter account went back to his blog post late last year about Ikea fashion, and “favourited” a Tweet about it. Engeseth even preempted the hashtag used back in 2014.
There’s no sign that Ikea fashion will be in a composite format, ready for its customers to assemble, but Engeseth appears to have been right that the brand would extend itself into the new segment. 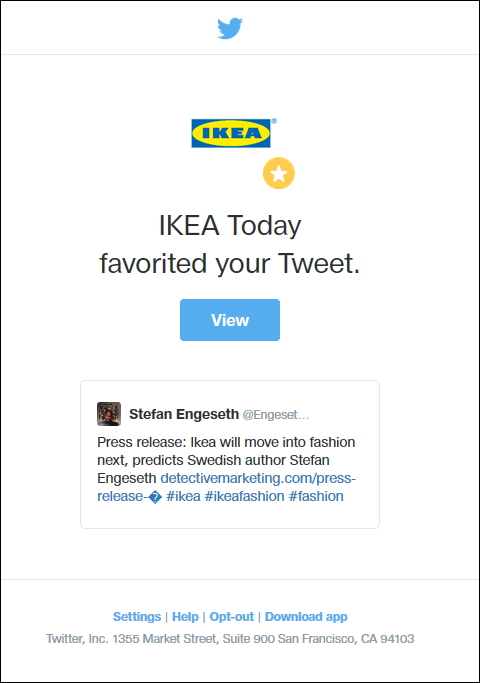