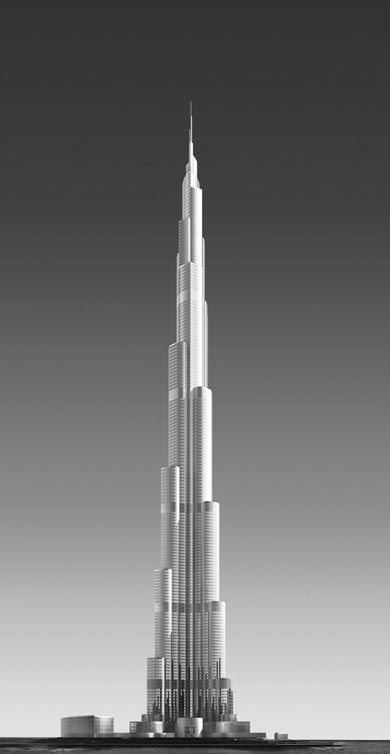 It’s quite a way to kick off our news coverage for the year: the opening of the Burj Khalifa, standing 828 m (2,716½ ft). Giorgio Armani has announced that it will open Armani Hotel Dubai in the world’s tallest building on March 18.
The hotel is the ﬁrst to open under the collaboration between Giorgio Armani SpA and Emaar Properties PJSC.
The hotel has been designed by Armani and marks the designer’s début into the hospitality sector.
The company says the Armani Hotel Dubai will be the most exclusive destination in the city.
Online bookings commence later this month, with registrations now being taken at www.armanihotels.com.
Milano will be launched next, with a resort planned for Marrakech and Armani Residences villas for Marassi, Egypt.