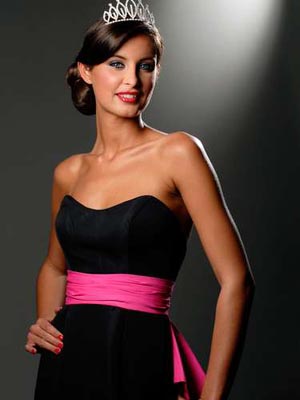 Conﬂicts in most countries over two beauty pageants might stem from the rivalry between Miss Universe and Miss World—and even then they are far and few between. But France’s new rivalry—dubbed la guerre des Miss—which has caught the attention of the media there, has a very different foundation.
France has a general acceptance of beauty pageants, and the Miss France competition gets strong ratings—some 40 per cent of the viewing audience.
Saturday’s crowning of the new Miss France, who takes over from Malika Ménard (left), is marked by the emergence of a rival pageant, called Miss Nationale, set up by Geneviève de Fontenay.
Mme de Fontenay had run the Miss France pageant since 1954, and sold the rights to reality TV house Endemol in 2002.
Although she remained connected to the pageant, de Fontenay has been battling the company since over what she sees is the attack on the dignity of the pageant.
She has instead created a new pageant founded on traditional values, battling what she sees is a moral decline in society.
While Miss France 2011 will enjoy live national television coverage on TF1 this Saturday as it is broadcast from Caen, Miss Nationale will be crowned the day after in a smaller ceremony in Paris.
Although no broadcaster will carry Miss Nationale, de Fontenay has secured a somewhat mature judging panel comprising advertising agency founder Jacques Séguéla, writer Henry-Jean Servat, journalist Ivan Levaï and Supertramp’s John Helliwell.
The last pageant “battle” we can recall was the controversy over Miss Sweden—Fröken Sverige—when the ofﬁcial pageant chose not to send a delegate to Miss Universe, and another pageant, Miss Universe Sweden, emerged. The rationale that was advanced by Fröken Sverige was that it wanted to run a more modern, relevant pageant, and even sent the winner, Azra Duliman, to the COP15 climate change talks in København last year.

The Miss France contestants in swimwear, in the Maldives