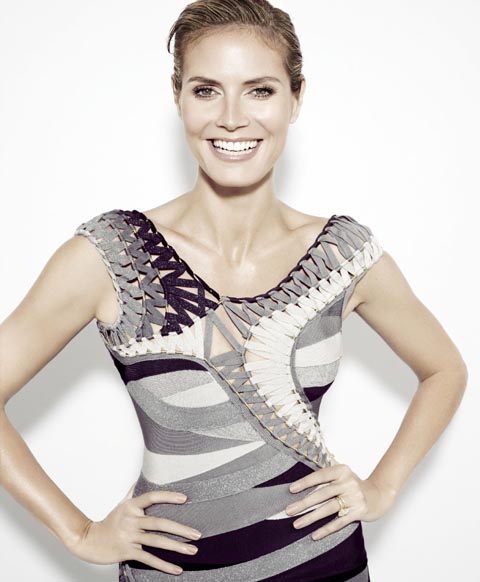 Coty announced Friday that Heidi Klum will launch a new scent, Heidi Klum Shine, set to launch this autumn in North and Latin America, with subsequent plans to début in Europe and other key markets.
‘Working for a long time on developing a signature scent and watching it ﬁnally come to life is so exciting. I never thought my nose would recover from snifﬁng so many scent combinations but it is all worth it. I want my fragrance to be truly special and head-turning so that people ask the woman who’s wearing it, “What are you wearing? You smell delicious!”’ said Klum in a release. 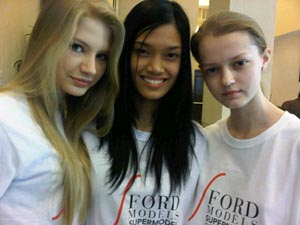 Above Danica Flores Magpantay of the Philippines is ﬂanked by the runners-up from Lithuania and Poland in the 2011 Ford Supermodel of the Year contest.

Meanwhile, Danica Flores Magpantay, 17, of the Philippines has won the Ford Supermodel of the Year competition for 2011.
A student of the University of the Philippines, Magpantay won a $250,000 modelling contract with the agency in Tribeca, New York City.
Danica Flores Magpantay stands 5 ft 9 in and weighs 109 lb.
She is the daughter of make-up artist Milagros ‘Lala’ Flores, who won Ford’s Philippines competition in 1990 and was named Asia’s most glamorous model in 1994.
Representatives from Lithuania and Poland took the next runners-up positions.
In the main part of the Lucire website over the weekend, Sopheak Seng goes through his top 10 picks for summer hair for those of us Down Under. We spend so much time looking after our skin during this season, but what about those locks?

One thought on “Heidi Klum to release new scent; Philippines wins Ford Supermodel of the Year”