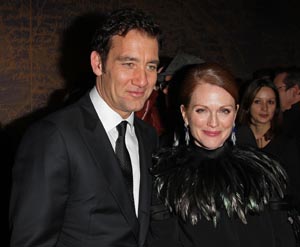 Actor Clive Owen is on the jury of Design Hotels’ Don’t Forget the Popcorn photo contest. He joins experts such as, inter alia, Apichatpong Weerasethakul, Palme d’Or winner 2010, Efe Cakarel, founder and CEO of the online cinémathèque MUBI, Turkish director Reha Erdem, and Iranian director Amir Naderi.
The promotion, held since September in collaboration with Leica and MUBI, asked entrants to take photographs of their own re-enactments of iconic movie scenes in a hotel. The winning photographs are being exhibited this Saturday, February 12, at Hotel Q in Berlin, during the Berlinale International Film Festival, and online at www.DesignHotels.com/popcorn.
Prizes include free nights at the Dolder Grand, a luxury city retreat perched above Lake Zürich, and Alila Villas Soori, an idyllic property next to Bali’s black-sand beaches. Other prizes include a Playstation 3 and a Leica D-Lux 5 camera.