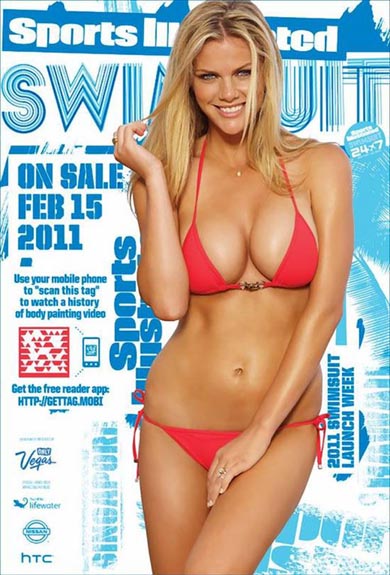 There’s a great deal of speculation over who will be the next Sports Illustrated Swimsuit Issue cover girl. The speculation increased today with the release of a promotional image featuring Brooklyn Decker, who was the cover girl in 2010.
The announcement will be made in a ‘Top Ten’ on CBS’s The Late Show with David Letterman on February 14, with the magazine going on sale the day after.
Decker appeared in a swimsuit shoot in Lucire in 2007, photographed by Jon Moe.