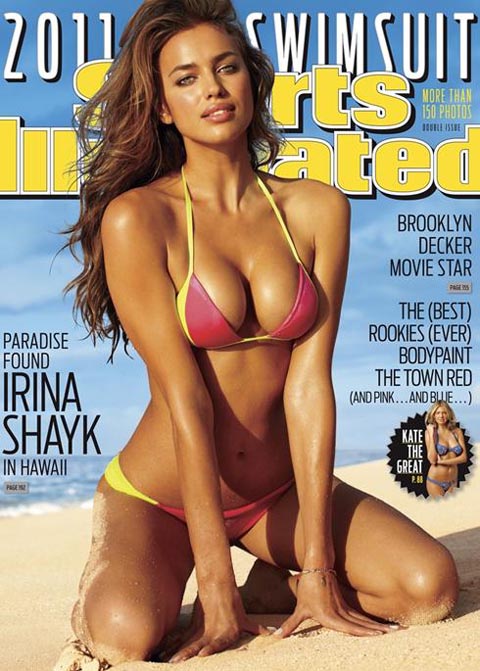 As revealed ofﬁcially in the ‘Top 10’ on The Late Show with David Letterman, Russian-born model and WAG Irina Shayk is the 2011 Sports Illustrated Swimsuit Issue cover girl.
Shayk, girlfriend of footballer Cristiano Ronaldo, appears in a pink bikini with yellow trim, featuring diamonds on the front, with a push-up effect to the brassière.
The shoot took place in Hawai’i; Shayk’s other shoot for the issue was in the Philippines.
The cover was revealed on Twitter a few hours before the ofﬁcial announcement by an employee of media buyer Starcom.
This year’s issue marks the sixth in which Shayk has appeared, but her ﬁrst on the cover.