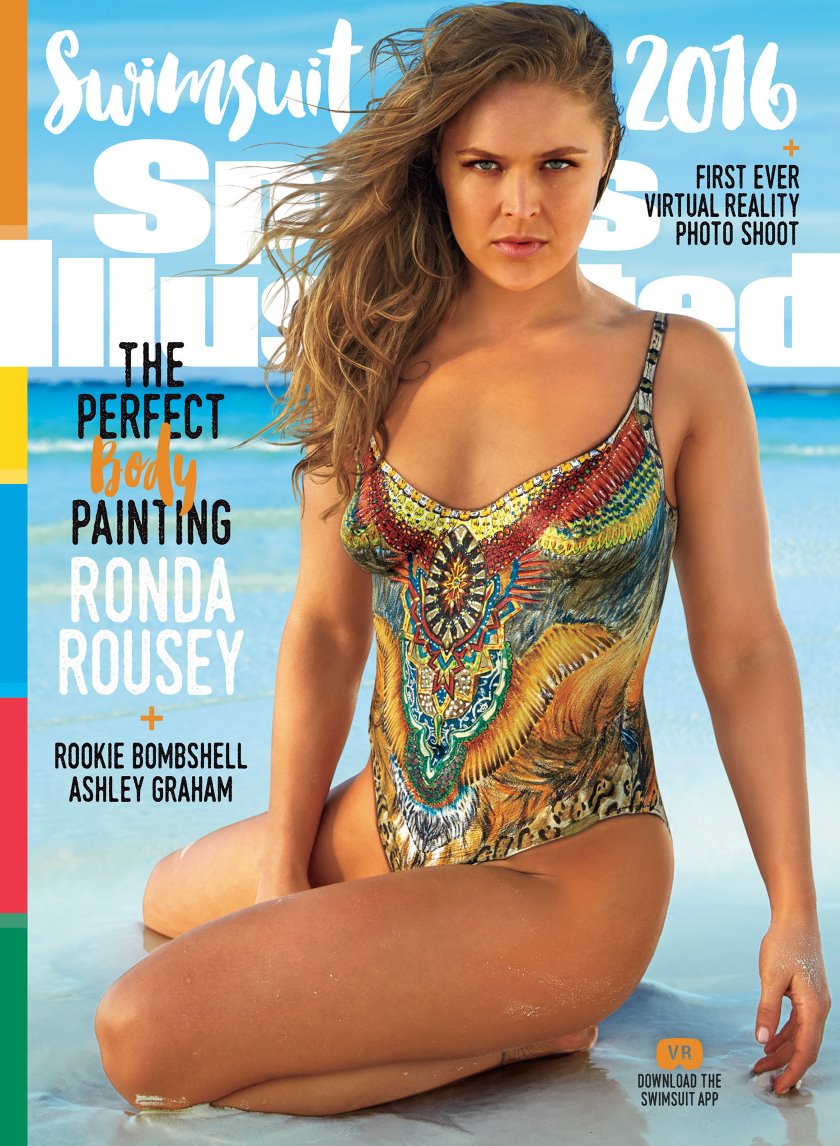 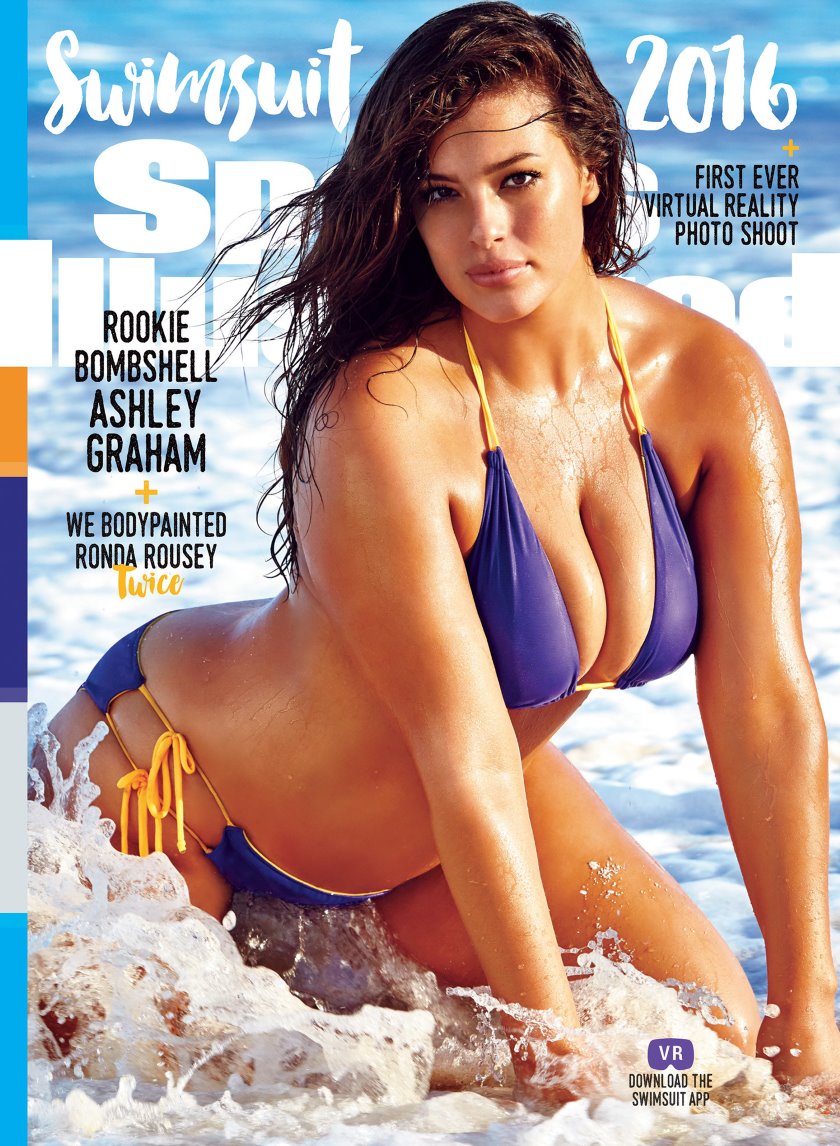 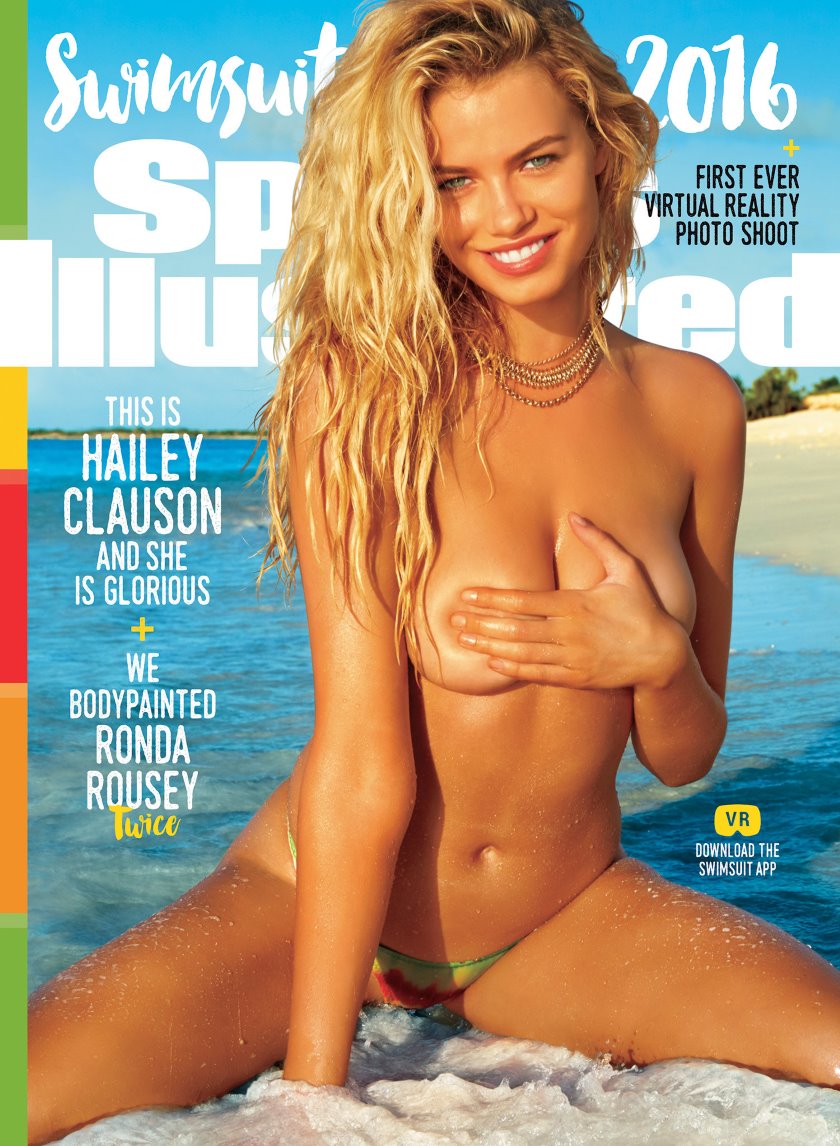 In a break with tradition after 52 years, Sports Illustrated has three different Swimsuit Issue covers in 2016—and that means three different cover girls. UFC champion Ronda Rousey, body activist and model Ashley Graham, and SI rookie Hailey Clauson each have a cover for 2016.
The announcement was made during the live broadcast of Sports Illustrated Swimsuit 2016 Revealed, hosted by Nick Cannon and Rebecca Romijn.
Graham and Clauson were photographed by James Macari in Turks & Caicos, and Rousey by Frédéric Pinet in the Bahamas, in body paint by Joanne Gair, whose work can be seen in issue 35 of Lucire. Other locations included the Dominican Republic, Tahiti, Malta and Zanzibar.
The issue goes on sale February 15, coinciding with launches in print, digital, and mobile, and a New York City fan festival. Virtual-reality content is also included through the SI Swimsuit app.
Clauson said on finding out she had made the cover, ‘I’m shaking and crying. I love it so much because it represents three different strong and beautiful women.’
Graham said, ‘I’m insanely speechless. I cannot comprehend how I feel right now. This will go down in the books forever. It is a historic moment. Not only is this the first time that I’m in the issue, but I’m on the cover and sharing this honor with two of the most stunning women. This is for all the women who didn’t think they were beautiful because of their size. This is for them.’
Rousey said, ‘It’s a real honour being part of such a historic issue that really pays homage to different body types of women and not promoting just one cookie-cutter image for every woman, but showing that the healthiest version of every body type is the sexiest version out there. And I couldn’t be happier … I think I was just as honoured to get it as to be there in person to watch Ashley’s reaction.’
Other models in this issue include Irina Shayk, Nina Agdal, Lily Aldridge, Rose Bertram, Kate Bock, Hannah Davis, Emily DiDonato, Hannah Ferguson, Gigi Hadid, Erin Heatherton, Samantha Hoopes, Chanel Iman, Bo Krsmanović, Robyn Lawley, Tanya Mityushina, Barbara Palvin, Sofia Resing, Kelly Rohrbach, Chrissy Teigen, Lindsey Vonn and Caroline Wozniacki.
The TV special also included a performance by Ne-Yo and the presentation of the Jule Campbell Award to former SI model Elle Macpherson.