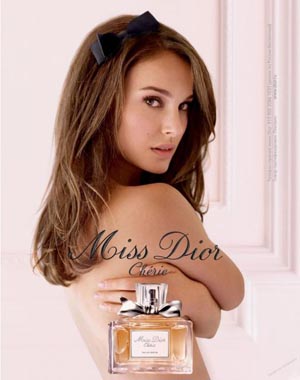 Academy Award-winning actress Natalie Portman, the face of Miss Dior Chérie, has issued a statement condemning the anti-Semitic words of John Galliano, creative director of Christian Dior.
Portman issued her statement after a video surfaced on a Murdoch Press website, showing a drunk Galliano expressing his love for Adolf Hitler, along with remarking to a couple he mistakenly identiﬁed as Jewish, ‘People like you would be dead. Your mothers, your forefathers, would all be f***ing gassed.’
The video was ﬁlmed on a separate occasion to one for which Galliano had faced questioning on Monday afternoon by the Paris public prosecutor’s ofﬁce, in which he allegedly made anti-Semitic remarks while drunk to a woman, Géraldine Bloch, and an anti-Asian slur to her friend, Philippe Virgiti, at La Perle restaurant in Paris. Virgiti is of Asian extraction.
Portman stated, ‘I am deeply shocked and disgusted by the video of John Galliano’s comments that surfaced today.
‘In light of this video, and as an individual who is proud to be Jewish, I will not be associated with Mr Galliano in any way.
‘I hope at the very least, these terrible comments remind us to reﬂect and act upon combatting these still-existing prejudices that are the opposite of all that is beautiful.’
Galliano has already been suspended by the Christian Dior house, citing its ‘zero-tolerance’ policy on anti-Semitism.