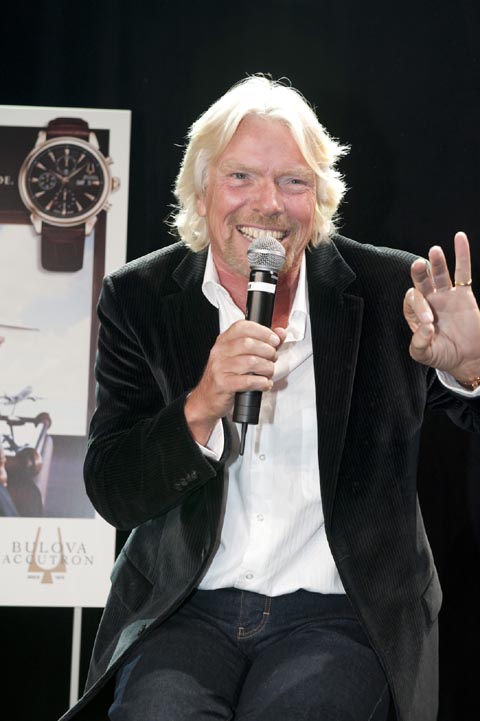 At the recent BaselWorld 2011 watch and jewellery show, ﬁne watchmakers Bulova Accutron announced Sir Richard Branson as their brand ambassador. Sir Richard’s appointment is part of a company growth strategy for Bulova, which follows the opening of four new divisions in the last year.
As a highly recognized global innovator and entrepreneur, Sir Richard, founder of the Virgin Group, is perfect for the role, as he displays the dedication and values that have steered Bulova from the beginning. Branson was 20 when he founded Virgin and has built up his business into more then 300 branded companies in 30 countries worldwide. He was given a knighthood in 1999 for his services to entrepreneurship.
He will donate 100 per cent of the proceeds from his work with Bulova to Virgin Unite, a non-proﬁt foundation he created in 2004 to help revolutionize the way businesses, the social sector and government work together.
Dennis W. Perry, Bulova Corp. president says, ‘As an entrepreneur, humanitarian and pioneer, Sir Richard reﬂects the spirit of innovation that is at the heart of the Bulova Accutron brand.
‘Like our founder, Joseph Bulova, Sir Richard is an innovator who has had a ground-breaking effect on a number of ﬁelds. We believe he exempliﬁes Bulova’s relentless pursuit of new ideas and Joseph Bulova’s vision of creativity and inventiveness.’
These Swiss made pieces highlight American innovation at its best, with the original Accutron being used aboard Air Force One and given as an ofﬁcial Presidential Gift of State.
Bulova’s Accutron was also part of the ﬁrst moon landing in July 1969 to control vital data transmissions, and has been an integral component of NASA technology for 46 space missions.
In both mechanical and quartz versions, every Bulova Accutron watch is beautifully detailed and crafted from stainless steel and sapphire crystals, with water resistance to at least 100 ft. Legacy of Innovation, a coffee-table book that chronicles the company’s achievements over the past 135 years, will soon be released to celebrate Bulova’s inventions and entrepreneurial spirit.—Vicki Matias 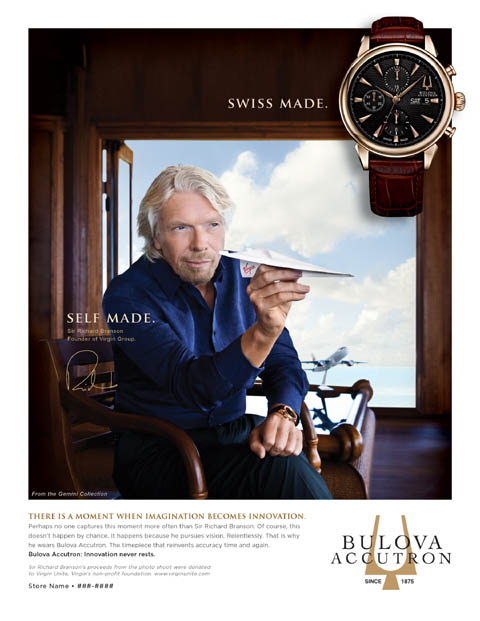 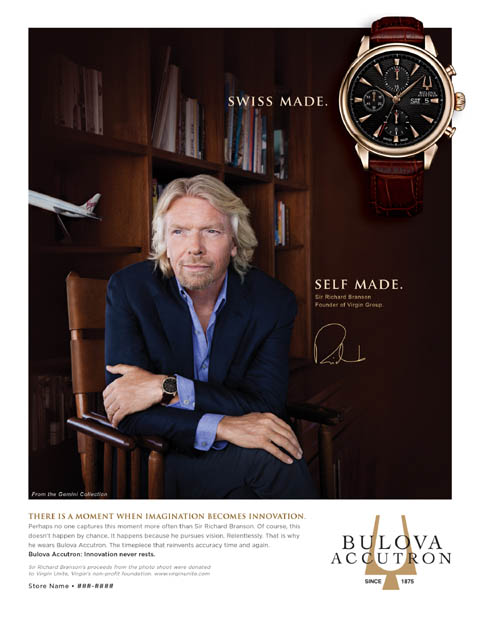 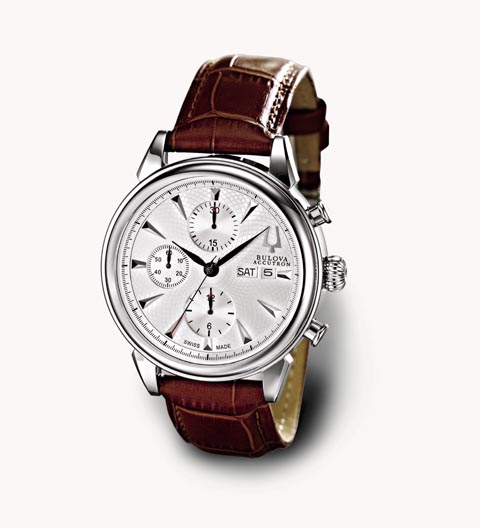 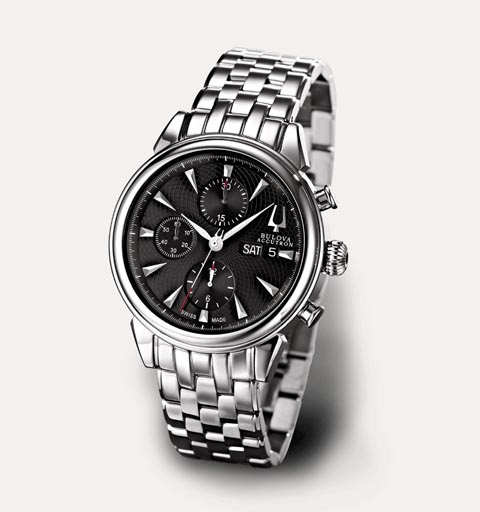