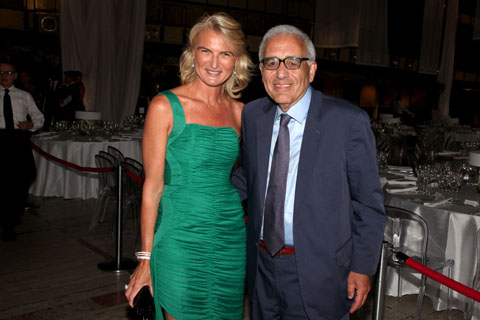 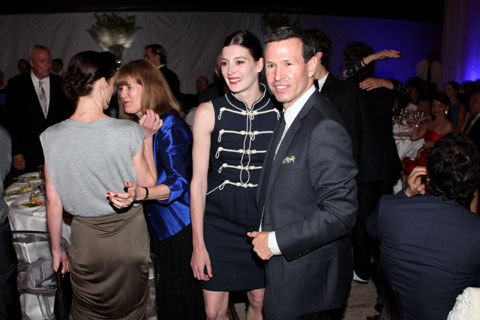 Top Olivia Flatto and Reynold Levy posing for the camera, both looking amazing. Above Marie-Agnes Gilliot.

One doesn’t have to be in Paris to enjoy a spectacular soirée parisienne: they can be in the heart of New York City to get a taste of just that, with elegance, sophistication and class all wrapped into one.
On July 11, a beautiful summer evening welcomed guests to cocktails, a performance, supper and the chic, lively experience of simply dancing the night away. The event took place at the spacious David H. Koch Theater, serving as part of the Lincoln Center Festival. The Ballet de l’Opéra de Paris (Paris Opera Ballet), the oldest national ballet company in the world, was the heartbeat of the night and the spirit that lingered in the hearts of the spectators.
The troupe’s visit to New York City would be the first in 16 years. The company looks deep into the spirit of the arts and sustains æsthetic features of high quality that emerge off the stage. The beauty of the performances is made up of celebrated choreographers (appropriately categorized as ‘French Masters of the 20th Century’), musicians and dancers all coming together.
There were three different ballet performances by French composers and choreographers beginning with Serge Lifar’s ‘Suite en Blanc’, with music by Édouard Lalo, followed by Roland Petit’s ‘L’Arlésienne’, with music by Georges Bizet, and concluding with ‘Boléro’, choreographed by Maurice Béjart along with music by Maurice Ravel. All three choreographers from the 20th century have passed on, but they leave behind powerfully physical gestures that were admired by a number of onlookers interested in travelling back in time. Lifar, Petit and Béjart are names that ring a bell to the majority of professional ballet dancers in Paris and they are continually reintroduced to audiences as the Paris Opera Ballet continues to revive their immaculate works of art.
Victor Hugo, the famous French poet, once said, ‘Music is that which cannot be put into words and cannot remain silent.’ Similarly, such an observation may also be made when talking about the art of dance, a more physical feature of ‘words’ which are freely expressed. While these two forms of languages unite, they create an artistic escapade, fascinating to the spectators and enthralling to the listeners. 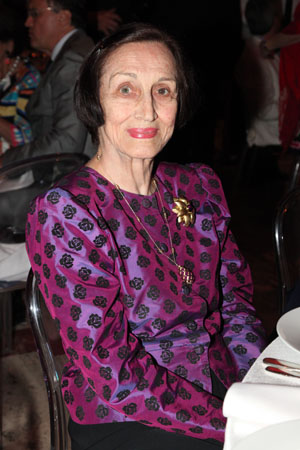 Above Françoise Gilot looking beautiful in fuchsia. Below Nancy and Henry Kissinger having a ball.

There were a number of guests who were highly intent to enjoy such an exclusive, all-French programme. Diplomat and businessman, Henry Kissinger, as well as David Koch, along with their wives, were some of the few in attendance to experience the evening’s French-filled delight. It was a soirée overflowing with elegant guests, surrounded by a charming atmosphere.
The well organized event brought people together in the midst of classical art that will never be forgotten as the company continues to share its secrets with the public as they bring to the table their creative skills.—Lola Saab, Paris Editor 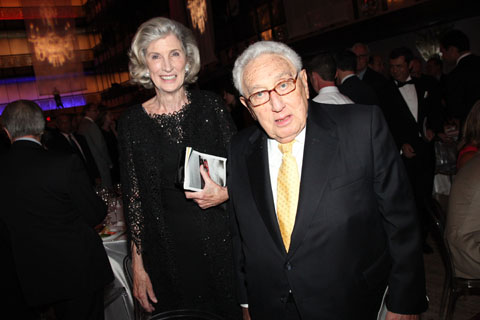