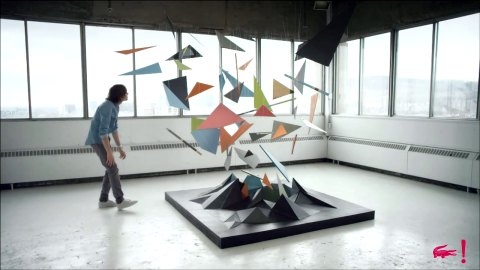 Each season, Lacoste Live goes to one of the style capitals of the world to look for unconventional talent, and this autumn is no exception. In fact, Lacoste has gone to one of our favourite cities in the world—and one of the places where this magazine’s name is officially pronounced lu-seer—Montréal. It checks out the multidisciplinary artist Julien Vallée and the band Cosmetics.
Vallée, a Gatineau-born artist, is well known in graphic art, with his work featured globally in The New York Times Magazine and IdN. He uses different objects and materials, giving them new meanings, just as Lacoste Live sees itself doing with each collection.
Cosmetics, meanwhile, is known for its frozen but emotional electro sound. Band members and Montréalers Nic M. and Aja Emma produce what Lacoste calls ‘stylized, brittle disco sounds that are strangely infectious. Juxtaposing their inherent contrasts with the numerous contradictions that are to be found in their hometown of MTL, Cosmetics create a musical language that is uniquely their own.’
The Lacoste Live website features Vallée and Cosmetics. You can also check out the autumn–winter 2012–13 collection and the Lacoste Live City Guide by Montréal locals Marc from www.hellskitchen.fr and Sophie from www.totalvelours.com, which you can also contribute to.
Lacoste Live also has a Facebook fan page, a YouTube channel, and a Flickr account. You can follow Lacoste Live on Twitter and Google Plus. 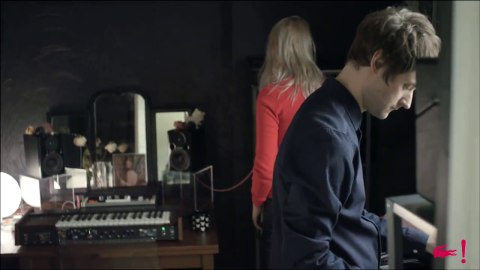 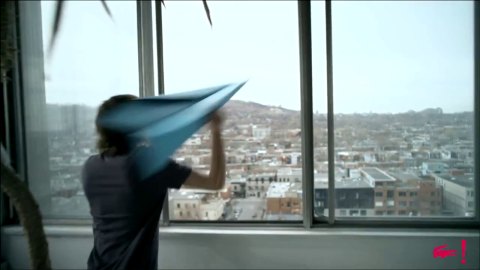