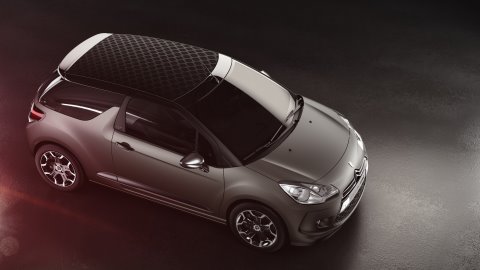 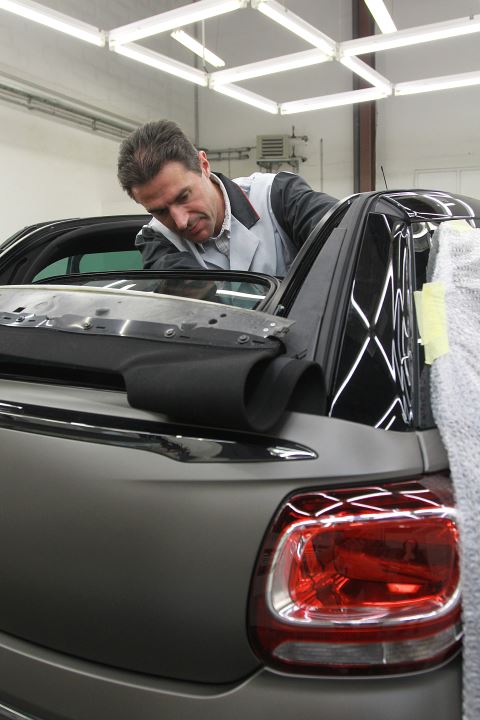 The Citroën DS3’s not exactly new any more, and, like cars that have been around for a while, a few limited editions might help to get some showroom interest.
And since Citroën has always regarded its DS3 as a fashion item, with the media comparing it to the Mini and the Fiat 500 (we’re not exactly sure why—the regular C3 is far more Citroënesque and cute to us), why not subject it to the fashion magazine treatment?
A few years back, we covered the Citroën DS3 by Orla Kiely, and this time, it’s our colleagues at L’Uomo Vogue who have had a chance to tinker with the model.
Not just any DS3, but a new cabriolet, which made its début in Milano earlier today, as part of the menswear fashion week.
The prototype shown here will be sold at auction to benefit Women Create Life, a project developed under the World Health Organization.
It will also be seen at the Studio Visconti, via Mozart 14, Milano, along with a photo exhibition featuring 100 photographs on fashion, lifestyle and celebrity, including images of Michael Jackson by Bruce Weber, Cindy Sherman by Mark Seliger, Elton John and David Furnish by Steven Klein, Oliver Stone by Francis Carrozzini, Maurizio Cattelan by Greg Kadel, Penelope Cruz and Sean ‘Diddy’ Combs by Peter Lindbergh, and Dustin Hoffman by Tom Munro.
Thierry Metroz, Style Director of the Citroën’s DS Line in Paris, describes the project’s concept in a release: ‘This one-of-a-kind piece was created through the collaboration between L’Uomo Vogue magazine and the Citroën Style team. It’s a unique version using specific colours and materials both internally and externally, which incorporates the DS line and L’Uomo Vogue’s distinctive elements, inspired by their respective worlds and the latest trends in men’s fashion. The well crafted interior is reminiscent of sports cars from the past, painstakingly made by the Atelier Vanhulle, master craftsmen. Our technicians, specialized in concept cars, lent their experience and time for each component in the interior.’ 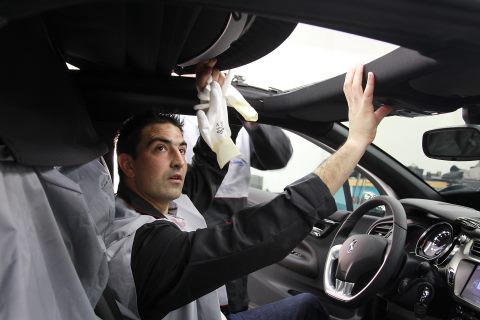 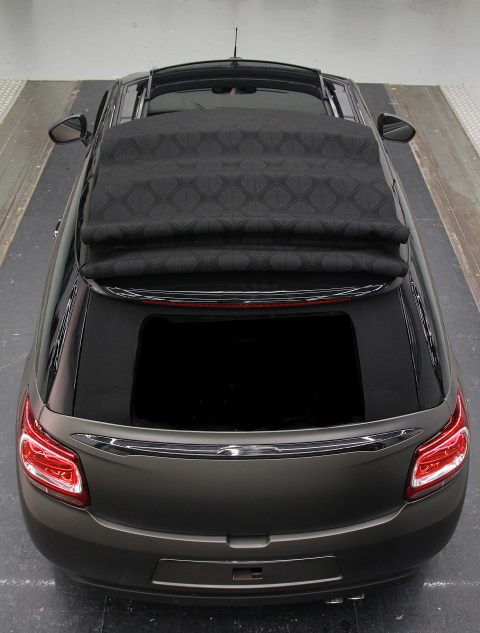