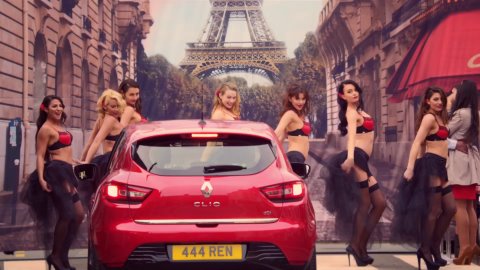 Today, Lucire has come full circle. One of the earliest stories on the web for our group was on the Renault Clio’s Nicole and Papa campaign, created in the early 1990s by Publicis. The Clio, which was the first Renault to hit the best sellers’ lists consistently in the UK, was sold with a cheeky campaign featuring two characters—Nicole, a young French lass, and Papa, obviously, her father. Those were the only two words uttered in the majority of the commercials, with the exceptions of ‘Maman’ and ‘Bob’, the final referring to comedian Bob Mortimer.
The last Nicole and Papa TVC, released when the Clio II was launched in 1998, saw Nicole finally walk down the aisle, about to marry Vic Reeves (a.k.a. Jim Moir) when she finally decides, at the last minute, to run off with Bob Mortimer instead.
It’s hard to believe that Nicole and Papa entered the British consciousness 20 years ago, in a series which also marketed French flair and the belief that the French have a better lifestyle than the British.
The Clio is still with us, but it’s much larger than before. Now on its fourth incarnation, the latest Clio is more expressive and sporty in looks, thanks to the work of Laurens van den Acker. It’s on the previous model’s platform, albeit heavily revised, and that’s a good thing. In the stories we did on the Clio—both publisher Jack Yan and travel editor Stanley Moss took Clio 3s around France and New Zealand—we found it one of the most capable superminis, a small car with a big-car feel. In fact, we found it better for cruising New Zealand’s South Island than the Holden Commodore, which we tried around the same time.
Clio IV features an 899 cm³, three-cylinder engine, but it’s turbocharged, developing more than 90 PS—those are the sorts of eco-friendly, yet powerful, specs that you can expect from the French these days. Renault claims a combined 88·3 mpg from the Energy dCi 90 engine. Archrival Peugeot similarly has three-cylinder units for its 208, the Clio’s closest rival at home, though the entry-level engine here is actually a 1·1 four which develops 75 PS. An RS model appears in 2013, getting 200 PS from a turbocharged 1·6, continuing the tradition of pocket rockets from Clio—Lucire photographer Doug Rimington once owned a Clio RS 182, which proved to be an able and taut sports hatch.
The great thing is that Clio IV has the looks to match its ‘va-va-voom’ nature. The new model’s styling conveys everything that Nicole and Papa tried to do: that when you get a Clio, you’re getting a dose of French flair. But wait, there’s more: ‘va va voom’ includes a sense of passion, something which van den Acker’s styling attempts to do. This isn’t a dull little hatch in the domestic appliance mould: Clio IV is emotive, and even sexy. They’re not words you tend to hear in the B-segment.
To show just what Renault means, the company has come up with two videos, one for unsuspecting male test drivers who come to a corner and are surprised at what happens when the ‘va va voom’ button is pressed, and the other for female test drivers.
And to bring things full circle, Nicole and Papa make an appearance, uttering the lines that made them famous. It does seem that the years have not been kind to Nicole and Bob, because there’s no sign of Mortimer, as Nicole has found herself a new man.
But isn’t that just what we expected? 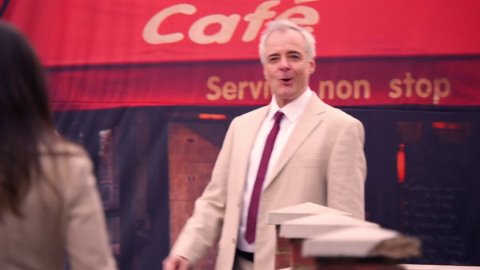 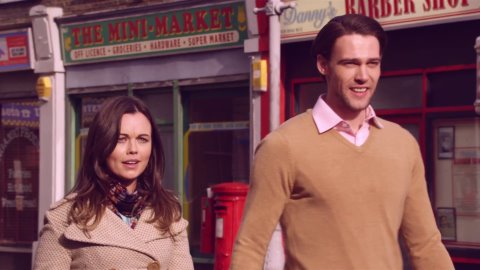