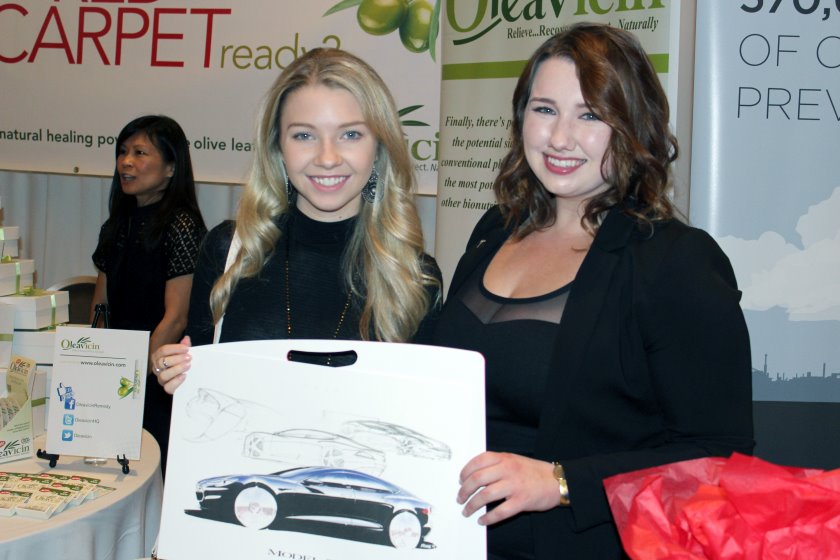 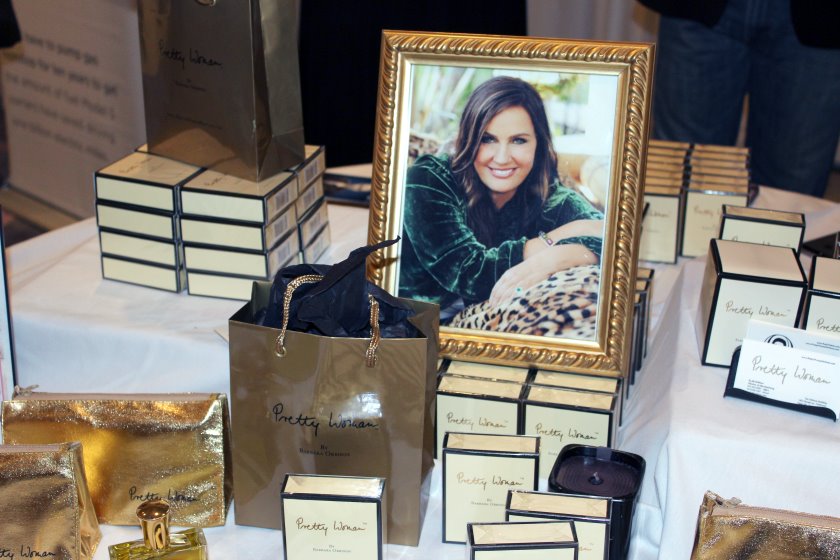 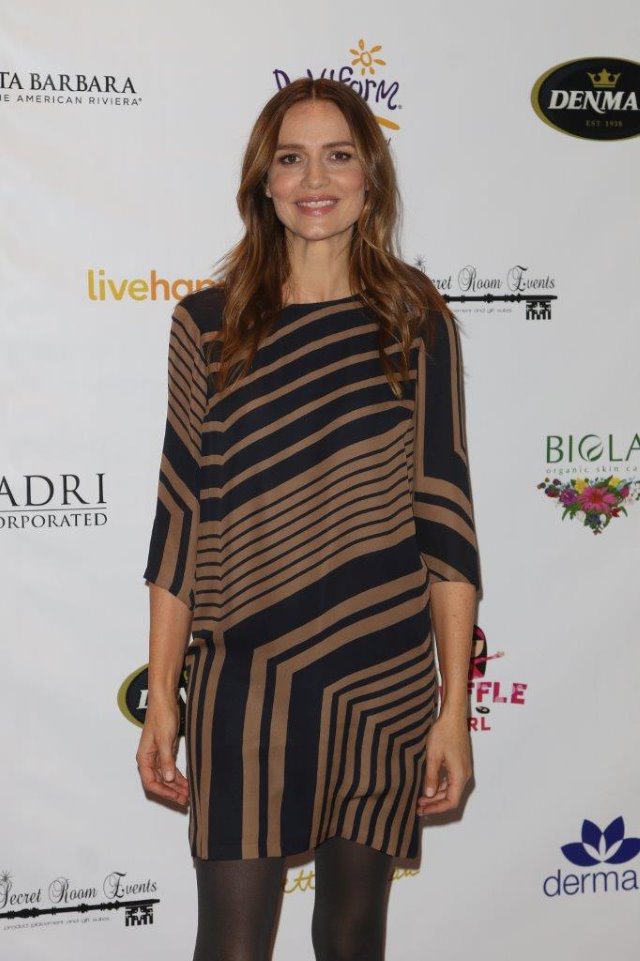 Pre-award suites have been around for so long that the expression ‘Now, I’ve seen everything’ genuinely applies in many cases. For this reason, Rita Branch’s latest outing, Ultimate in Luxury Red Carpet Style Lounge, was positively brilliant because many of the vendors were making their red-carpet début. Even better, women-owned companies were in the spotlight, as were beauty products from around the globe.
Marquee sponsors included Visit Santa Barbara (still Hollywood’s backyard playground), Los Angeles’ Dermale skin care, Mommy-and-me gear from Rufflegirl.com and Eve & Nico. New York-based Eve & Nico, which was gifting hand-wrought telephone wire baskets from South Africa to guests, is a woman-founded company that stocks its web store with unique decorative and fashion items crafted by women from a variety of communities around the globe. While proceeds from the bowls, handbags, wall hangings, candles and other items benefit women and families in need, there’s the added pride a consumer feels knowing that someone took her time to make something of beauty and utility.
And speaking of global travel, Queen Latifah’s ‘Make me international!’ line from the film Last Holiday was a great way to describe the head-to-toe beauty offerings, which dominated the event. There were special golden-handle Denman hairbrushes from the UK (a favourite tool in salons throughout the world), Dermale’s new Purifying product collection line, and MyntSmile, a multi-tasking toothpaste created by New Yorker Lisa Marie Kao that not only whitens and prevents cavities, but protects expensive investment dental work.
A unisex body scrub and lotion from Israel’s Adore Organic Innovation products, made from Dead Sea elements and other organic ingredients, was also a hit with celebrities. Jakob Pahima, who co-owns Adore’s LA-area boutiques, explained how the collection of cleansers, toners, eye creams, body lotions, nail care, moisturizers, night creams address such issues as wrinkling, sagging, and uneven skin tone.
Fernanda Japan offered a garden of heavenly delights, with perfumes, colognes, body lotions and hair conditions in a dozen vivacious floral–fruit aromatic blends. British Columbia-based Scentuals tempted people with their herbal, cruelty-free products for men, women and infants. Oleavicen lip balm and first aid ointment made in Santa Barbara draw on the power of olive oil, beeswax and alœ to alleviate dry, sensitive skin and small wounds quickly and without mess. The origins for Brevena Skin Care (from Minnesota) grew out of its original use in burn centres. When doctors gave the manufacturers feedback on how the creams helped their often-washed and overly dry skin, they realized their oat-based proprietary formula could treat a variety of skin ailments, from excessive sun exposure to eczema.
City Color Cosmetics offered guests a variety of blushes and lip paints in both natural and neon hues. Barbara Orbison, wife of late Roy Orbison, offered a fitting tribute to him with her Pretty Woman fragrance, in perfume, candle and solid-fragrance form. The composition of floral, vanilla, amber, spice and woody essences comes together as something with a warm, old-school feel to it that recalls other classics like Estée Lauder’s Youth Dew. Edda Scandinavian body care and home products, crafted in the US, are inspired by the fresh, natural aromas of Scandinavia as well as their cultural penchant for all things organic and sustainably produced.
While veteran fashion publicist Kristi Ling was on hand to promote her friends behind Betty Boop-licensed apparel, we’re excited about the new path she’s taken as a life coach. Her insight on how to reinvent and recharge your life is covered in her new book, Operation Happiness. While many books promise big changes in multiple steps, she narrows the path down to three: ‘Change Your View’, ‘Change Your Mornings’, and ‘Create New Habit’. If her self-reinvention is any indication, the book should be a compelling read. Another casual clothing purveyor was Twisted J Apparel, whose designs are inspired, in part, by Native American art forms.
Of course, there cannot be an awards’ show suite without some bling. Rita and company did not disappoint. On the costume ends of things, Israeli-born Lilach Adoni was a crowd-pleaser with her state and country silhouette medallions in gold and silver tone and crystal embellishments. On the higher end, Nadri unveiled its new line of sterling silver and semi-precious stone pieces that, in terms of appearance and artistry, could give pricier lines a run for their money—especially when fashionable people are looking for conflict-free glamour.
If you’re a guy who lives in the fast lane, but wants to do it in a way kinder to the environment, you would have found the presence of Tesla Motors (which first appeared in our pages in 2004) to be quite exciting. The California-based company owned by Elon Musk, that has the entire automotive world talking, gave away limited edition prints to celebrities, and sleek key chains to all.
Celebrities attending included Saffron Burrows (Mozart in the Jungle), Nyle DiMarco (America’s Next Top Model), Sarah Hay (Flesh and Bone), A. J. Buckley (CSI), Richard Portnow (Trumbo), Anthony Anderson (Black-ish), director Klaus Haro and actor Kai Nordberg (The Fencer), Bernardo P. Saracino (Sicario), and Johnny Ortiz (American Crime Show).—Elyse Glickman, US West Coast Editor 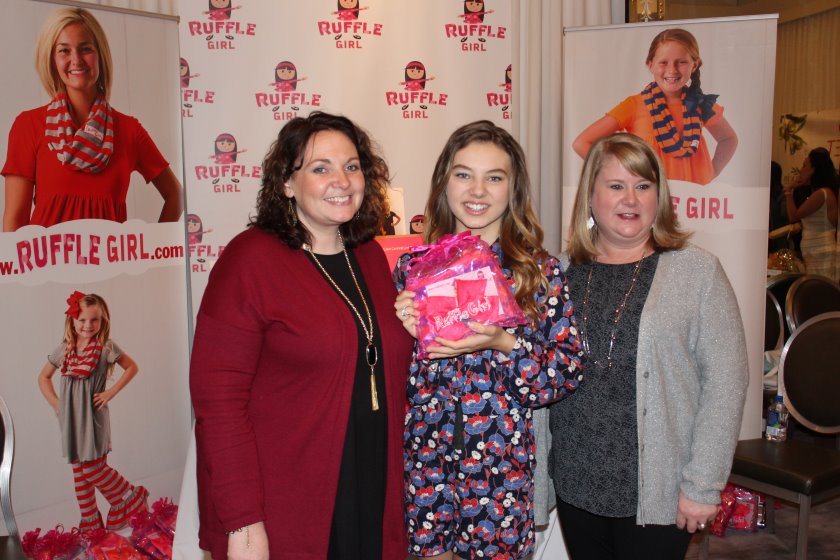 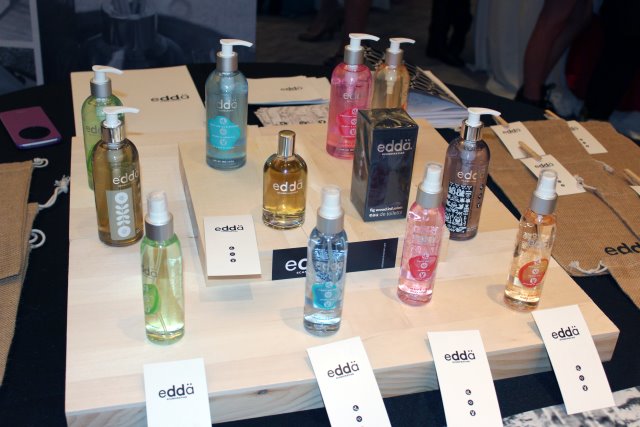 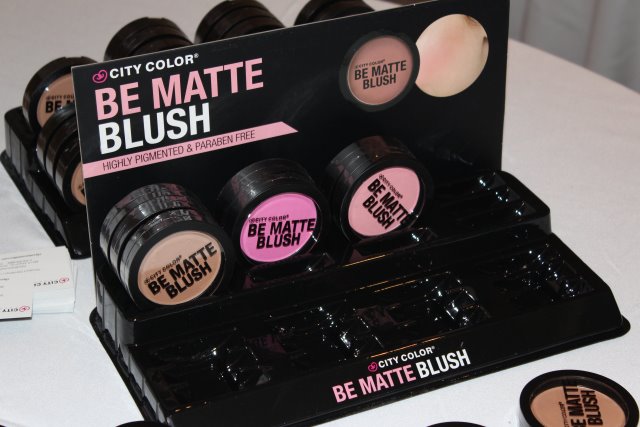 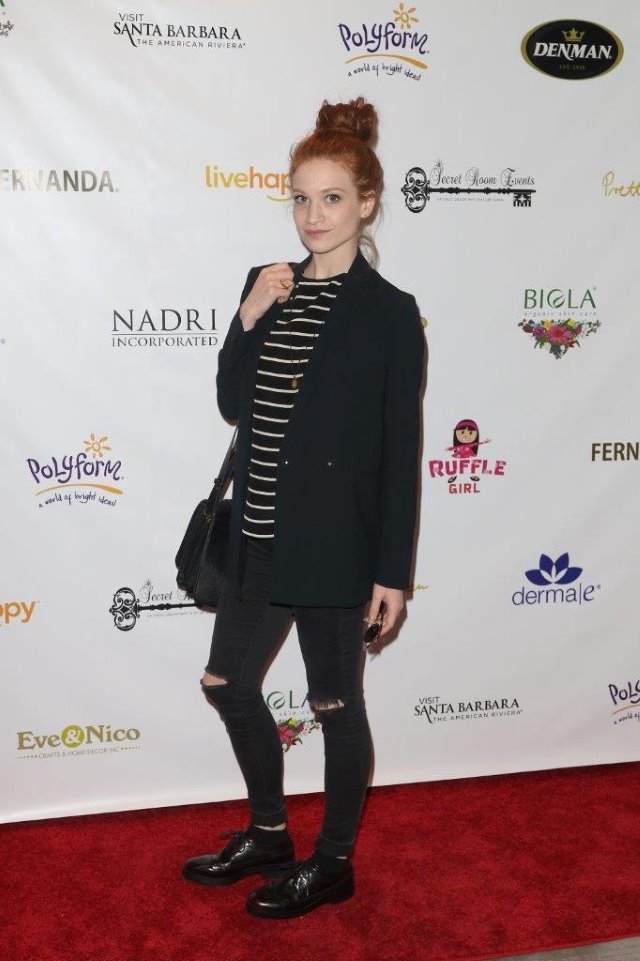