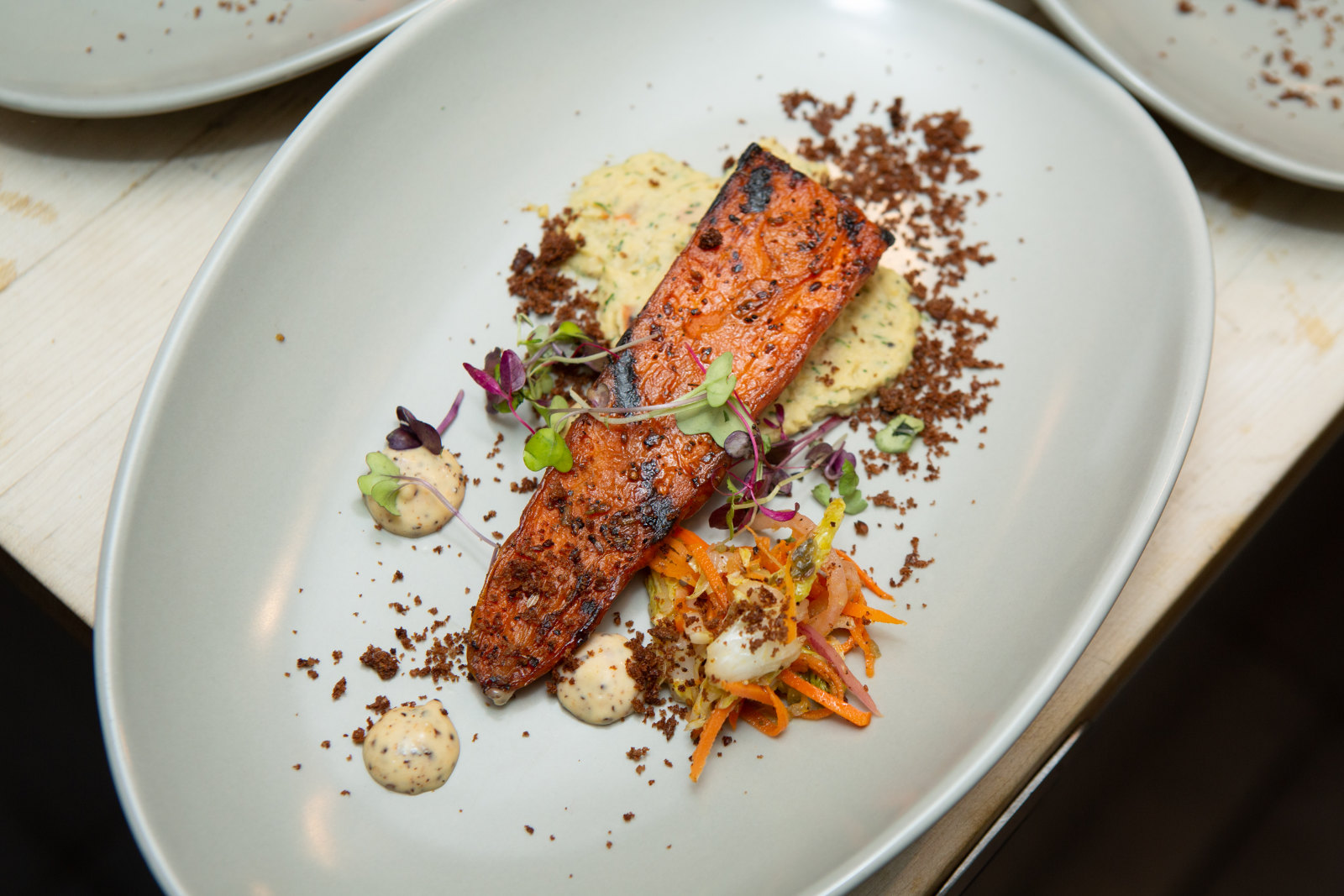 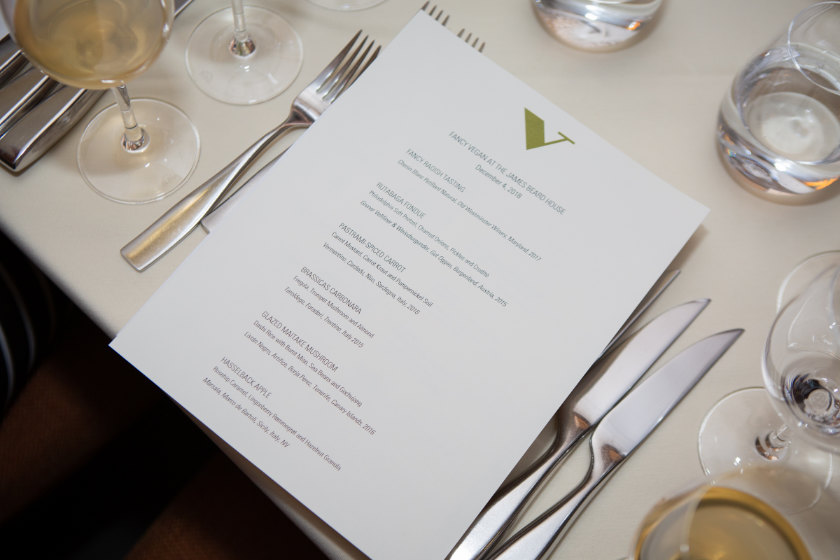 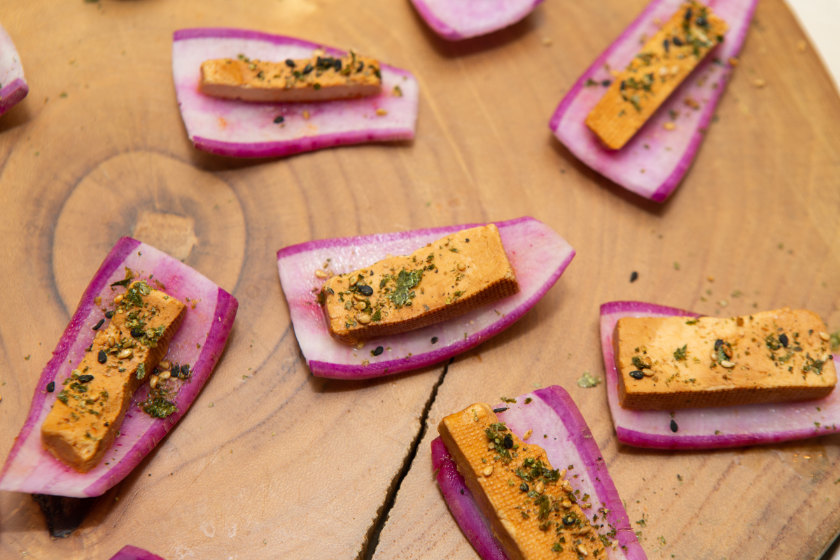 Proving vegan can be fancy at the James Beard Foundation.

The annual New York Produce Show and Conference, hosted by Jim Prevor, expert, founder and CEO of Produce Business and Perishable Pundit, gathers people within and around the industry. The event, divided into a four-day period, begins with Foundational Excellence, where Cornell University students and professors gather to share and understand the issues at hand at an educational forum. Their insightful studies and perspectives lead to the next day for the Global Trade Symposium where international traders unveil the changes and improvements in the industry. Pioneers, including the co-founder of Innovative Fresh, Jegler de Vriend, and Mayda Sotomayor-Kirk, the CEO of Seald Sweet, shared their experiences. The third day is all about featured exhibitors, with brands and produce that lead to a healthier and better world, and on-hand chef demonstrations and educational micro-sessions. Fresh foods, delicious snacks and thirst-quenching drinks were on display. As the fourth day rolled under way, the Ideation Fresh Food Service Forum focused more on the business aspect of the industry. Prevor’s deep passion and insightful knowledge really come into play.
Del Posto, the high-end gourmet hot-spot derived by Joe Bastianich, Lidia Bastianich and executive chef Melissa Rodríguez, is an unforgettable, elegant New York location. During an intimate and exclusive dinner, prominent chef Daniel Boloud and Rodríguez came together to create some stunning dishes. If food could sing, the talented duo would have performed an unforgettable symphony. Rodríguez worked at Boloud’s famous Michelin-starred restaurant Daniel in 2006 and obtained considerable recognition for her savoir-faire. The reunion was memorable: the dinner, comprising five courses, was accompanied by the most rare and delectable wines highly regarded by sommeliers everywhere. The dishes included dover sole with sunchokes and black truffles, where each bite was an absolutely joyful experience; crown-shaped pasta filled with toma cheese and white truffle, with a burst of flavours; the Scharbauer ranch wagyu strip loin, braised red cabbage, smoked brisket and sauce bordelaise had a sophisticated tang and texture. Del Posto is more than simply a restaurant; it is a place for much-awaited culinary affairs.
The Consulate-General of Italy in New York hosted a spectacular evening alongside Castello di Ugento and the Culinary Institute of America (CIA) at the rustic and beautifully welcoming Blackbarn Restaurant. The Castello di Ugento is a seventeenth-century castle-turned-boutique hotel with a magnificent gourmet restaurant, Il Tempo Nuovo, based in the breathtaking southern region of Puglia. The intimate dinner celebrated the opening of Settimana della Cucina Italiana, revolving around the glamour of Puglia. The delicious dinner, by talented chefs Odette Fada and Tommaso Sanguedolce and a number of CIA graduates focusing on Italian cuisine at the sophisticated Castello di Ugento, was all about taste and freshness.
The Gualtiero Marchesi and La Cucina Italiana is another event to highlight, as the evening brought a small group of people together to celebrate the famed Gualtiero Marchesi, a personality remembered as the pioneer of modern Italian food. As many of Marchesi’s dishes came to life, it was apparent his life-long aspiration continues today. 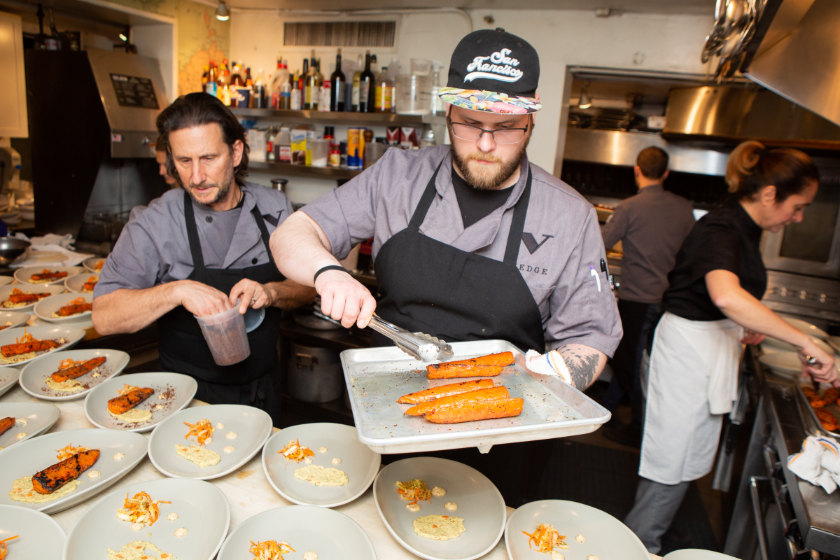 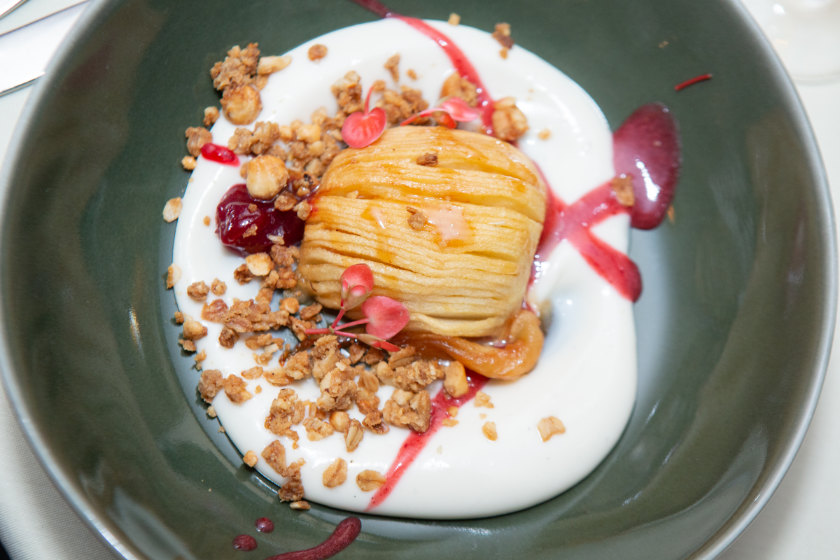 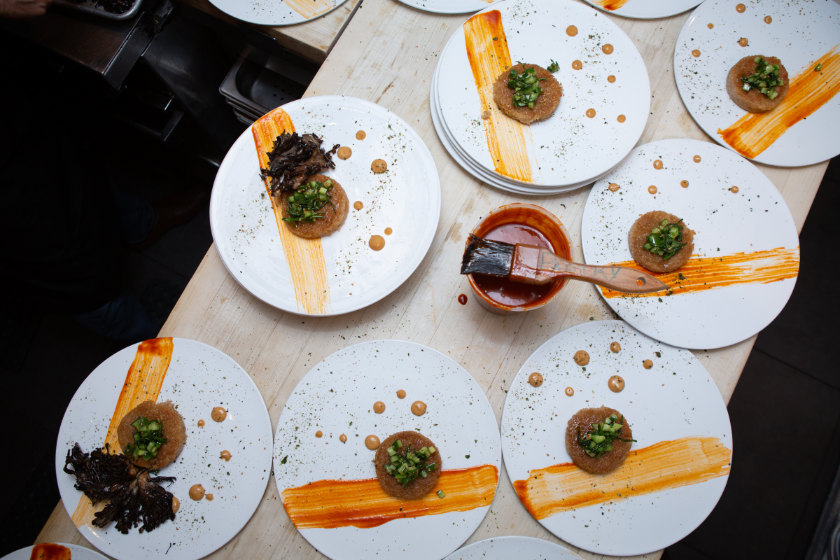 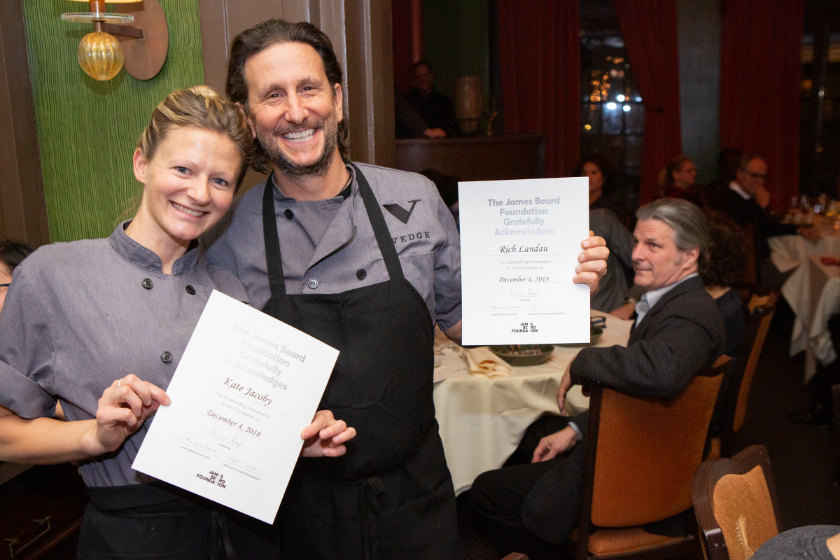 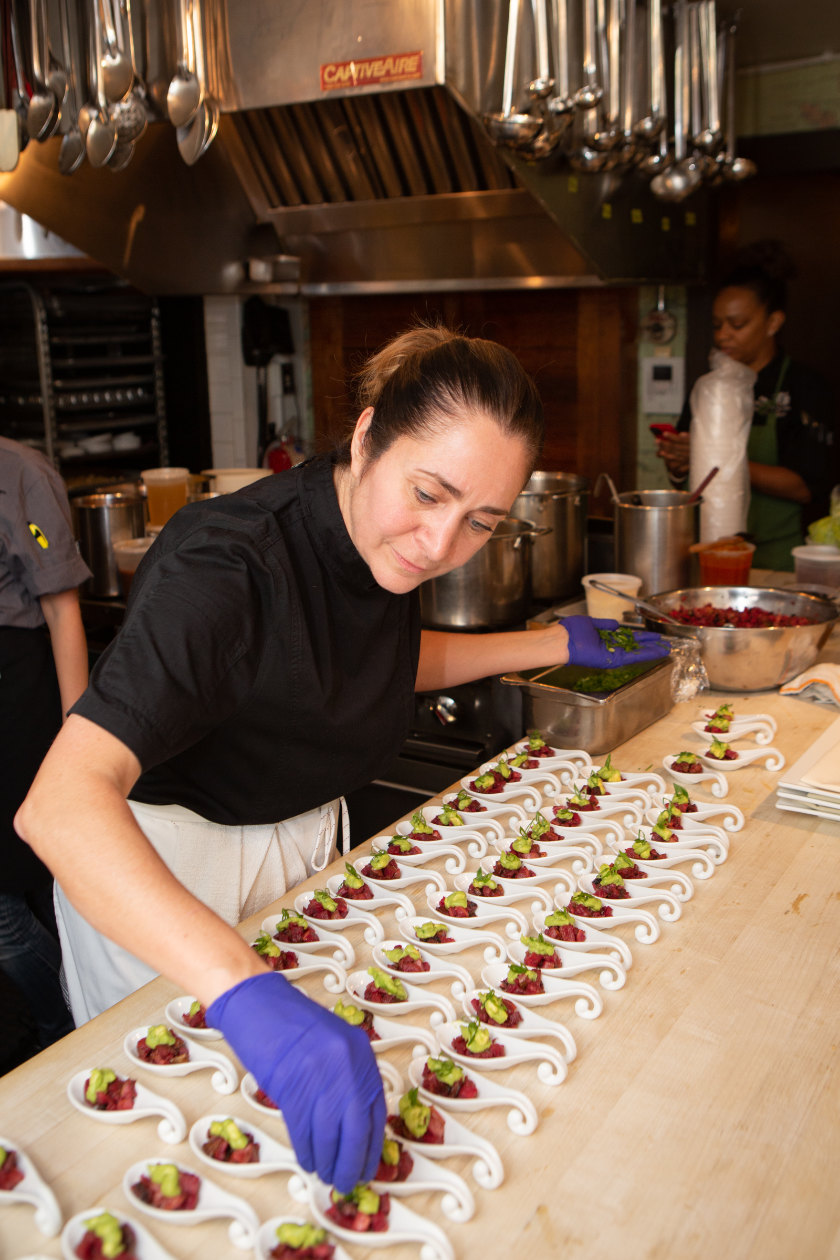 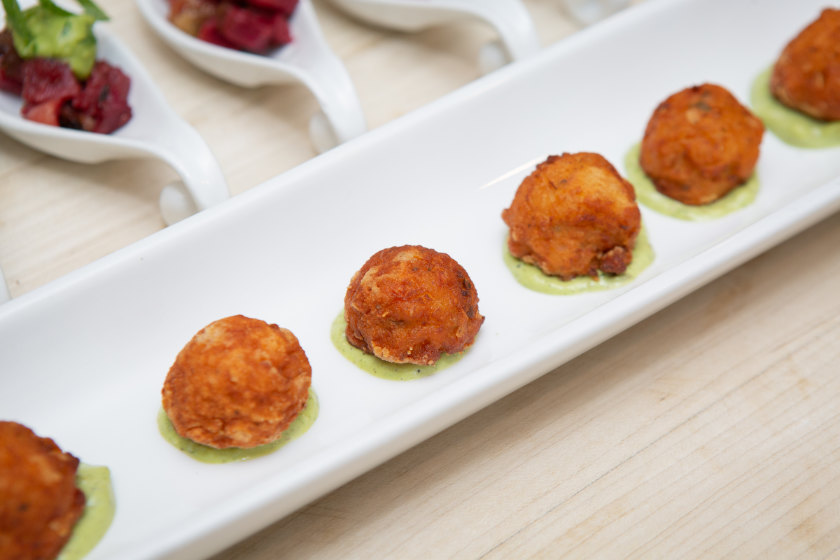 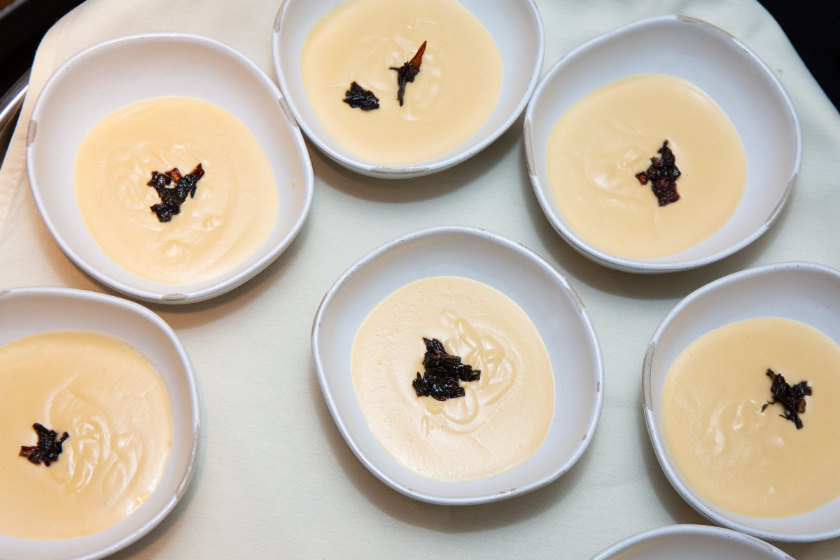 The James Beard Foundation proves that even vegan can be sophisticated, delicious and alluring. The Fancy Vegan held at the James Beard House in Greenwich Village in New York City, an intimate and quaint home-like getaway, featured the creative cuisine of husband-and-wife duo, Kate Jacoby and Rich Landau of Fancy Radish in Washington DC and Vedge in Philadelphia. Guests were excited and curious to discover the tricks the chefs had up their sleeves, wondering to what extent vegan can be classified as delicious to connoisseurs and ultimate foodies. The appetizing rutabaga fondue accompanied by Philadelphia soft pretzel, charred onions and pickles, were exquisite. The spiced carrot with carrot mustard carrot kraut and pumpernickel was even more mouthwatering. The glazed maitake mushroom dash rice, burnt miso and sea beans tasted like a gourmet delicacy—a true epicurean delight.
Food Allergy Research & Education (FARE) is all about helping those who suffer from food allergies. Internationally regarded as the largest national private source of funding for food allergy research, the non-profit organization specifically focuses on finding ways to improve an individual’s quality of life in the long run regardless of their vulnerability and susceptibility toward certain foods. FARE hosted their 21st Annual Food Allergy Ball at the Ziegfeld Ballroom in New York. Guests cheered FARE’s research, continuing to find new treatments and remedies for a better and healthy life without the constant worry of potential outcomes. Kimberly Yates Grosso, called to the stage by her three daughters, was the guest of honour, applauded for her advocacy in the industry, standing up for families aiming to seek life-changing treatments. James R. Baker, Jr, MD, former CEO of FARE, received the Food Allergy Changemaker Award, and chef Alex Guarnaschelli, iron chef and Food Network celebrity chef, was honoured for her commitment to sustaining safe meals for her diners with food allergies. Karen and Lianne Madelbaum, as well as Diana Rikklis and Talia Day, were the gala dinner chairs; Joseph Ianniello, COO of CBS Corp. served as the corporate dinner chair; Liana Silverstein Backal, Arthur Backal, Nina Rennert Davidson, Mitchell Davidson, Kathy Franklin, Abby and Robert Goldstein, Helen and David Jaffe Nicole and Marc Lenner, Roxanne and Dean Palin and Stacey and Marc Saiontz served as vice-dinner chairs.
Jessica Vosk, a Broadway performer and personality, gave a heartfelt performance, and shared her personal experiences as an individual affected by food allergies. The dinner menu was precisely assembled with food allergy issues in mind, omitting certain components and ingredients that trigger sensibility and aversions amongst allergy-stricken individuals, including peanuts and shellfish.—Lola Cristall, Paris Editor 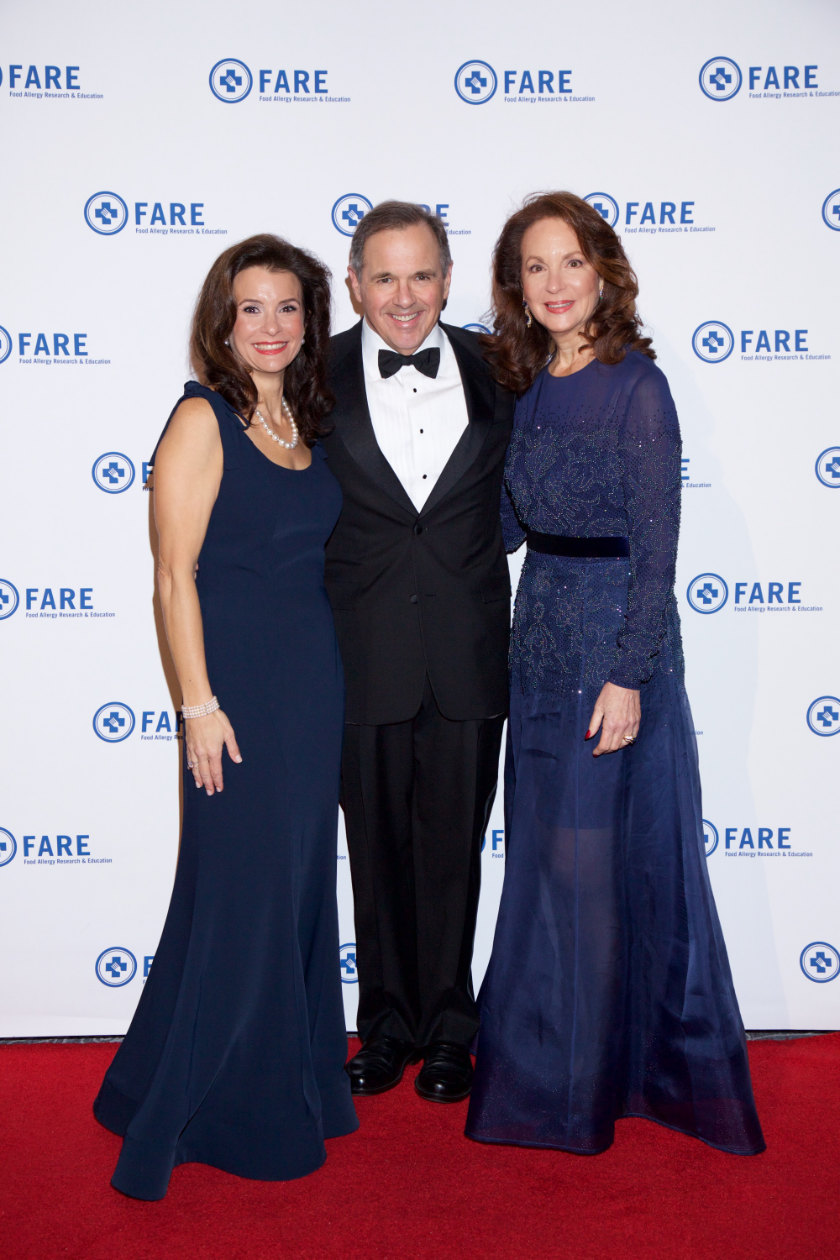 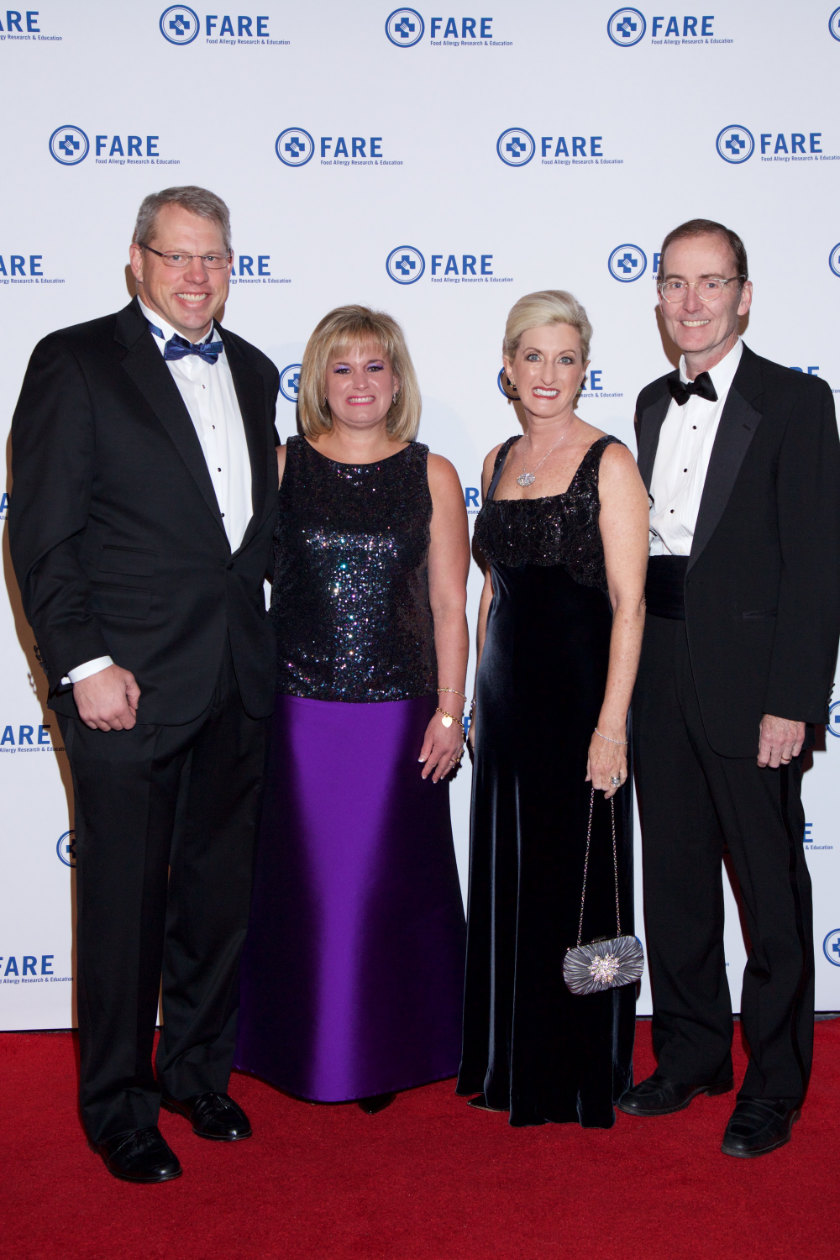 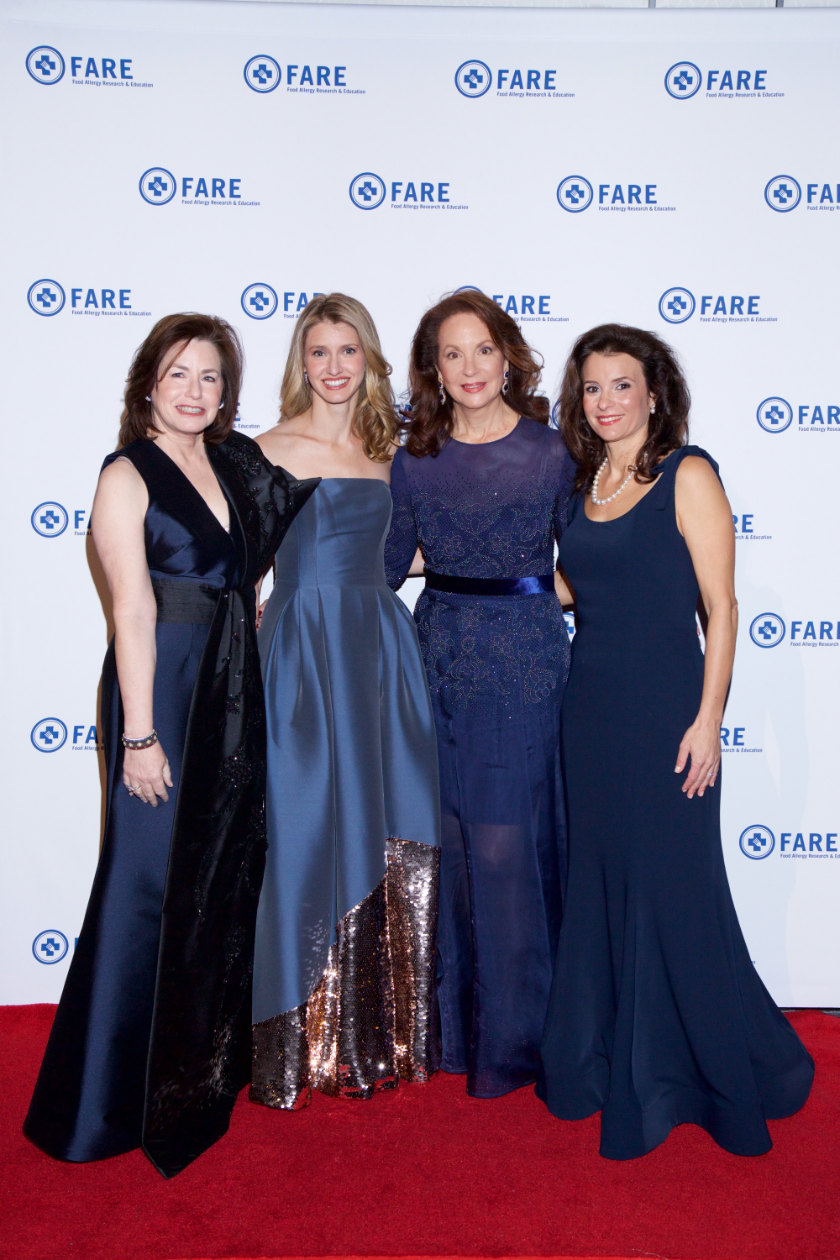 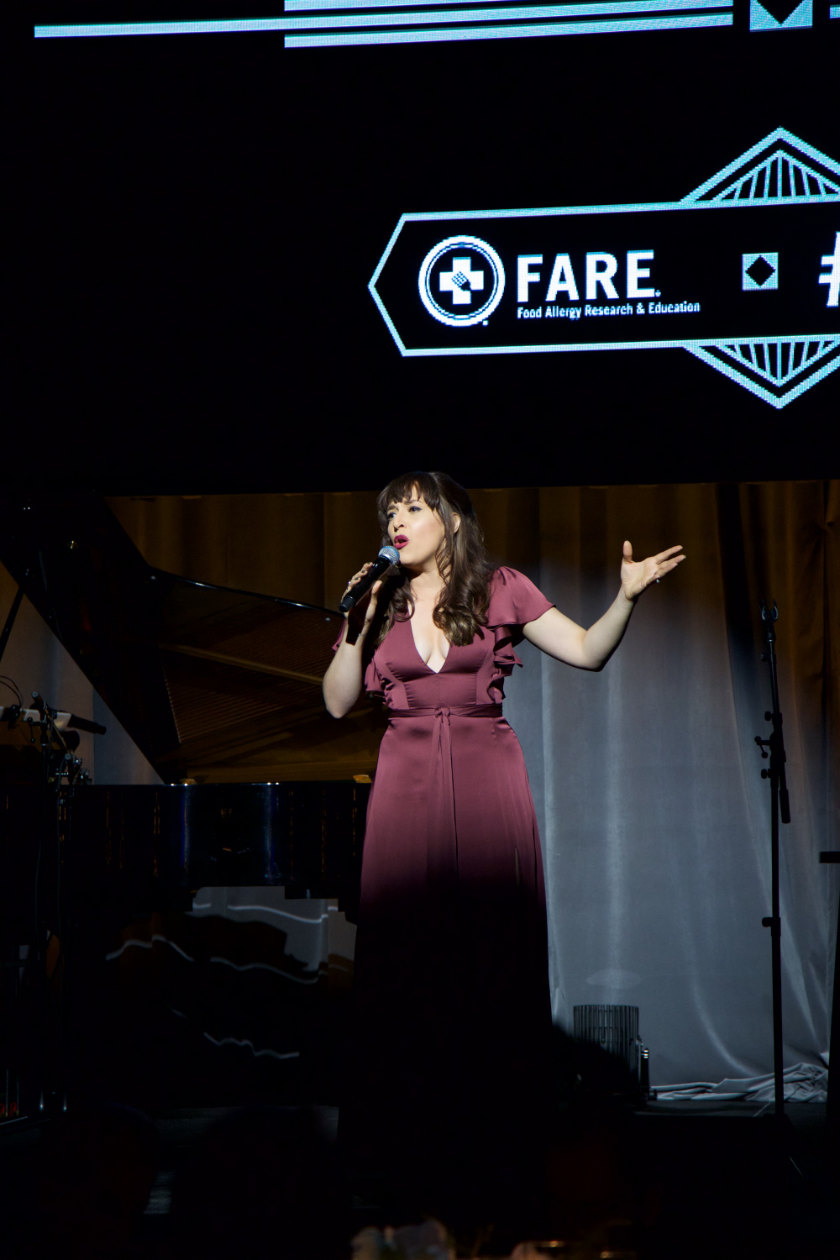 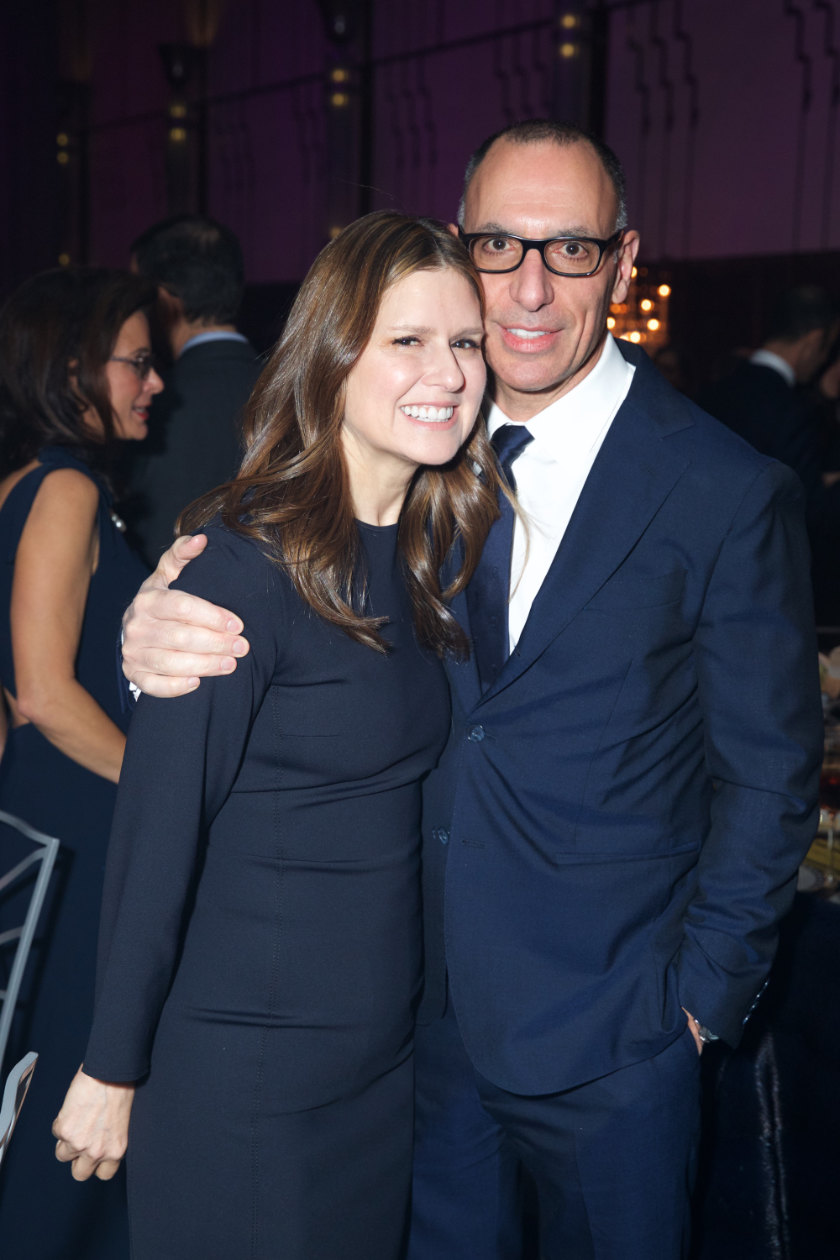 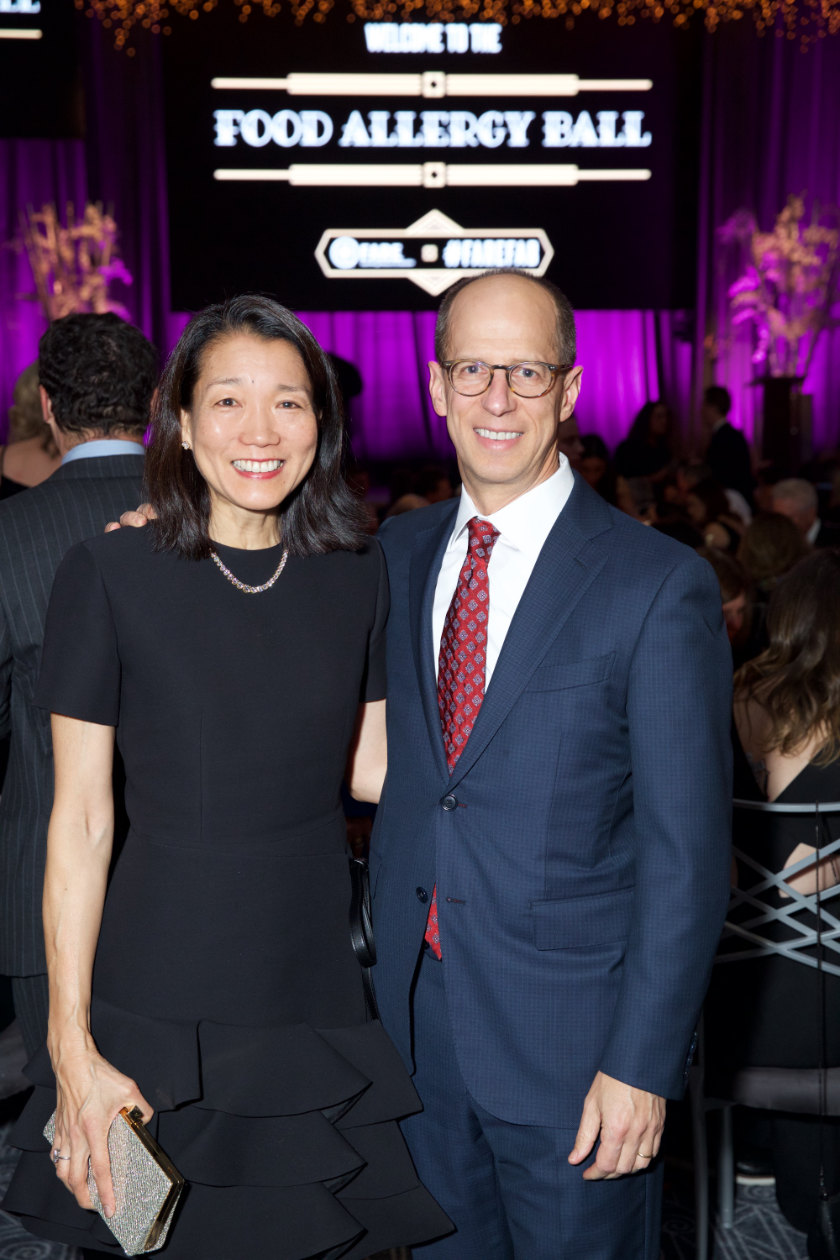 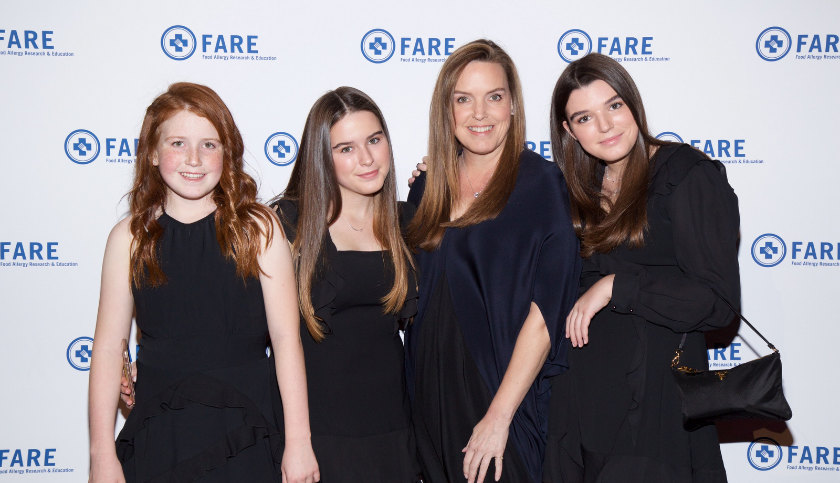