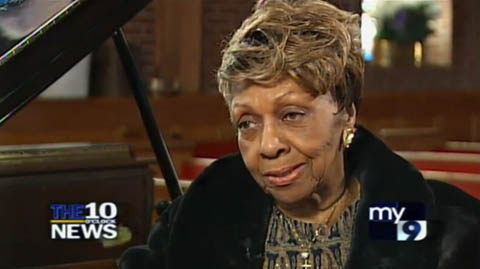 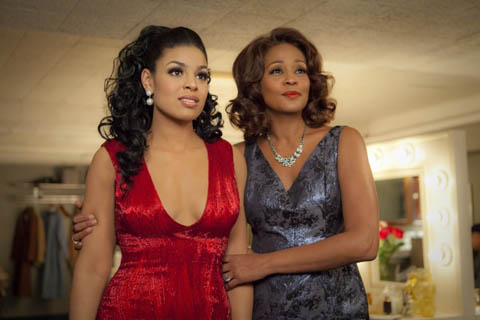 Top Cissy Houston talks to a New Jersey TV station on Monday. Above Jordin Sparks and Whitney Houston in the remake of Sparkle.

The mother of the late Whitney Houston, Cissy Houston, has broken her silence and commented on her daughter’s untimely passing.
She gave an interview with New Jersey-based My9’s The 10 O’Clock News on Monday.
‘I miss her … Ain’t no sense in being angry. I can’t get angry with God, who knows all and does all,’ she says in the interview.
Houston, who is a gospel and soul singer, also says, ‘I am a true believer in God, if I could bring her back I would, but that’s not possible.’
Meanwhile, the trailer for Whitney Houston’s last film, Sparkle, has been released. Houston plays a mother of three daughters in a successful singing group, and the film was meant to mark her comeback. It is her first silver-screen film since 1996’s The Preacher’s Wife.
Sparkle is a remake of the 1976 film of the same name.