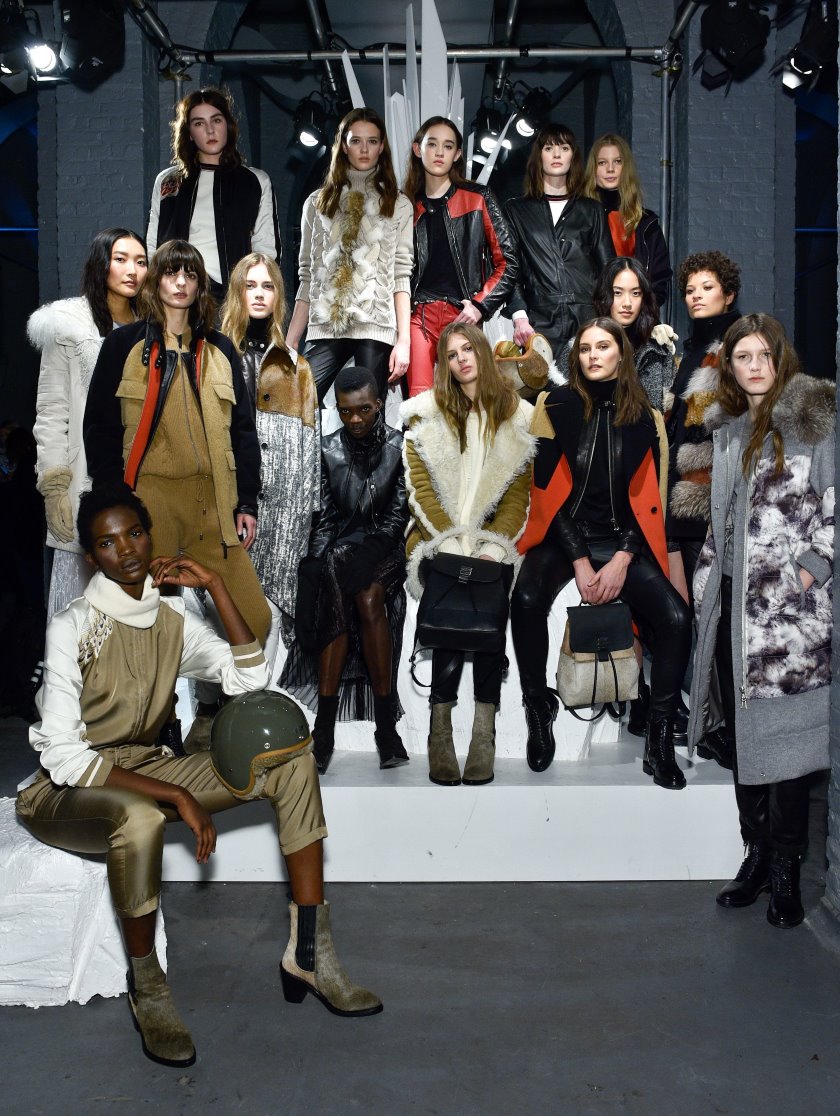 While London Fashion Week catwalk videos play on our home page and at Lucire TV, we have a little more from Belstaff, which showed its autumn–winter 2016–17 collection at One Marylebone by Regent’s Park.
Its Polar Pioneer collection takes inspiration from Edith ‘Jackie’ Ronne’s pioneering 1947 Antarctic expedition. Arctic solo expedition pioneer Christina Franco was special guest at the collection’s showing.
Belstaff’s autumn–winter look is heavy, raw and tough, with inspirations from snowy, rocky Antarctic landscapes and Inuit dress. Black and red leather, fur lining and patchwork feature.
In a release, Belstaff’s vice-president of women’s design, Delphine Ninous, notes, ‘We were inspired by female pioneers venturing into the earth’s bleakest locations.
‘Protection from the elements, warmth and comfort are key, as are the stylistic influences derived from these lands and the animals and people inhabiting them.’
Grabbing more headlines was its collaboration with actress Liv Tyler, who is a Belstaff ambassador.
The Liv Tyler–Belstaff capsule collection showed alongside the main autumn–winter one, but was displayed on mannequins rather than live models. Tyler worked closely with Ninous on the collection.
‘I wanted to express strength through outerwear and leather alongside a more feminine sensual side through the softer materials of shearling and silk, and via my fitted silhouettes,’ said Tyler. ‘It is a true amalgam of masculine and feminine. These are the 12 key items every woman should have in their closet.’
Promoting the capsule collection was a promotional film called Falling up, which features Tyler retracing the footsteps of Amelia Earhart, who was one of the first women dressed by Belstaff. Tyler also serves as executive producer.
Guest for the capsule collection was pilot Tracey Curtis-Taylor, who did a solo flight with her vintage biplane from the UK to Australia, following the path of Amy Johnson. Belstaff notes that it also dressed Johnson.
Falling up follows Belstaff’s earlier Outlaws, which starred David Beckham.
The capsule collection goes on sale in September.