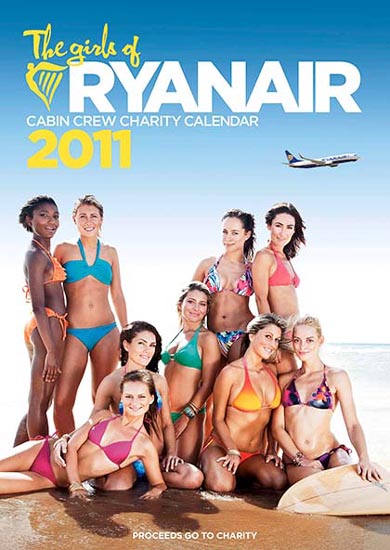 Given the press it gets, Ryanair was unlikely to go away from its cabin crew calendars, despite criticisms of sexism and objectiﬁcation.
This year, the company has been cheeky enough to ask passengers what kind of calendar it wanted: one of male ﬂight attendants, the traditional one featuring female ﬂight attendants, one of passengers, or a joke alternative of ‘geeks’ at Eyjafjallajökull. 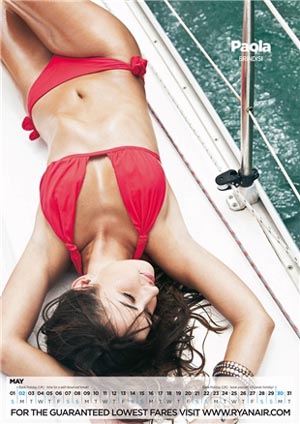 As expected, it was the usual female ﬂight attendants’ alternative that won, with the result launched in Berlin today. The photo shoot for 2011 took place at Fuerteventura, one of the Canary Islands.
Four hundred charities had applied to be the beneﬁciary of up to €100,000 of the proceeds, with Ryanair choosing Germany’s Tafel. Each calendar costs €10, and can be purchased on ﬂights or at Ryanair’s calendar website.
The airline has pulled back slightly from the nudity of some of the pages of the 2010 calendar, which attracted criticism this time last year.
Tafel is a food charity, with programmes for both young people and seniors.
Despite the press attention in Germany today, Ryanair has also announced it will cut its ﬂights to the country, according to Reuter, affecting 1,000 jobs. 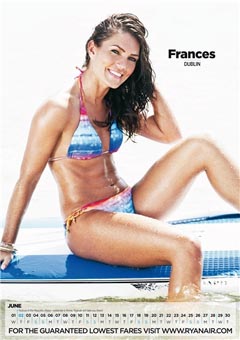 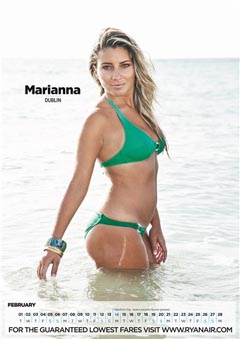