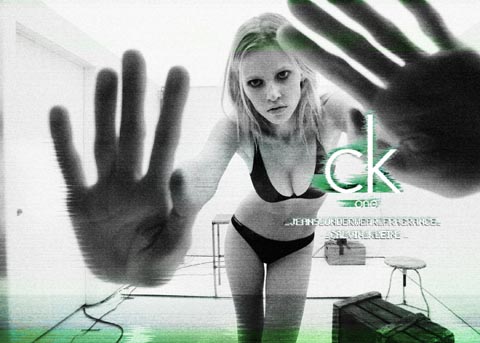 Above Lara Stone was the surprise in Forbes’s 2011 list of top-earning models, buoyed by her Calvin Klein campaign, among others.

Forbes has released its 2011 list of the world’s top-earning models, with a substantial (30 per cent) rise for the top three: Gisèle Bündchen, Heidi Klum and Kate Moss.
Bündchen leapt from US$25 million to US$45 million as she became even more sought-after for endorsements. But Klum and Moss also went up considerably: from US$16 million to US$20 million, and from US$9 million to US$13·5 million respectively.
The rises are in line with Lucire’s predictions, worked out by Vicki Matias, on April 1. We had predicted a rise for all three, and that Moss would rise more considerably than Klum, which she did both percentage-wise and in terms of actual earnings.
The rest of the top 10 had gains but not as substantial as the top three; in some cases, there were reductions in earnings. Adriana Lima, at fourth, rose a mere half-million dollars to US$8 million. Alessandra Ambrosio recovered to a ﬁth position after slipping to sixth last year, earning US$5 million—down on her 2009 ﬁgure of US$6 million and her 2010 ﬁgure of US$5·5 million.
In sixth place, Daria Werbowy earned the same amount as she did in the 2010 table, US$4·5 million, but reﬂecting the economy, she managed to climb two places. We had predicted that she could overtake Ambrosio, but, in the end, she lost by $500,000.
Lara Stone—Mrs David Walliams—was the surprise in the Forbes ﬁgures, at US$4·4 million and seventh place. We had not expected her to appear at all.
Carolyn Murphy, predicted by us to move up, has done so, both in placing (eighth) and earnings (US$4·3 million, up $800,000). Surprisingly, Natalia Vodianova slipped to ninth at US$4 million (down from US$5·5 million), and Candice Swanepoel creeps in to the table at tenth, with US$3 million.
As predicted by Lucire, Miranda Kerr slipped out of the top 10 due to her pregnancy.