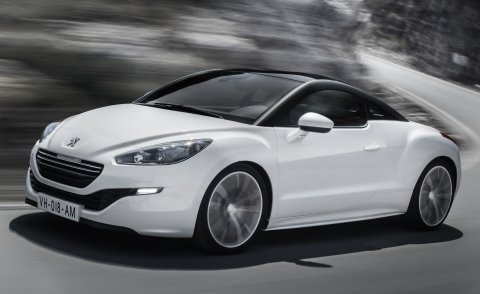 Motoring news seems to be outnumbering fashion news: it’s been reported that among Miss France 2013 Marine Lorphelin’s prizes is a Peugeot RCZ, a very stylish Austrian-made sports’ car.
Given that 40 per cent of the viewing audience watches the Miss France telecast on TF1 each year, it’s not surprising that the pageant attracts big prizes. Depending on the model, the car costs between €29,200 and €39,400 in France.
Lorphelin says her plans are to serve her reign as Miss France before returning to university to study medicine.
There are also a 50 m² apartment in Paris, jewellery, a diamond watch, two designer dresses, a video system, a trip for two to Mauritius, and beauty and gym treatments.
Continuing the motoring theme, our writer Sarah MacKenzie headed to Queensland to test the 2013 BMW X1, which has had improvements throughout the range. Her story’s in the main part of the Lucire website. It’s not quite the first motoring piece in Lucire penned by a female member of the team—that honour goes to former Miss New Zealand Amber Peebles—but Sarah does thankfully break an eight-year domination by the boys.
And if you thought, ‘I didn’t come to Lucire to read about cars,’ never fear: Paris editor Lola Saab looks at luxury jewellery from Van Cleef & Arpels at its current exhibition on at the Musée des Arts Décoratifs in Paris: cliquez ici, as they say in France.