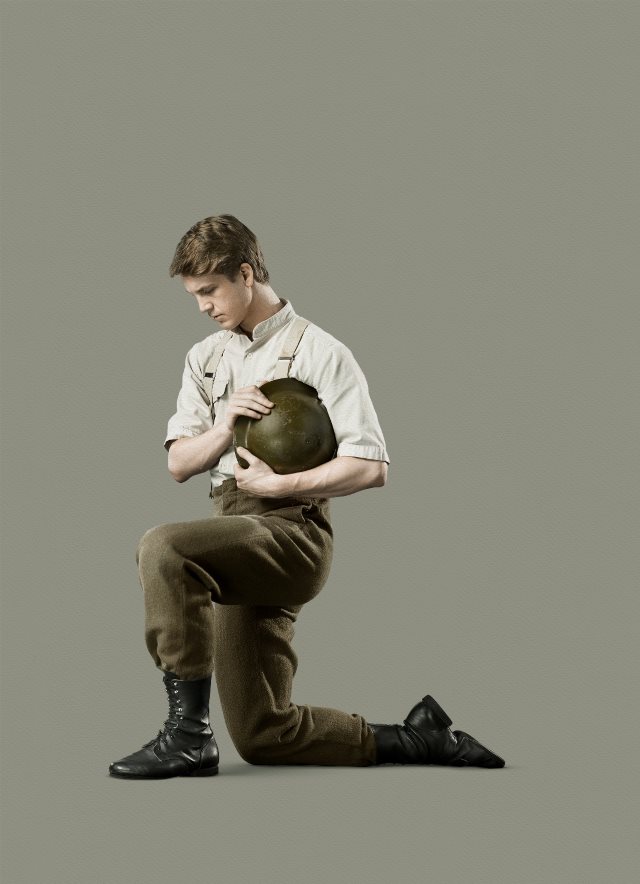 One of the most anticipated ballets from the Royal New Zealand Ballet, since news of it was announced in 2014, will première in Wellington on May 22. Salute, which comprises four dance works to mark the centenary of World War I, will tour Christchurch, Dunedin, Hamilton, Takapuna, Auckland and Napier after its performances in the capital.
‘This powerful programme themed around war, loss and hope is our tribute to those men and women who sacrificed so much, many of whom were the same ages as our young dancers,’ said RNZB artistic director Francesco Ventriglia.
The company will be joined for three of the four works by the New Zealand Army Band, which will perform, among others, a new commission by composer Gareth Farr. The Band will tour with the RNZB to every venue.
‘This dynamic mixed bill includes: a twentieth century masterpiece by legendary Czech choreographer Jiří Kylián; two world premières created for the company by NZ choreographers Andrew Simmons and Neil Ieremia; and the NZ première of a work by Johan Kobborg,’ said Ventriglia.
‘Watching the four works taking shape is very exciting, and profoundly moving. I really believe this programme will resonate with all New Zealanders,’ said RNZB managing director Amanda Skoog.
Soldiers’ Mass, by Czech choreographer Jiří Kylián with music by Bohuslav Martinů, is a commentary on the destructiveness of war, and is performed by 12 male dancers. It was originally created for Nederlands Dans Theater in 1980 and was first performed by the RNZB in 1998.
New Zealand-born Andrew Simmons’ Dear Horizon is a new commission and his fifth for the company, and features a specially commissioned score by Farr, written for the New Zealand Army Band and cellist Rolf Gjelsten of the New Zealand String Quartet. Simmons’ Of Days was highly regarded by Lucire, and he had earlier created Through to You and A Song in the Dark. Now based in Dresden, he was formerly a dancer with the RNZB.
Neil Ieremia, founder of Black Grace, has created Passchendaele for the RNZB, named for the battle in which more New Zealanders were killed and wounded than in any other. This World War I battle claimed the lives of some 600,000 on both sides of the conflict. This second première in Salute was inspired by music composed by former New Zealand Army Band member Dwayne Bloomfield.
Finally, Johan Kobborg’s Salute, with music by Hans Christian Lumbye specially arranged for the New Zealand Army Band, should end the evening on a more light-hearted note, dealing with cadets who have not experienced war. Kobborg collaborated with Ethan Stiefel on the RNZB’s highly acclaimed Giselle, and created the comedic ballet Les Lutins.
Salute has been supported by the Lottery Grants Board, New Zealand Defence Force, Qantas, the Göthe-Institut, the Ministry for Culture and Heritage, national sponsor Vodafone, and Pub Charity.
Dates for Salute are May 22–4 in Wellington; May 28–30 in Christchurch; June 3 in Dunedin; June 10 in Hamilton; June 13 in Takapuna; June 17–20 in Auckland; and June 24–5 in Napier.
Further information can be found on the Royal New Zealand Ballet’s website at rnzb.org.nz.