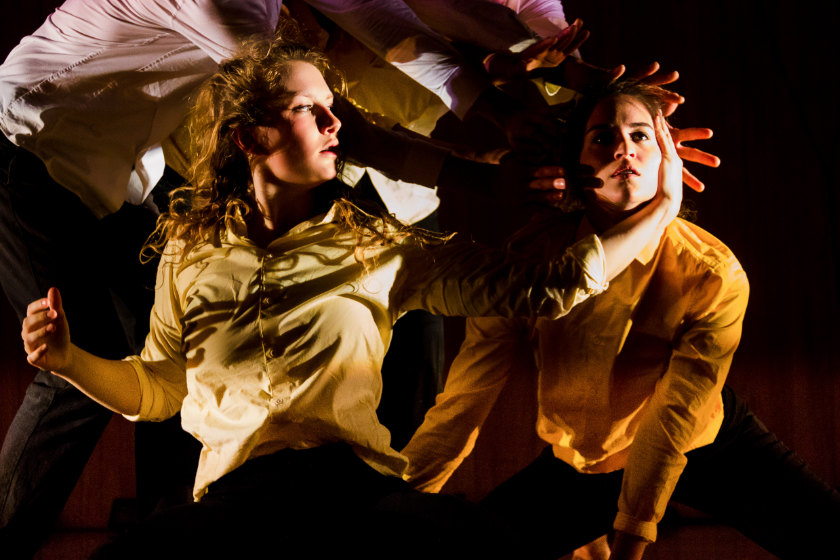 Lovers of contemporary dance in Wellington were spoiled as Footnote New Zealand Dance brought Contrast, its major season for 2017, home.
Thanks to earlier crowdfunding, the company was able to travel to Bern to work with New Zealand choreographer Emma Murray, who created Participation, one half of the Contrast double bill, then to Berlin to work with another Kiwi, Joshua Rutter.
Participation started the evening at Hannah Playhouse, a familiar venue to those who enjoyed works by Downstage over many decades. It suited the company’s five dancers well, an intimate setting which asked the audience to consider just how we affect others and what it means to be an individual.
Opening with four of the five—Georgia Beechey-Gradwell, Tyler Carney, Joshua Faleatua, and Adam Naughton—on a darkened stage in colourful costumes (by Alice Murray) with initially monotonous, synthesized music and simple, repetitive movements (each dancing in a couple of square metres), Contrast held our attention as we waited for the work to unfold. The dance is partially improvised, with one of the four occasionally breaking out of formation and sometimes affecting others. The moves became more complex, gradually accumulating along with the music, before the fifth member of the team, Anu Khapung, entering from stage right, quizzically studying her colleagues, interrupting them, before injecting herself into the routines. Afterward they would evolve into new spaces on the stage, as individuals or as pairs, asking the questions: do we affect the group or does the group affect us? Or both? Can we really be an individual without reference to others? And can individuality actually exist without a social dimension to help define who we are? Dancers took items of clothing off to put on to others, Till Hillbrecht’s music became more up-tempo, and we contemplated the questions Murray wanted us to ask of ourselves.
Milena Keller assisted Murray on the choreography of the first work.
It is a credit to the dancers that they kept up the movements so intently, with great focus and stamina.
Super Ornate Construct, by Sarah Foster-Sproull, Creative New Zealand’s Choreographic Fellow for 2017–19, was indeed a contrast to Participation. This time, the audience was treated to the five dancers wearing suits to open the performance, and a voiceover introducing us to ‘Adam’. Foster-Sproull employed cardboard props of clouds, pipes, plates, utensils, a wineglass, and arrows to help tell her story, with the four dancers delivering the props around Adam as his story was told.
The aim was to perform a meditation on the archetypal “man alone”, deconstructing and reforming him through a female lens, according to Footnote, and it succeeds, while also acknowledging that one is never alone, and never ‘not thinking’. There are flowing, rather than restrictive, movements as dancers wrestled with each other to express and grasp their frustrations and anxieties; how we relate to others and what remains in our minds when we review events and explore our relationships to others. The props eventually disappear from stage as they form a “reality” that is, in fact, a series of façades; the dancers themselves discard their clothing, too, as they, too, are part of the façade, as the work concludes with the “woman alone”.
The five dancers provided the choreographic content, and Andrew Foster served as dramaturge and composer.
The works are uplifting and the dancers particularly skilful, and well worth getting to. Wellingtonians have one more chance to see Contrast on Saturday, November 4, before the company travels to Nelson, Christchurch and Dunedin. It has already played in Auckland, Tauranga, Havelock North and Greytown. Tickets are on sale now via footnote.org.nz.—Jack Yan, Publisher 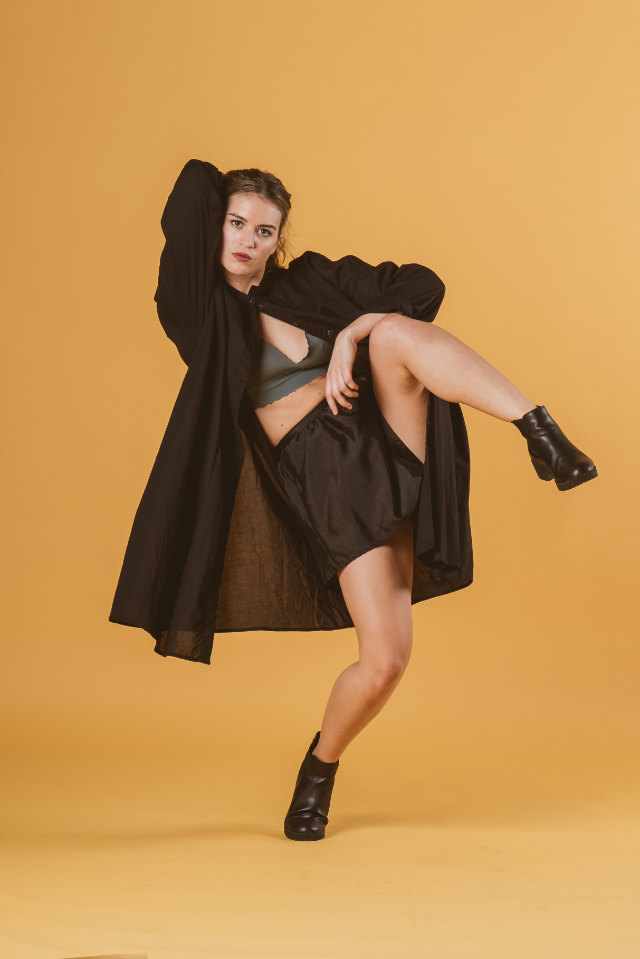