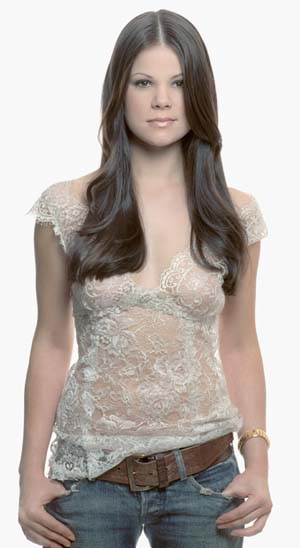 [Cross-posted] Another “refugee” story from 2006, already posted to my personal blog. But I think it’s worth a re-run, now that a Lucire blog exists.
Amber Peebles, Miss World New Zealand 2003–4 and now an MTV New Zealand host, is a bit of a fashion designer in her own right. She made the lace top at left which John F. Cooper photographed her in for Lucire last year, and I remember a red dress which she wore to a L’Oréal Professionnel hair show a few years back as well. They aren’t the only ones: long before her Lucire cover story, Amber had been inspired by old Lucire photo shoots and created images for her own clothing, which were featured in the mainstream media during the year.
I wanted to showcase these along with paintings by international New Zealand-based artist Amanda Tomasoa that were also inspired by Lucire shoots and covers. I was thrilled to see these and they are examples of how brands are owned by the people whom they contact. While legally the brands belong to one of my companies, in practice brands and their perceptions are steered by audiences. Two of the three images Amber sent me are below—and it was nice to be able to return the favour so many months later by featuring a reader and fan on our cover.
It is yet another perfect example of a brand engaging its audience, and how we, at Lucire, recognize that we are merely its stewards. Top–down branding is very passé. 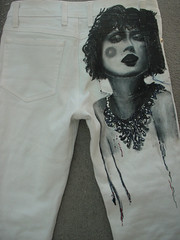 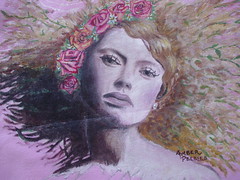