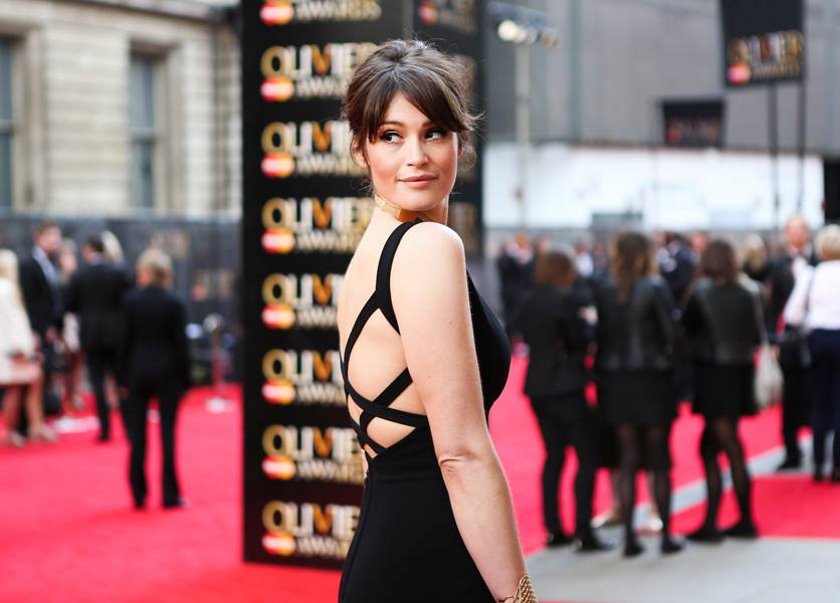 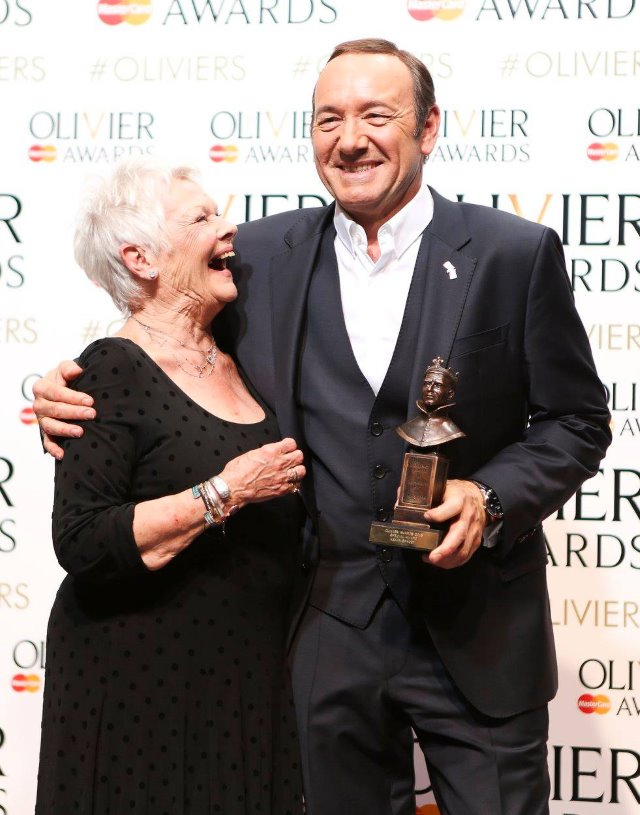 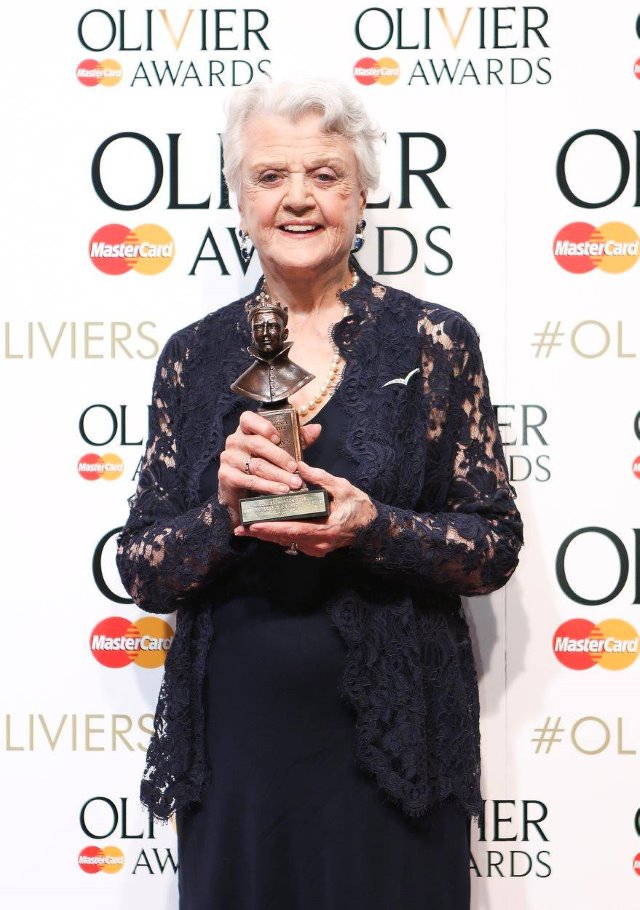 From top Gemma Arterton (Made in Dagenham) in Dsquared² on the red carpet at the Olivier Awards. Dame Judi Dench and Kevin Spacey with his award, recognizing his contribution to the London theatre. Best supporting actress winner Dame Angela Lansbury (Blithe Spirit).

After a five-day tour of their Armenian homeland, Kim Kardashian and husband Kanye West arrived in Israel, and had their daughter, North, baptized. The couple, along with Kardashian’s sister Khloë, had the service at St James’ Cathedral, a 12th-century Armenian church in the old walled city in Jerusalem, in what was described as a ‘minimalist’ ceremony. West wore white, while Kardashian wore a peach and beige ensemble.
Gemma Arterton got plenty of notice at the Olivier Awards at the weekend, wearing a Dsquared² black dress with a plunging neckline. Arterton was nominated for her role in Made in Dagenham, but lost to Penelope Wilton, who won the best actress award for Taken at Midnight. But it was Dame Angela Lansbury who was the winner getting most of the attention at the end of the ceremony at the Gielgud Theatre in the West End: at 89, she took home the best support actress award for Blithe Spirit. Other celebrities walking the red carpet were nominees Gillian Anderson (A Streetcar Named Desire) and Nicole Scherzinger (Cats), and Kevin Spacey, who received an award for his contribution to the London theatre from Dame Judi Dench.
Our final video today is from the 2015 MTV Movie Awards at the Nokia Theater in Los Angeles, hosted by Amy Schumer. Fashion highlights on the red carpet were from Jennifer López in a black blazer with a plunging neckline and Scarlett Johansson in hot pink. Shailene Woodley (with four awards), Robert Downey, Jr and Mark Ruffalo also feature. We’ll have our report from the pre-awards’ suites very shortly.