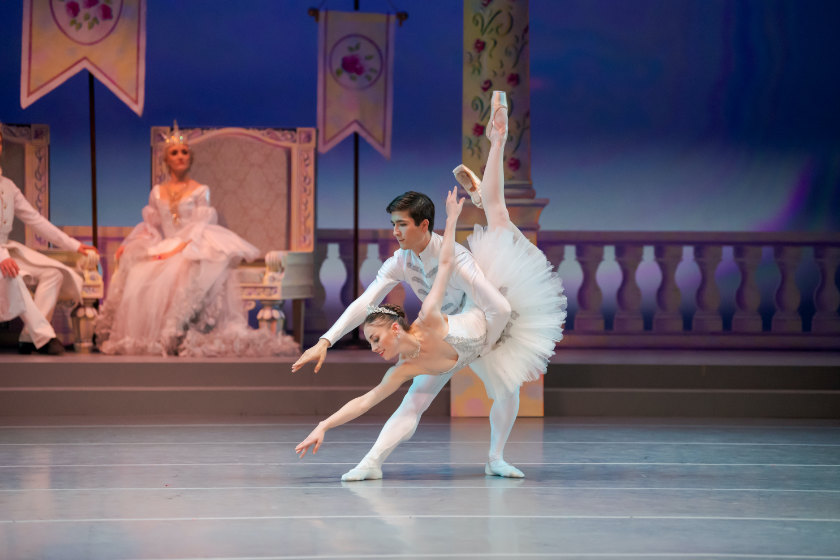 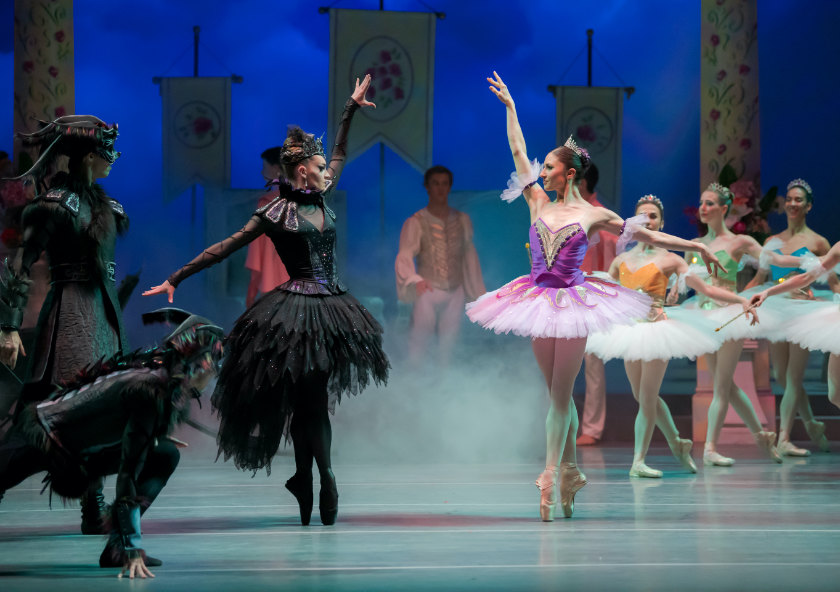 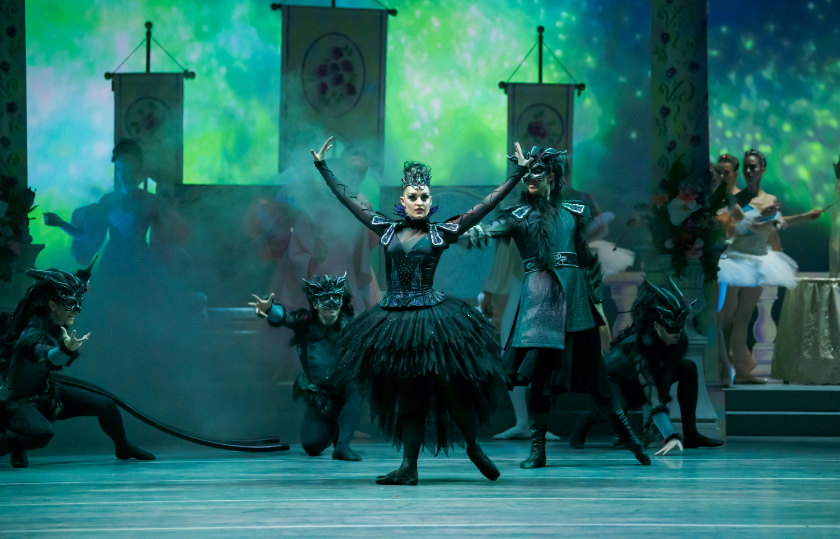 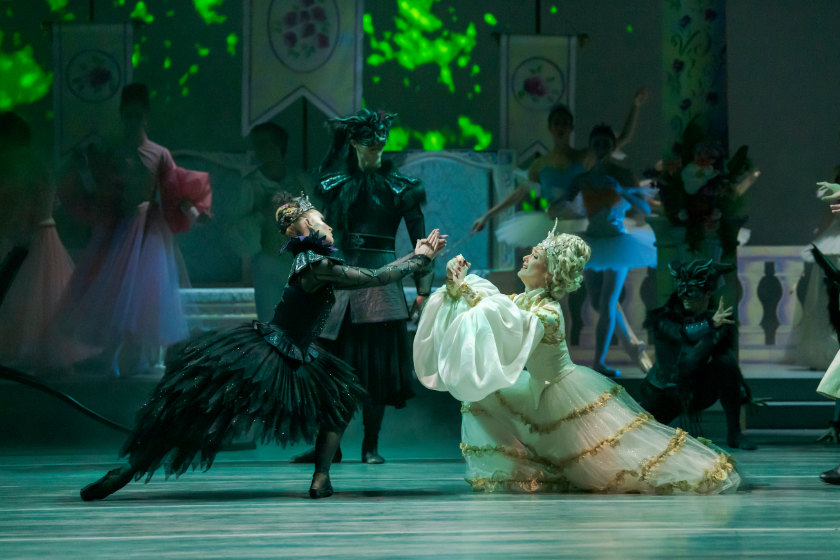 How fortunate we are in Aotearoa New Zealand to be able to attend events while the world battles a pandemic, and judging by the opening night of The Sleeping Beauty at the Opera House in Wellington, audiences were more than ready to be entertained by the Royal New Zealand Ballet.
It was a wise decision to put on a classical ballet for the end of the year, with choreography after Marius Petipa and staged by the RNZB’s artistic director Patricia Barker, with the Pyotr Ilyich Tchaikovsky score performed by Orchestra Wellington, conducted by Hamish McKeich. This was a safe bet that would bring audiences in, and what better in 2020 than a sense of the familiar, performed by some new faces in prominent roles, and an energetic company that has been all too ready to show the country—and the world—what it has to offer.
This was the first time Lucire has seen Kate Kadow in a lead role, that of Princess Aurora. Kadow had plenty of difficult manœuvres to perform, and had to be present from Act I (or Chapter Two, as listed in the programme) through to the end. A challenging pas d’action at the end of Act I—the Rose Adagio—saw Kadow en pointe for a particularly lengthy period. This is a famous pas d’action, which Kadow carried out well, and deservedly earned a round of applause. She had similar, if not as lengthy, en pointe balances in other parts of the ballet. One hopes we will see more of this experienced American-born dancer in prominent roles with this company.
Kirby Selchow relished the role of Carabosse, and reminded us just why so many actors—and dancers, for that matter—like the role of the villain. Audiences do take to them, and without spoiling it with specifics, her entrance was one of the grander and more entertaining ones for any baddie of late.
Sara Garbowski, as the Lilac Fairy, might be the one to watch—though it should be mentioned that the role has been a prominent one for some time, in some cases more so than Aurora’s. It’s the Lilac Fairy that has to countermand Carabosse’s spell, and she is present from the prologue through to the end.
Prince Désiré, performed by Lithuanian-born Laurynas Véjalis, had a wonderful grand pas de deux with Kadow in the final wedding scene, with some technically tricky steps. He made holding Kadow in his arms look effortless despite the technical difficulty and strength required.
This was a family ballet, with any scenes that might disturb children completely toned down: Désiré’s battles with Carabosse’s minions in the forest are done with plenty of dry ice on stage, and the villains are dispatched quickly; and we must also say that the awakening of Aurora was innocently done.
Humorous moments for the children, bearing in mind this is a two-hour, 45-minute production, include the pas de deux between Puss in Boots and the White Cat (Joshua Guillemot-Rodgerson and Leonora Voigtländer respectively). And it’s always a good lesson to not go for the bad boy, as Aurora does with the Rose Adage.
Ballet masters Clytie Campbell, Laura McQueen Schultz and Nick Schultz assisted Barker in staging the ballet, and Michael Auer served as dramaturge.
Donna Jeffris’s costumes were a stand-out, particularly the Queen’s sparkling gown and the use of tulle; meanwhile her work for Carabosse had a dose of drama and darkness, while Morfran’s epaulettes hinted at a certain army that terrorized Europe in the 1930s and 1940s.
As usual, the scenic design, by Howard C. Jones, is of a particularly high standard, including the use of digital elements on a screen, such as growing vines around trees during the 100 years Aurora is asleep. Jones worked on the RNZB’s much acclaimed Giselle.
Jones’s design also saw the use of Bodoni display type at the beginning of each chapter, explaining, in poem form, what lay ahead, making the ballet accessible to younger audience members.
A technical glitch on opening night did see the type fail to display for the prologue, necessitating a restart with the overture performed again—the sort of minor thing that is easily forgivable after nearly a year without a ballet to attend. In fact, the audience applauded to show their understanding and appreciation.
The child performers in the ballet added to the family touch, and their role in the garland dance was particularly well choreographed and danced.
The Ryman Healthcare Season of The Sleeping Beauty runs from October 29 through December 12, touring nationally. Further details can be found at the RNZB website.—Jack Yan, Publisher 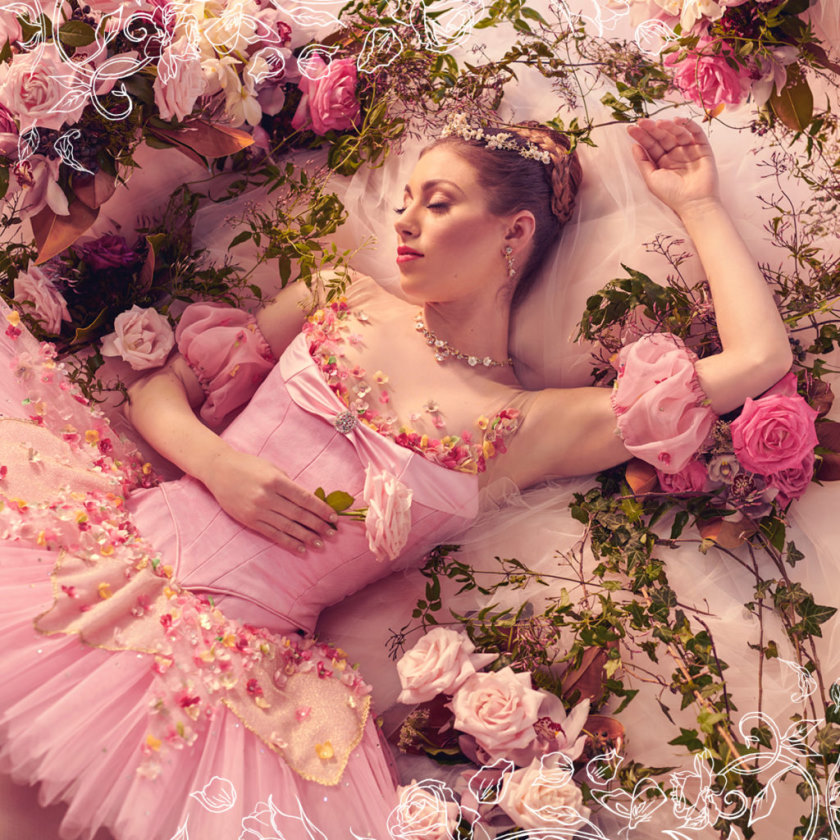 Above: Kate Kadow as Princess Aurora in The Sleeping Beauty.