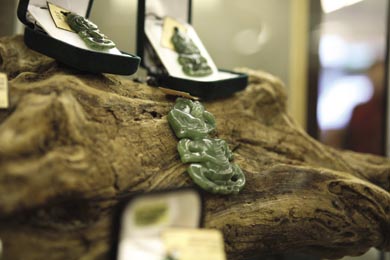 On the main part of the Lucire site today is a special travel promotion on Petone, a place which really surprised us. The historical area on Jackson Street is full of surprises, and for Wellingtonians who hold on to decades’ old views about what Petone is like, cast aside your notions. Jackson Street, Petone is actually stylish.
Tiago Espirito Santo, who has written for Lucire for a good part of this decade, reports from his native Portugal with the latest instalment of Moda Lisboa, and how they’re reacting to the economic downturn. Some of the fashion was downbeat, but there were still highlights from the Portuguese designers.
For those who didn’t get to see Jack Yan’s review of the Mini Cooper S Clubman that we published in print last year, we’ve run it on the site today. There are the usual obscure references that only car nuts will get, but we think it’s still pretty entertaining.
And we missed a mention of Montblanc’s October 1 opening in Paris in this section’s RSS feed. Its fourth store opened at 7, rue de la Paix, and the paparazzi focused plenty of their attention on 32-year-old actress Virginie Ledoyen, who looked wonderful in her vintage satin YSL dress. This was one of the events where Lily Allen proved you could show up in pink to a swanky do, and which the media have spent plenty of time obsessing over last week after she wore a hooded pink outﬁt to the Omega Constellation function at Almada (also on our site).

4 thoughts on “Chic runs from Petone to Paris”